Arp 186/NGC 1614 is one of the few highly studied galaxies in Arp\'s catalog. Oddly, the majority of his galaxies have received little attention. This one has been studied extensively at IR and radio frequencies as well as optical by the Hubble Space Telescope. It is thought to be the merger of two galaxies that is nearly complete. The tidal tails are still evident so the merger is very recent. The Hubble web page on this one tells its story so I\'ll refer you to that link for the details. http://hubblesite.org/image/2302/news_release/2008-16

Arp classed it under Galaxies (not classifiable as S or E): Narrow filaments. It is located in Eridanus and is about 200 million light-years away. It was discovered by Lewis Swift on December 29, 1885.

Besides the ordinary full image at 1\" per pixel I\'ve included a 2x enlargement of just the galaxy rotated to closely match the Hubble image so that west is at the top rather than north as the full image is oriented. 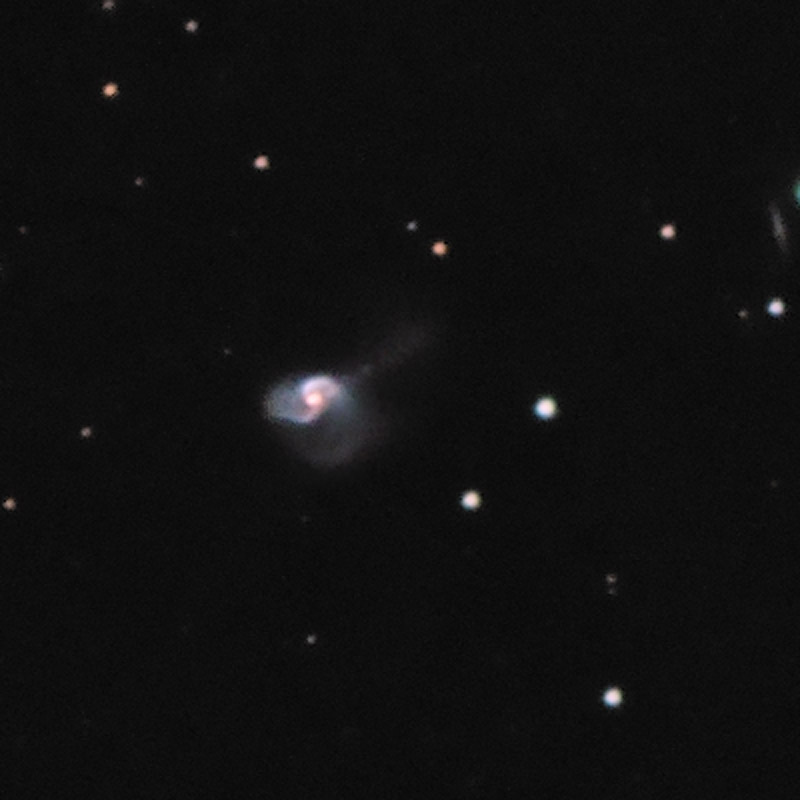 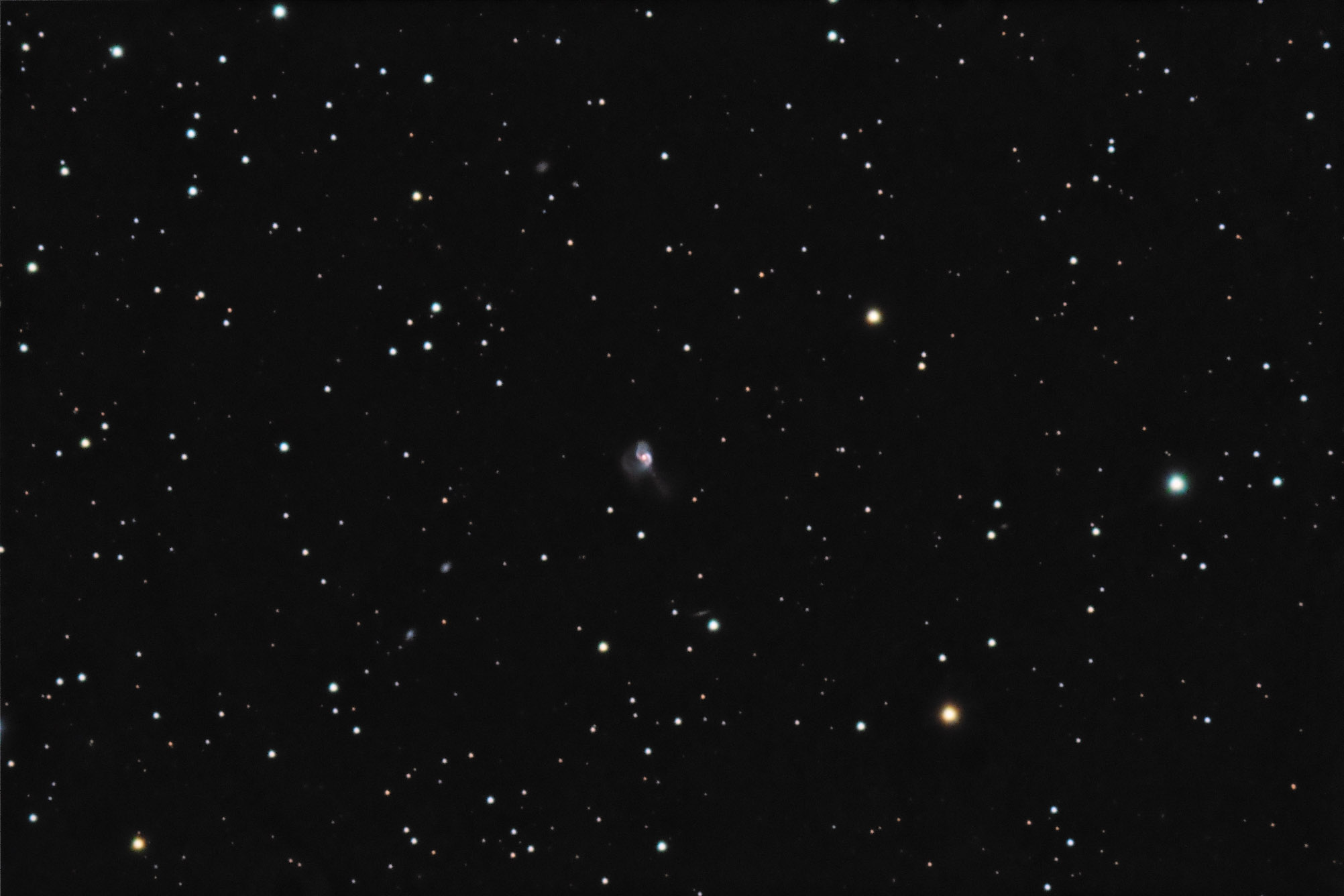