Arp 187 is classed under Arp\'s Galaxies (not classifiable as S or E): Narrow filaments. It is otherwise known as MCG-02-13-040A, a radio galaxy about 550 million light-years away.

Arp\'s image, inverted from mine, shows a faint narrow filament going southeast from the galaxy. It is best seen in my image if the image size is reduced. On the other hand, I show a large filament to the NW out of the frame of Arp\'s image. It shows on the DSS plates so is real though only slightly above my noise level. I do need to add time to this one. Arp apparently saw the NW filament as shown by his comment: \"Faint filament points to dense nucleus. Possible fainter filament toward compact galaxy to NW.\" The galaxy is located in the northeast corner of Eridanus not far from Rigel. This is likely a somewhat obscured region due to dust in our galaxy. It\'s also too far south for good seeing from my location.

This field is rather barren of other galaxies. Nor do I see a certain candidate for interaction with Arp 187. It might be that it is the result of a merger that has already happened. The northern filament passes right by a possible candidate. It\'s just right of the filament and appears like a slightly distorted star. It is the IR galaxy 2MASX J05045039-1013535. Little information is available for it. One note at NED says; \"Interacting with compact galaxy to the northwest? Radio-source. M 05-10, 6 arcmin to the north.\" Is this the galaxy the note refers to? I don\'t see it being massive enough to have caused this much disruption if at the same distance. It appears to me more likely it is far beyond it. As to the radio source, NED doesn\'t list it or show any source 6 minutes north of Arp 187.

The large galaxy near the top right of center is IC 401, an SB(rs)b? and possible LINER galaxy about 150 million light years distant. Far too close to have anything to do with Arp 187. There are a few other IR galaxies in the image but none with much information. It was discovered by Stephane Javelle on February 9, 1893. 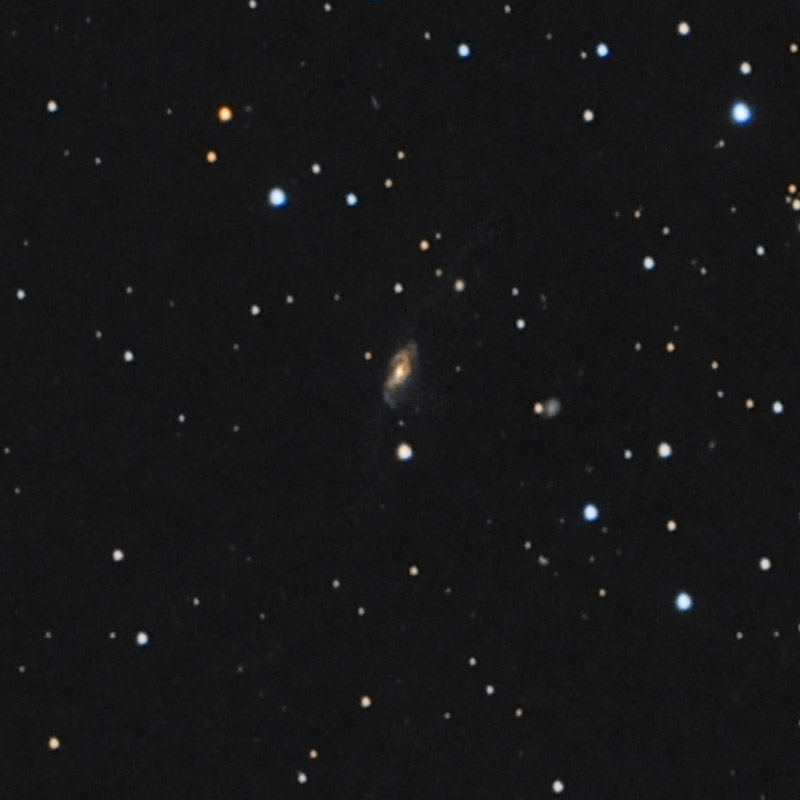 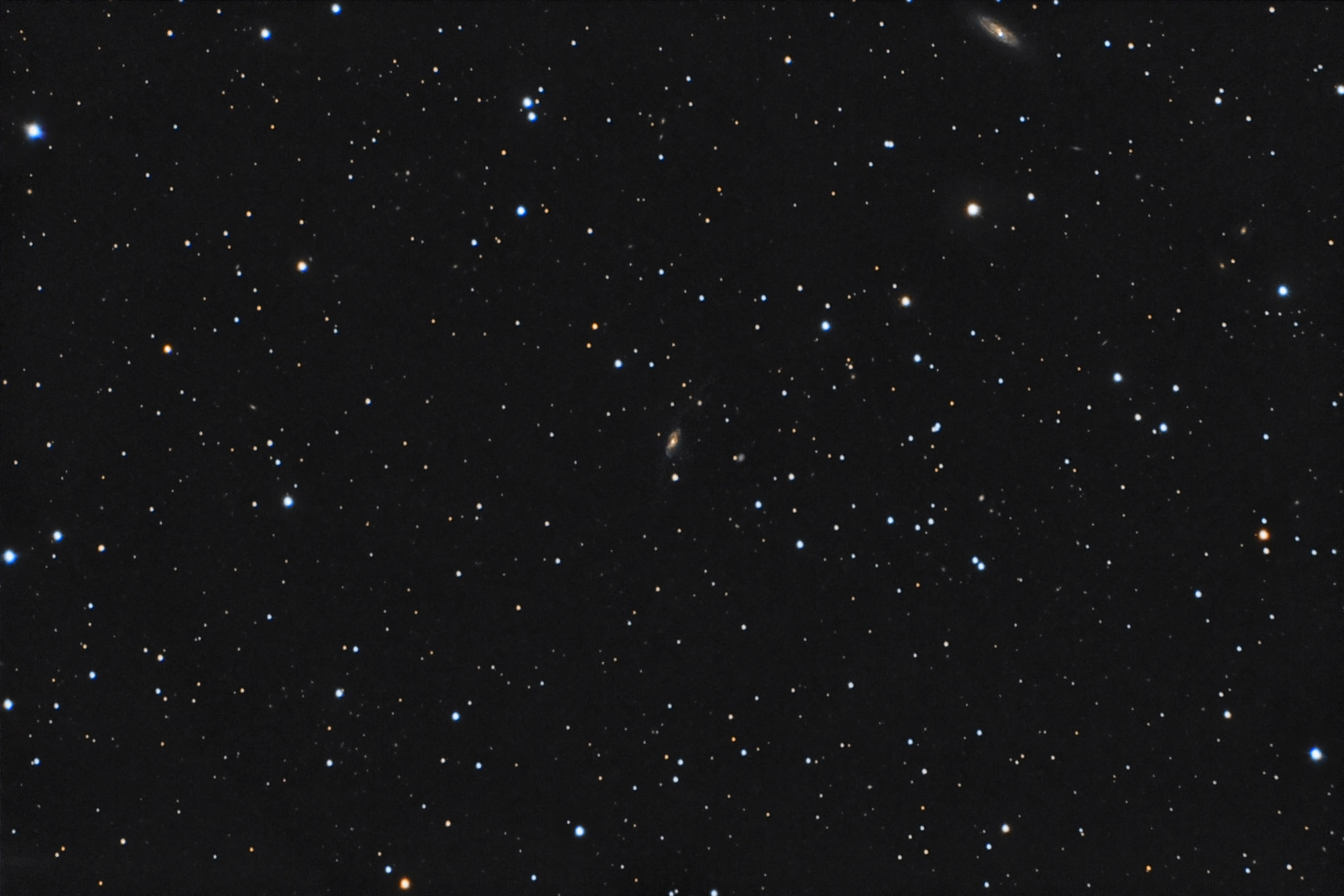