Arp put it in his category of galaxies with narrow filaments. His comment reads: \"Radio source near tail apparently not associated.\" We now know that its odd structure is due to it eating another galaxy in the recent past. The \"narrow filament\" is the remains of the galaxy showing its path around the galaxy as it was torn apart by gravitational tidal forces. NGC 4651 was discovered by William Herschel on December 30, 1783. I was somewhat surprised to find it isn\'t in either of the Herschel 400 observing programs.

I prepared an annotated image as there were some very distant galaxies on the east side of Arp 189. Probably on the other sides as well but for some reason, the Sloan survey only took redshift data mostly in a very small area of my image. All of it on very distant galaxies and one quasar. The quasar is closer than many of the galaxies! While my image is poor in focus it did go deep anyway with galaxies down to 23rd magnitude recorded. You may need to blow up the image to find some of these very faint ones. When you do you will find the field jammed with tiny faint fuzzy spots. I had thought this just background noise but when I looked up the position of these 22nd magnitude and fainter galaxies at 5 and even 6 billion light-years there was one of these fuzzy blobs dead on the position. Most agreed to a few hundredths of a second of arc. If off by more than the error circle of the SDSS data I skipped it. Only happened once. In one 10\" circle that I tested there were 5 and every one had an entry in the catalog though only 1 had redshift data. Thus, I\'m quite sure these faint blobs (blow up the image 3x or more to see them) are distant galaxies.

One galaxy with redshift data and out of the concentrated area is LEDA 140003 in the lower left corner. NED gives it two entries with no indication that they are duplicates. Both are listed in the 18th magnitude range with positions less than 1 second of arc (less than one pixel) different. The redshifts were slightly different as well. I\'ve listed both on the annotated image. There does appear to be a second bright area that is below the core by three seconds of arc, far more than the separation NED shows and in the wrong direction. Both are listed with a position error circle of 1.25\" of arc, more than the difference. But this doesn\'t explain the difference in the radial velocity measurement.

I\'ve listed a few of the brighter galaxies that had no redshift data by catalog name. This is followed by a question mark as the distances are completely unknown.

APOD image deeper than any of the above or mine with overlay of the path of the doomed satellite galaxy:
http://apod.nasa.gov/apod/ap100415.html 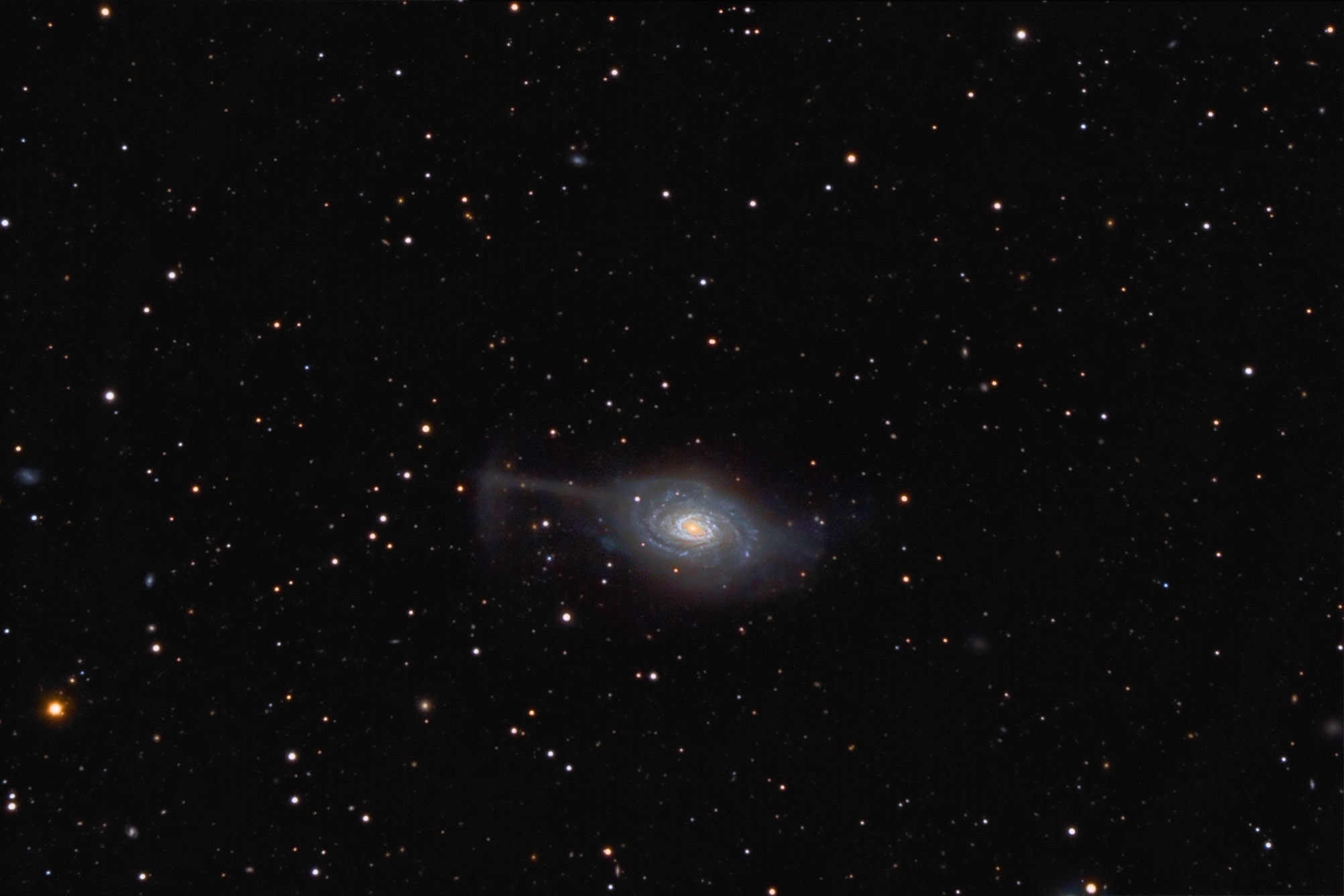 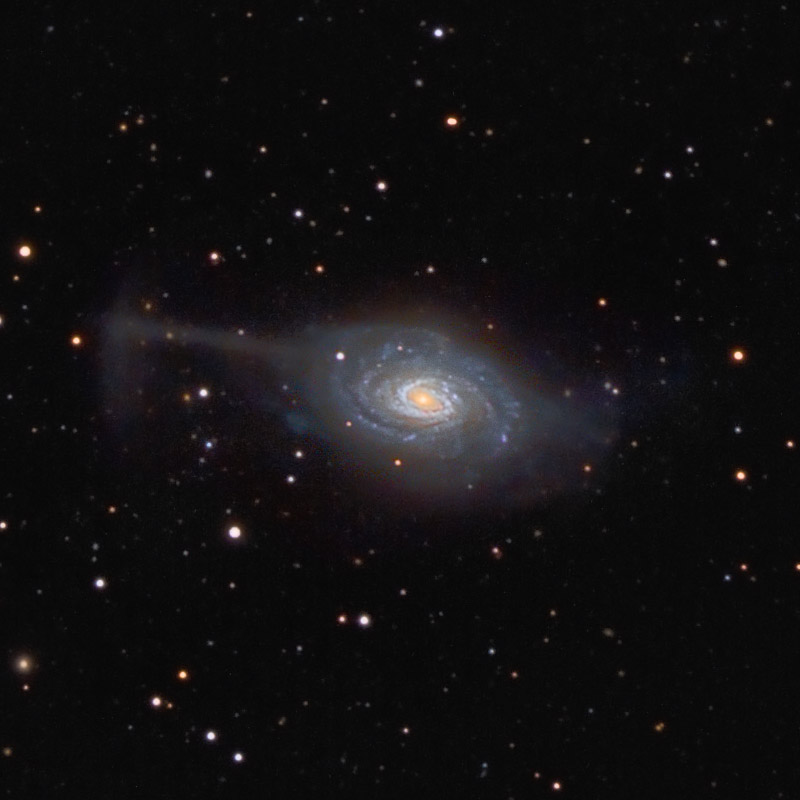