Arp 193/IC 883: Located in Canes Venatici about 330 million light-years away. it was discovered by Rudolf Spitaler on May 1, 1891. It appears to be the result of the merger of two disk galaxies. The two plumes make this quite obvious. Arp, however, had to go without this information as little was known about the formation of galaxy plumes at the time of his atlas. All he could do was categorize them based on appearance. So he put this one in his galaxies with narrow filaments category. His comment reads: \"Faint straight outer spikes, hard knots in main body.\" If he suspected a galaxy merger he never mentioned it. The CGPG catalog says of this one: \"Blue post-eruptive patchy compact with sharp jets southwest and southeast.\" Again a pure description. \"Jets\" would indicate they too never suspected a merger or that these were tidal features. To be \"jets\" they\'d have to be expelled with force from the galaxy rather than ripped from it by tidal forces created by the gravity of the merging galaxies.

NED classes it as Sb sp LIRG. How they see it as an Sb spiral I can\'t fathom. Nor does the sp seem to fit. That\'s always meant to me a spindle galaxy. LIRG does fit as that stands for Luminous InfraRed Galaxy. It is very bright in near IR light taken by Hubble (see below). Usually, this designation means it is a near starburst galaxy or maybe a starburst galaxy. A merger certainly could do this.

This is one that the HST has imaged. Its image is made from 3 images taken at 435nm which is right up at the violet/ultraviolet border and 2 taken at 814nm which is in the near-infrared. I assume a pseudo green image was made by combining the two. The two image were then assigned to blue and red to make the image. This results in rather different colors than I get using filters that take in all of the visible spectrum. But they do get a \"little\" more detail.

In my annotated image you\'ll find near the top border, left of center, an object I\'ve labeled XG for X-Ray galaxy. It was discovered by the XXM-Newton X-Ray Multiple Mirror satellite. NED shows it as XBS J132052.5+341742 ID and lists it as a AGN1 galaxy rather than a quasar. Sloan, on the other hand, says it is just a star. So where did the redshift measurement come from? This paper it appears. http://adsabs.harvard.edu/cgi-bin/bib_query?2008A%26A...477..735C
Star or near quasar? NED agrees with the X-Ray satellite data. As usual, there are some interesting galaxies for which I found no redshift data, at least all I checked on were listed for a change.

A piece of space junk flew through the frame. I usually remove these but decided to let this \"tumbleweed\" remain as it had some character. I did remove a more normal one that didn\'t make the cut.

About all those spikes on some bright stars and none on others. Seems as the temperature warmed and froze last winter I had screws come loose. First, it was the set screws holding the camera on the scope. They can\'t come loose enough to drop the camera but did allow it to sometimes tilt in some positions. Doesn\'t take many microns to screw things up but good. Next came the screw in my brain which didn\'t think that if those worked loose maybe others did too. So I continued on in ignorance. Then one day, right before this was taken, in fact, I found the filter wheel returning error messages, it wouldn\'t turn. Opening the camera (which had just been retightened a few days earlier from the previous screw issue) I found TWO filters had fallen out of the filter wheel. Trying to turn the wheel just scraped them causing some sleeking. Now whenever a bright star hits one of these narrow sleek marks it generates a spike. Since the wheel turned several times before jamming and the filters moved each time a couple sleeks cross. A star hitting that point generates two spikes, one for each sleek. I didn\'t get the budget in order to replace them (replaced all 4 with Generation 2 filters) until May. Then I found I was shorted the luminance filter which was not a problem to get replaced, Astrodon was very good about it, but I had to wait for the next production run which took until late June to arrive. So you will be seeing a lot of these. The sleeks flat fielded out nicely but did generate spikes. So until I get to the late June images, spikes like these will sometimes be an issue. Also, the nasty blue halos I\'ve dealt with (poorly at times) are a thing of the past with these new filters. For now, we enter the \"Sleek Period\" of my digital imaging career. 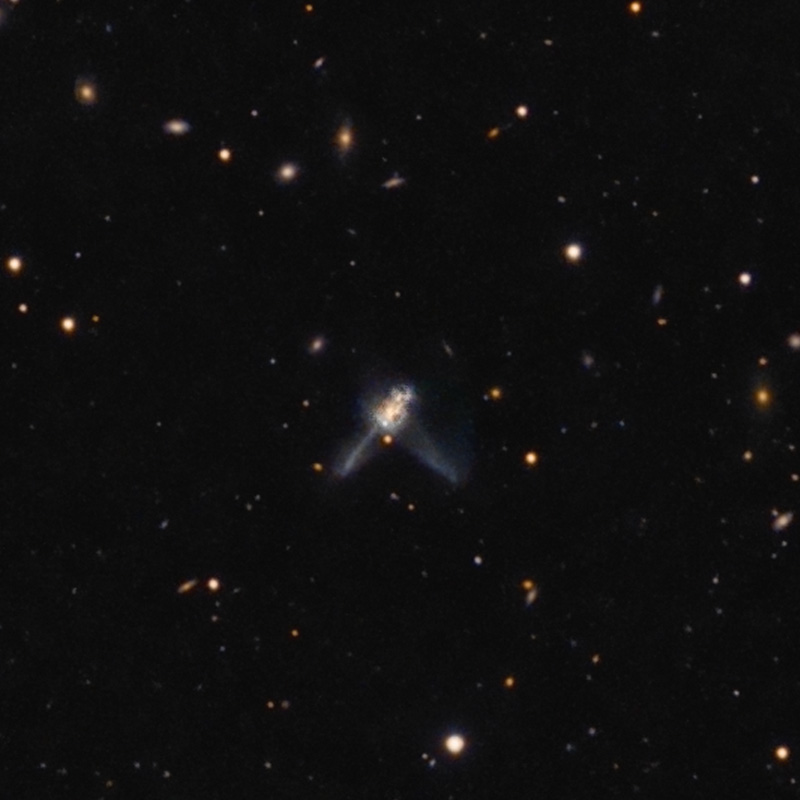 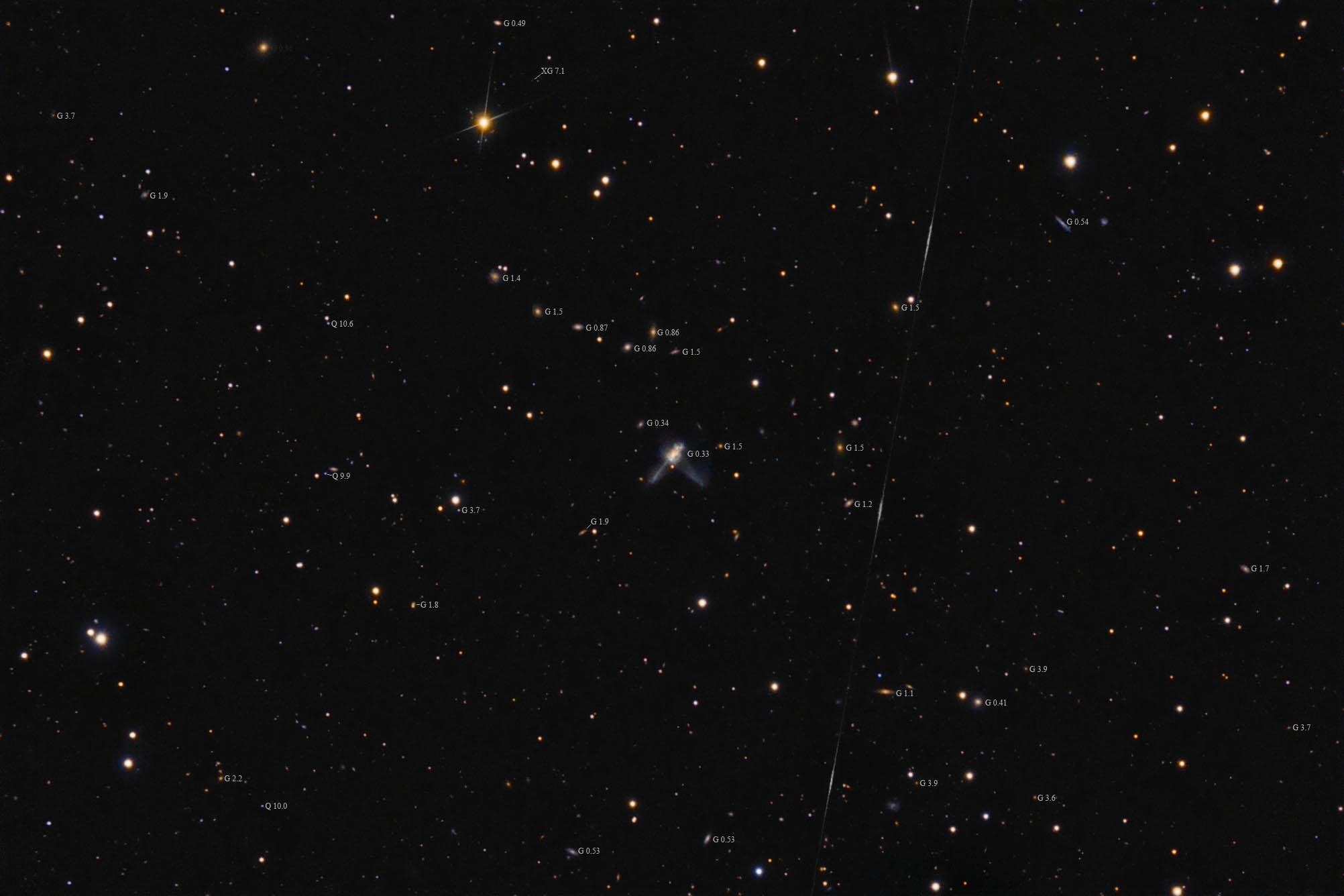 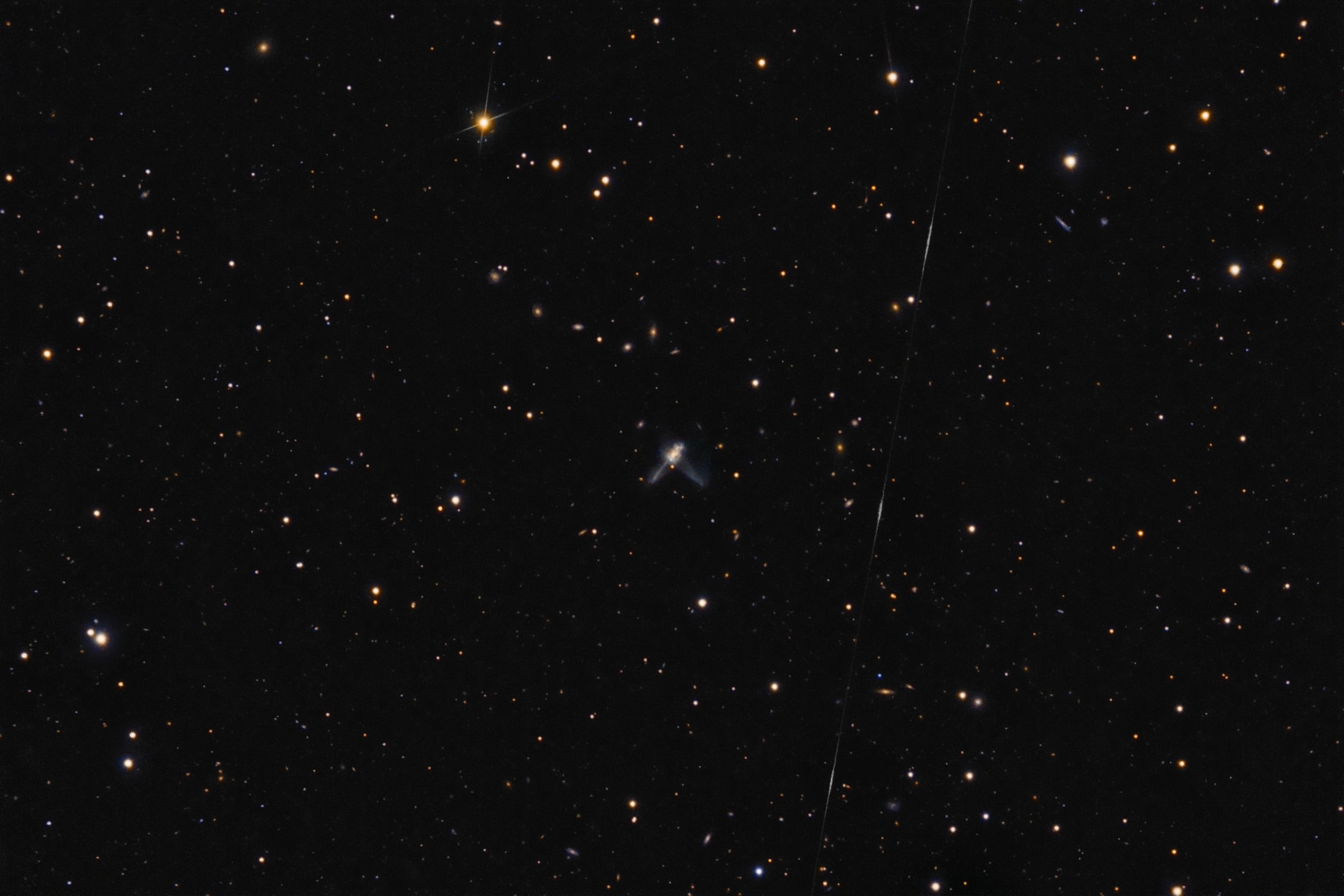