Another twofer deal. I keep finding it interesting that he often finds two entries in one field and other times ignores equally peculiar galaxies in other Arp galaxy fields. The pair is located in the constellation of Coma Berenices. They are located 958 and 979 light-years distant so likely members of the same group.

Arp 60 is left of center and slightly closer by redshift measurement. It is in his category of Spiral galaxies with small, high surface brightness companions on an arm. One of his larger categories. NED had no redshift data on its \"companion\" so not certain it really is one. Though there is what might be a third arm on that side that is fainter and less well formed as if tidal effects may have helped cause it. While I see no connection between the two in my image, the Sloan, nor Arp\'s images, NED says of it; \"small, high surface brightness companion on end of arm M51 Type.\" What do they see that causes this statement? The SDSS shows it both as a galaxy and a quasar! That seems highly questionable. It is also in the 2MASX catalog of infrared sources. I\'m not sure it was in any catalog before Arp put it in his atlas. NED only lists it in catalogs that are far newer. Could it be he found it when he added Arp 196 to the atlas? The \"companion\" is SDSS J131446.02+260629.8. NED shows it in no other catalog. NED doesn\'t attempt to classify either member of the pair though the main one is clearly a spiral. The other may be S0 or an edge on spiral. I lean to S0.

Arp 196 is likely a real pair of interacting galaxies. Arp put them in his odd category: Material ejected from Nucleus. Does he think one was ejected from the other or both ejected their tidal plumes? Back when the atlas was compiled tidal plumes weren\'t well understood. Still, I have problems with most galaxies in this category.

Both show severe distortion unlike Arp 60. The smaller, southern member is listed in the 2MASX catalog as an IR source and the SDSS as a galaxy. The pair carry the designation CGPG 1312.2+2623. This catalog dates back to at least 1971 and may have been partly compiled by the time Arp was looking for his peculiar galaxies. Again, NED shows no other catalog entry for the pair that could have existed at the time of the atlas. These would likely be unknown galaxies if not for inclusion in his atlas. The only comment at NED on the pair reads: \"In a post-eruptive interconnected pair of neutral compacts. 45 arcsec [south-south-west] of CGPG 1312.2+2623 NED01. Barlike.\" The northern member also made the PGC catalog as PGC 046054. Other than that it is quite obscure as well. NED makes no attempt to categorize either member.

The annotated image shows three other galaxies that are about the same distance as these two so likely members of the same group. 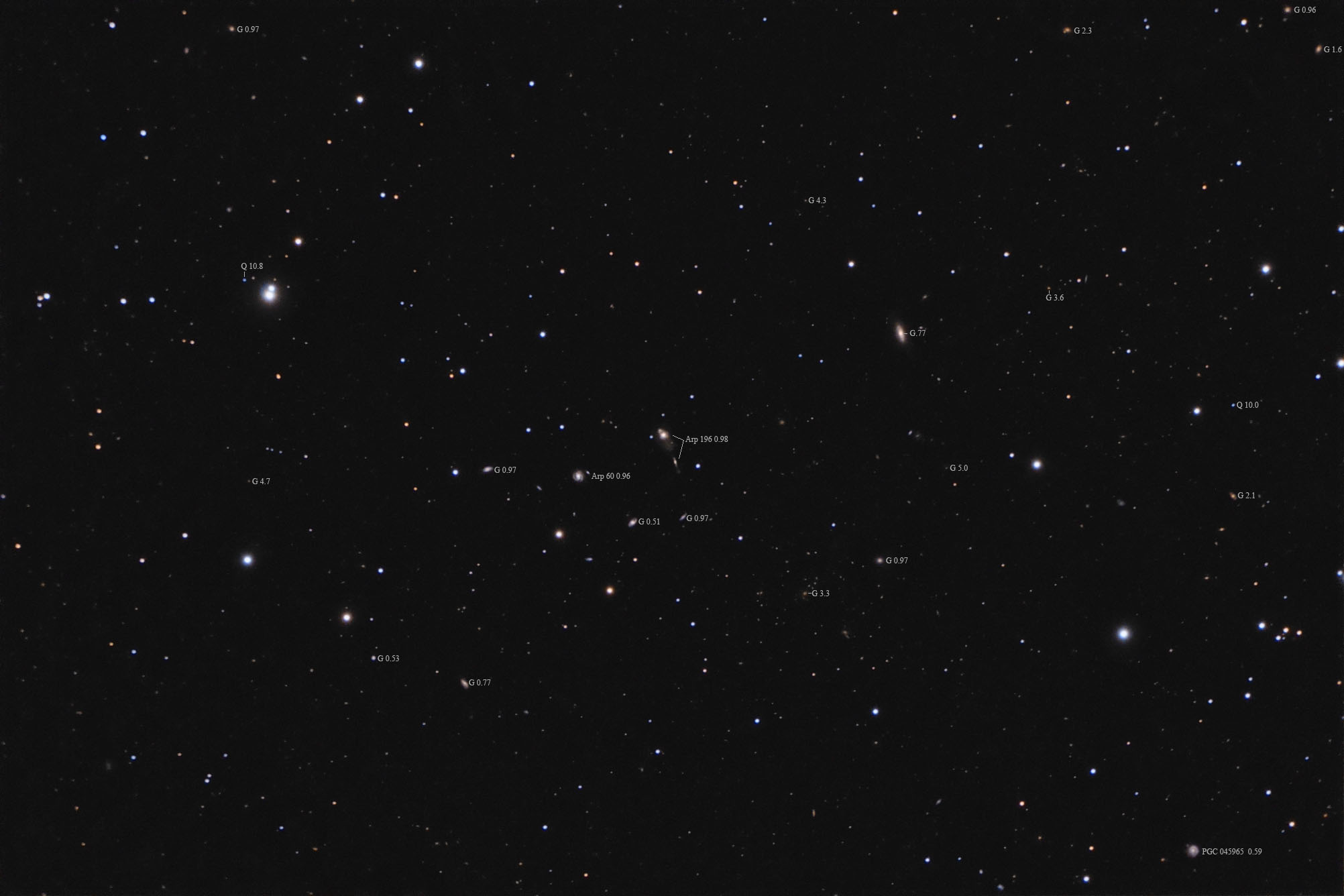 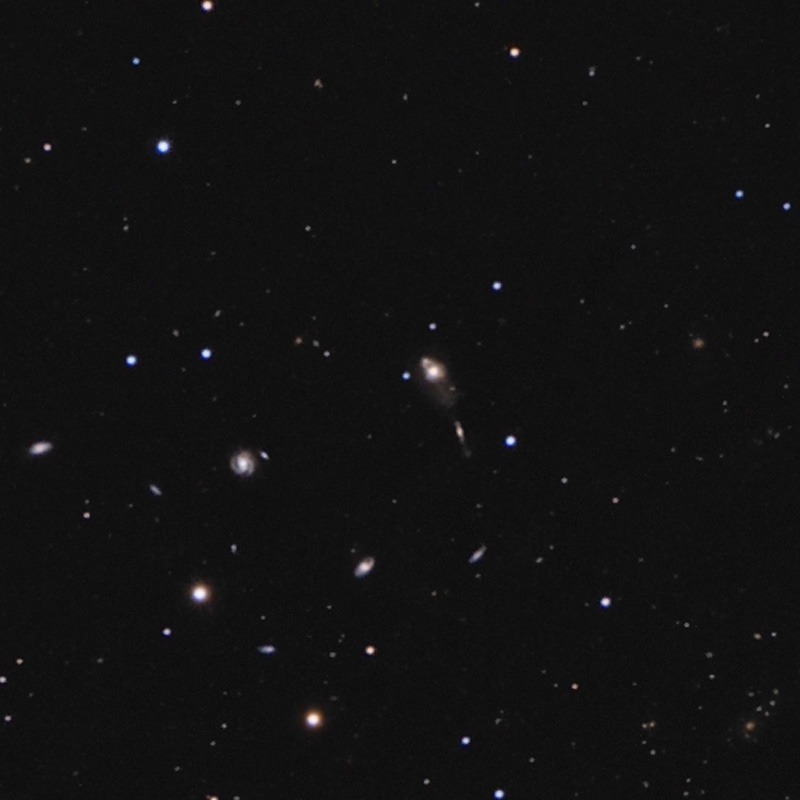 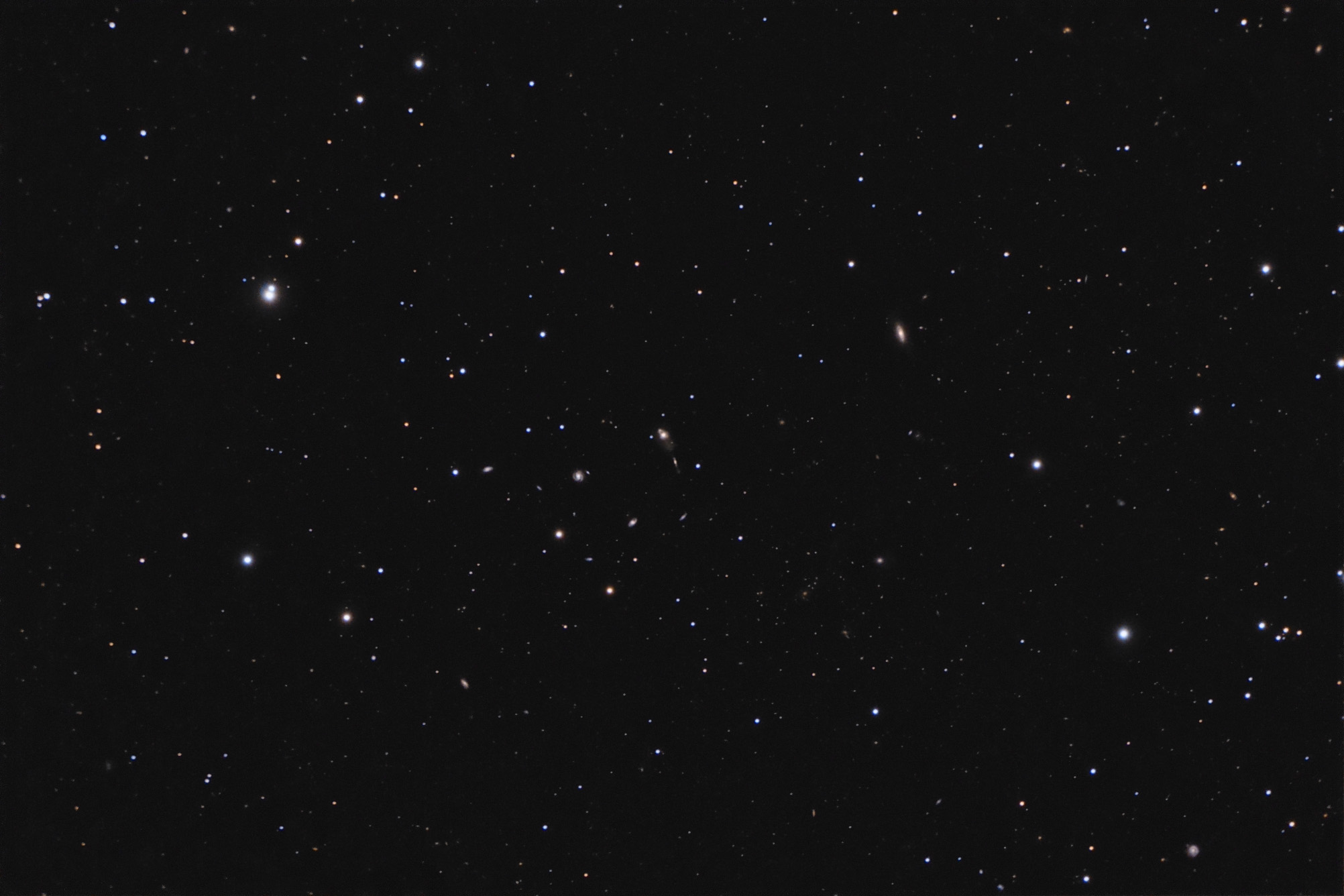 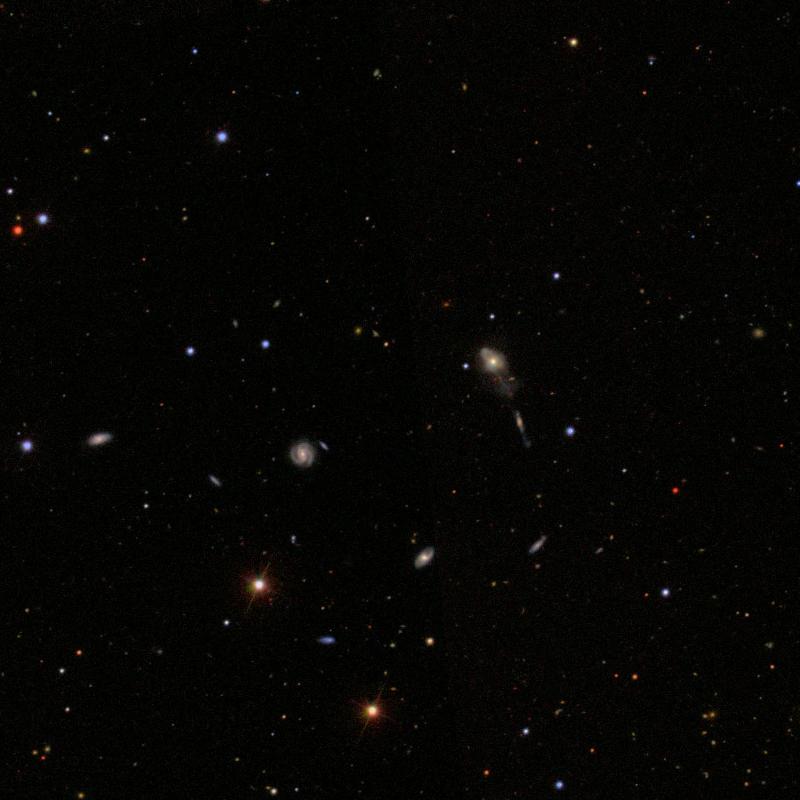