Arp 209/NGC 6052/64 is a rather well studied Luminous IR galaxy. To me, it is simply a mess of galaxy parts in Hercules, just north of the famous galaxy clusters in this constellation. It is about 220 million light-years away. Arp put it in his class of galaxies with irregularities, absorption and resolution. His comment read: \"Chaotic with loops.\" I really don\'t see those \"loops\" in his image, but plenty of knots. This galaxy was recorded twice in the NGC catalog, not because it was recognized as two galaxies but because of a position error. NGC 6052\'s position was the more accurate so is the designation usually found for this galaxy pair. It was first found by William Herschel on June 11, 1784 but he got the position somewhat wrong resulting in the NGC 6064 designation. 80 years later on July 2, 1864 got the position right resulting in the NGC 6052 designation.

In Arp\'s time, most papers considered it one galaxy though a few said it was two interacting or merging spiral galaxies. Today is it clearly a pair of galaxies that are merging. The attached HST image made from two plates at the HST legacy site clearly shows one to be a face on spiral. The other, to its left, is mostly a vertical strip of stars. Some papers say it is also a spiral, others an irregular galaxy. NED calls the obvious spiral on the right an Sc. One place it adds Pec. It does the same for the left galaxy. Hard to agree or disagree with that. One paper says: \"The interpretation of Mkn 297 as the merger of two disk galaxies is inconsistent with the findings by Burenkov (1988), who concludes from spectroscopic observations that the abundance gradients of nitrogen and oxygen are only consistent with one spiral galaxy; the second galaxy is probably an irregular.\"

In any case, those knots, as well as the bright cores, are areas of tremendous star formation. Most are O to A0 one paper says.

In processing the color for this one I thought I had really screwed it up. The Sloan image shows the galaxy to be shades of blue with no hint of a golden core. But my color came out very different. Nowhere was it as blue (likely the vivid blue is due to UV light from the O stars) and it had hints of reddish areas. Then I assembled a color image from HST data at the HST legacy site and those resolved red dust lanes and some apparent H alpha regions right where my reds were located. So I made no adjustments and went with what I had. I do need to redo this under better skies. I\'d originally decided this one couldn\'t be saved but after the great results of Arp 220 taken under similar conditions, I decided to give it a go. I\'m glad I did but still a bit unsure if the color is right. I couldn\'t find any other color images on the net of this one. HST image made from a deep red filter of 707nm and a green filter at 555nm. The latter was assigned blue and a pseudo green was created. This was the best I could do with the filtered images available. Obviously, those colors are not correct. Still, they tend to reflect what I got for what that\'s worth.

As usual, I prepared an annotated image showing distances in billions of light years to galaxies and quasars. One galaxy near the bottom right of center looks quite active. It is 2MASX J16043802+2024143 so strong at 2 microns and is also known as NVSS J160436+202422 (NRAO VLA Sky Survey) so a strong radio galaxy. Lots going on in this one but I found little else on it. So it is just labeled by name. Further west (right) is a trio of galaxies, none with redshift data and the northern, noted by a question mark isn\'t even in NED\'s database! I tend to find one an image without really trying. 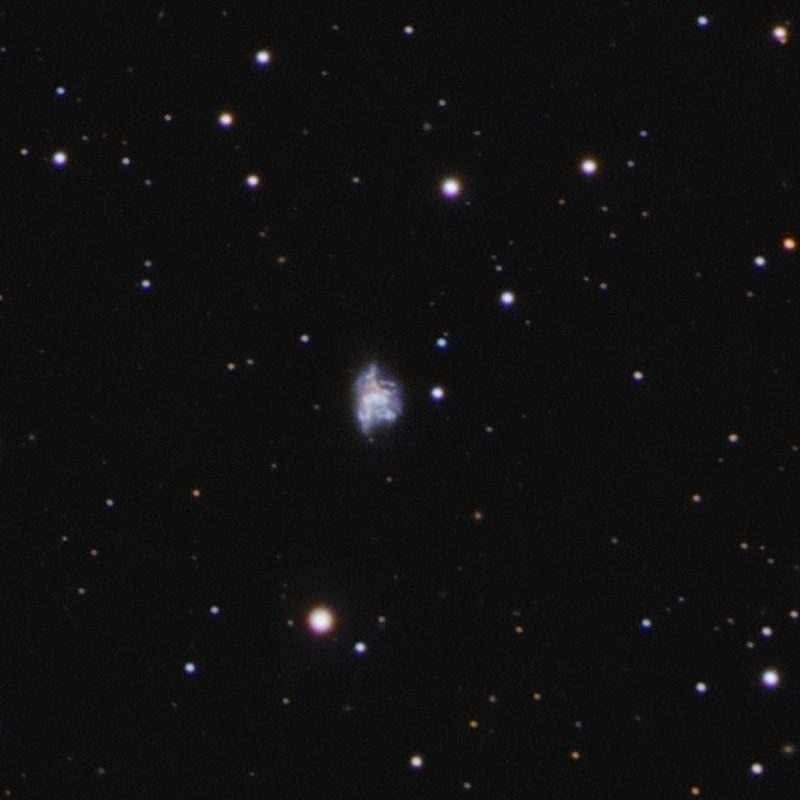 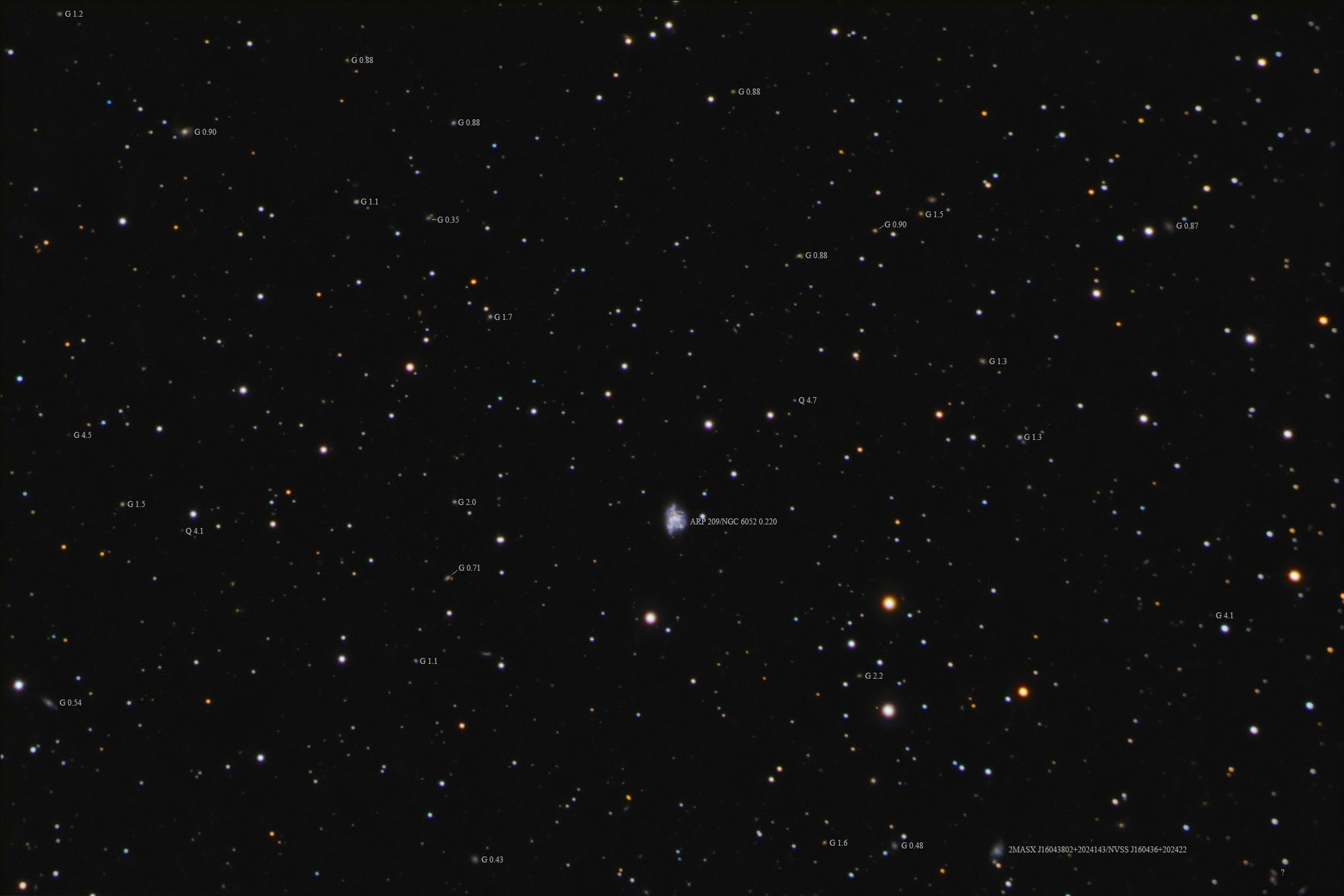 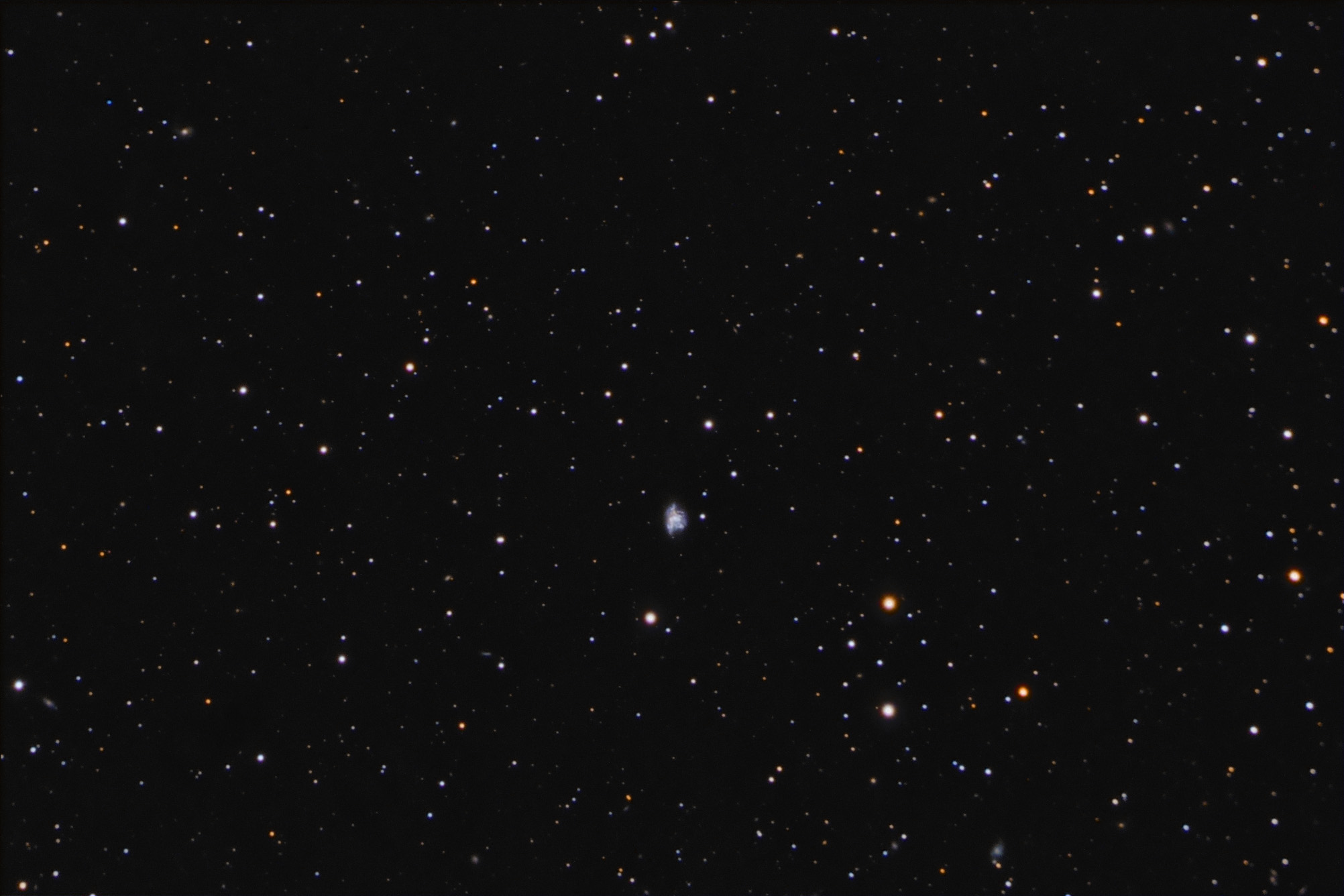 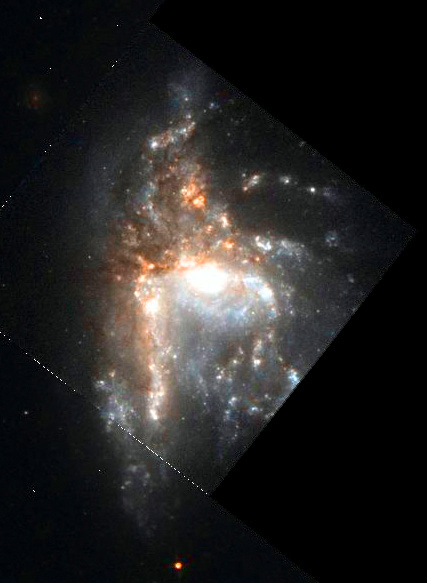