ARP 215, NGC 2782, is thought to be the result of two galaxies that have almost merged. The core is still elongated and appears double at some wavelengths. The debris of the merger hasn\'t yet merged with the resulting galaxy but likely will. It is classed as SAB(rs)a and is a starburst galaxy. Some consider it a Seyfert 1 galaxy. Others say this is an illusion due to the massive star formation going on in its merging nuclei. The galaxy is about 125 million light-years distant and is found in southwest Lynx, north of 38 Lynx. It was discovered by William Herschel on March 18, 1878 but isn\'t in either Herschel 400 observing programs.

It is peculiar enough to make Arp\'s catalog under his class: Galaxies (not classifiable as E or S); adjacent loops. Not having today\'s multiple wavelength data he didn\'t likely know it was a merger situation. He just knew there were no galaxies in the area that could have interacted with it so its distortion was without an obvious explanation.

While the edge on spiral (SBb) to the southeast, UGC 4872, may seem to be involved it is three times as far away at 380 million light-years.

As there\'s quite a bit of information on the background galaxies thanks to the SDSS, I\'ve made an annotated version showing the distance in billions of light-years to the more distant galaxies and quasars. Note the one west of Arp 215 at 3.9 billion light-years is the upper object. There\'s a star about 3\" south. The galaxy is at magnitude 21.0 in visual (SDSS G filter) light. Limiting magnitude on the posted image is about 22.5. My data goes a bit below 23 on the Lum FITS. The image is not as deep as I\'d have liked. Transparency wasn\'t very good these nights though seeing was fairly good.

Sometimes the SDSS data base in NED mystifies me. Below and a bit right of Arp 215 are two galaxies, one at 1.3 and the other 1.9 billion light-years. The galaxy in the middle isn\'t in the database. But if you look closely just to the left of it near its northern end is a very dim star, below 22nd magnitude. The SDSS puts at the location of the galaxy, noting it is a star and lists its magnitude as 20.4 which is way too bright for the star but dimmer than the anonymous galaxy. It is noted with a question mark in the annotated image. I included it to point out the more distant objects in the image.

There\'s one quasar identified in the image as well. Most of the galaxies with red shift data are between 1.2 and 1.4 billion light-years.

There are a few HST frames in the archive but they need so much work to salvage and don\'t appear to add much to this discussion I didn\'t try to salvage them.

Arp\'s image is one of his best. Core does appear possibly double rather than just a short bar.
http://ned.ipac.caltech.edu/level5/Arp/Figures/big_arp215.jpeg 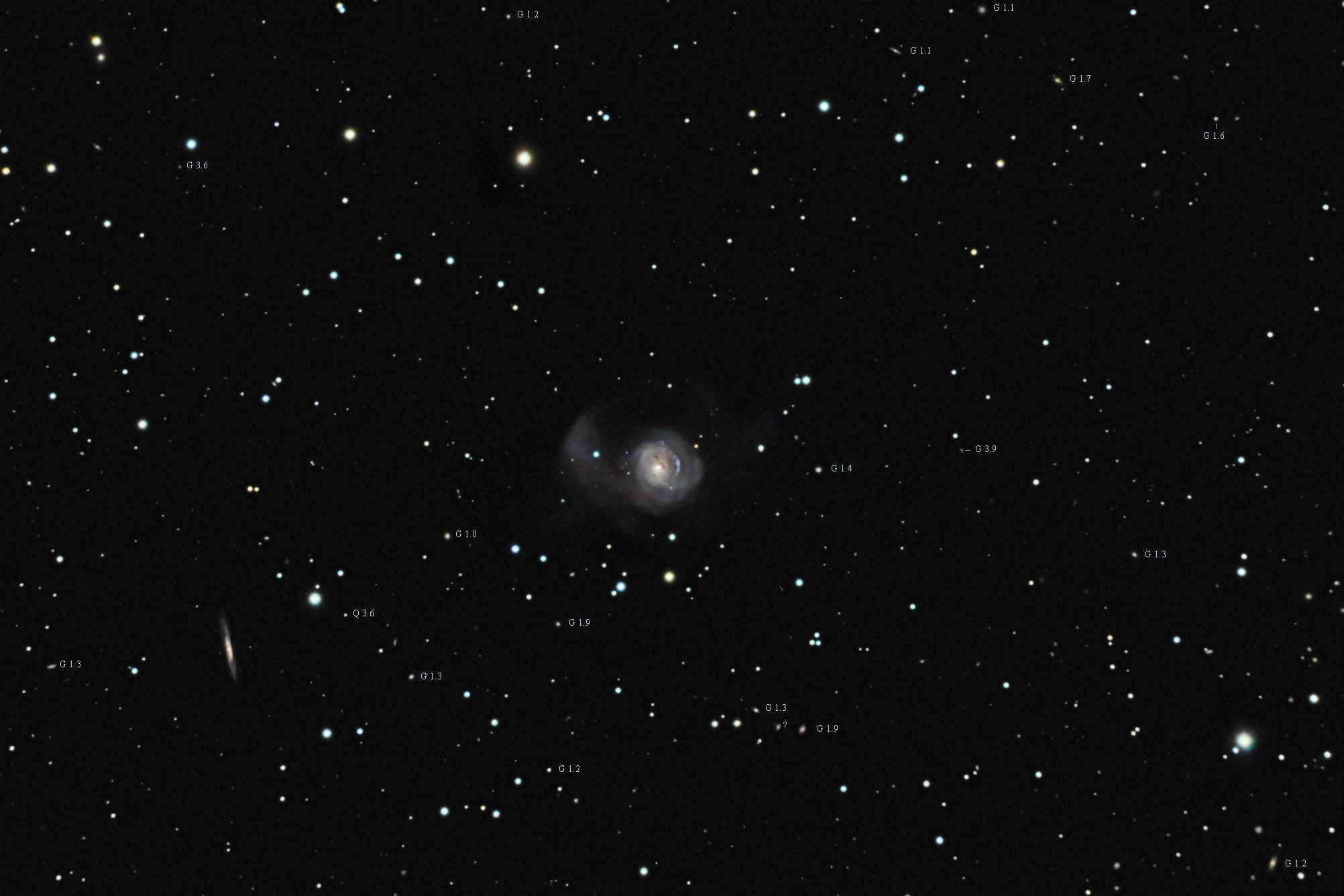 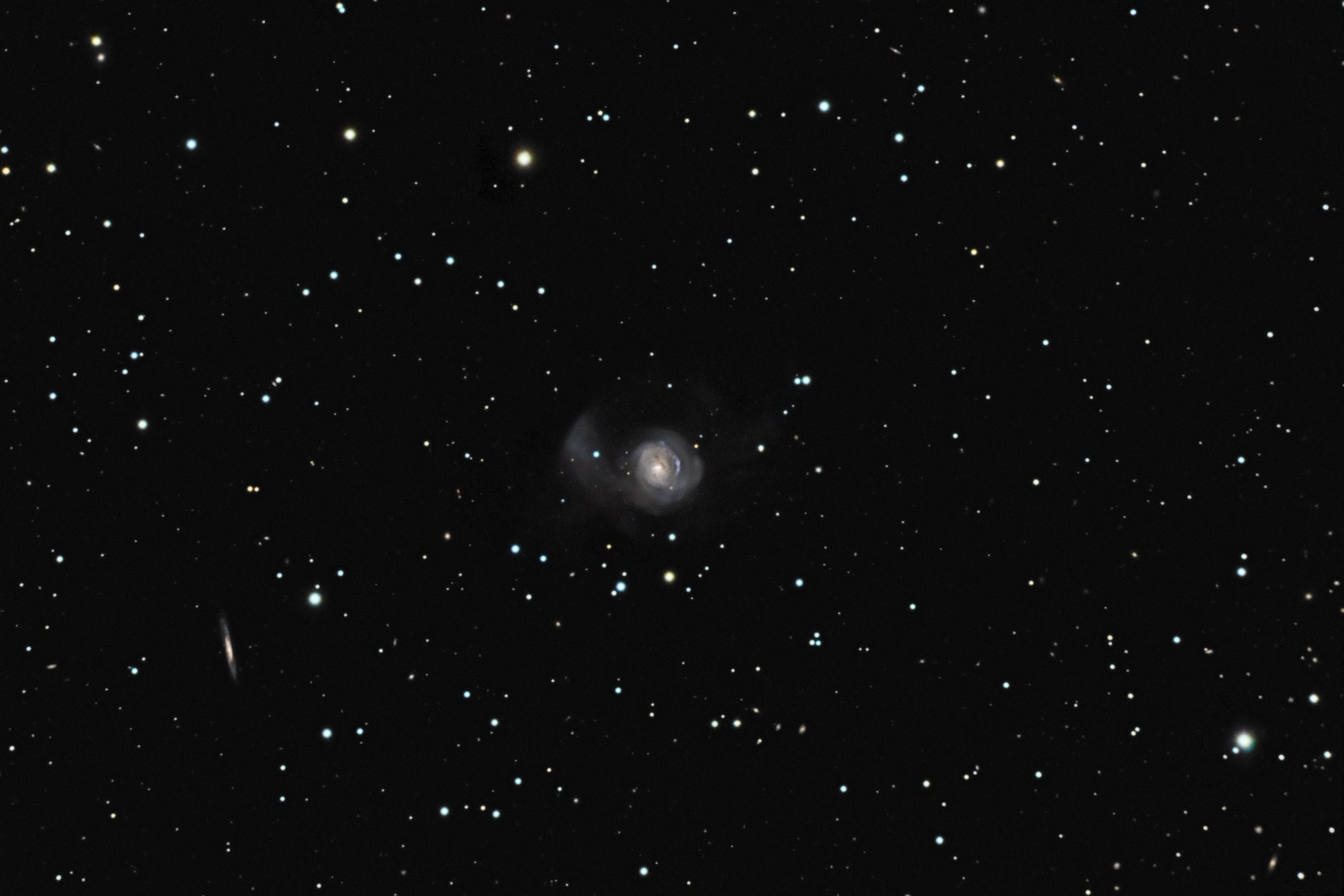