If only we were 400 million light years closer this one would be a grand object.

NED considers Arp 219 a galaxy pair known as UGC 02812. The main distorted galaxy and the small reddish galaxy within the large tidal arc. It is classed as SB pec. Its redshift puts it at about 460 million light-years. Its tiny reddish companion has no redshift data. The \"companion\" also shows no sign of distortion. So which, if either, of the nearby galaxies; the \"companion\" PGC 200217, UGC 02814 or CGCG 391-022, latter two discussed below, caused the tidal disruption is a mystery to me.

I was totally unaware of the huge tidal loop that appeared. It didn\'t show in the raw images until they were calibrated, and then only in the luminosity data. I needed far more color data to show it clearly. Thus its color is very uncertain in my image. Another for next year. Of the main galaxy, MCG +00-10-009, one note at NED says; \"3-4 components in contact. The far components elongated. Remarkably large arc.\" I should have read the note before imaging it! Arp, on the other hand, says \"Faint arc and filament on N side.\" Apparently, he saw the start of the huge arc.

Since there is no candidate for the collision one possible answer is that this is a merger of two galaxies so the galaxy contains its \"attacker\". This would explain the multiple parts mentioned but not resolved in my below average seeing image. The arc of stars will likely fall back and rejoin the galaxy in a few hundred million years. The galaxy will likely be an elliptical by then. Now if we could just come back in a few hundred million years and see if I\'m right.

Arp 219 is classed by Arp as: \"Galaxies (not classifiable as S or E); adjacent loops.\" Though the main loop shows in his photo the very large faint loop I didn\'t realize was there is only hinted at in his photo and, in fact, goes out of the frame so it appears he wasn\'t aware of it either. But he didn\'t have the internet to help him out as I did.

There\'s yet another galaxy at about the same redshift as Arp 219 in the image. That is CGCG 391-022 at 470 million light-years. It is the largest reddish elliptical galaxy toward the upper right, NW, corner. 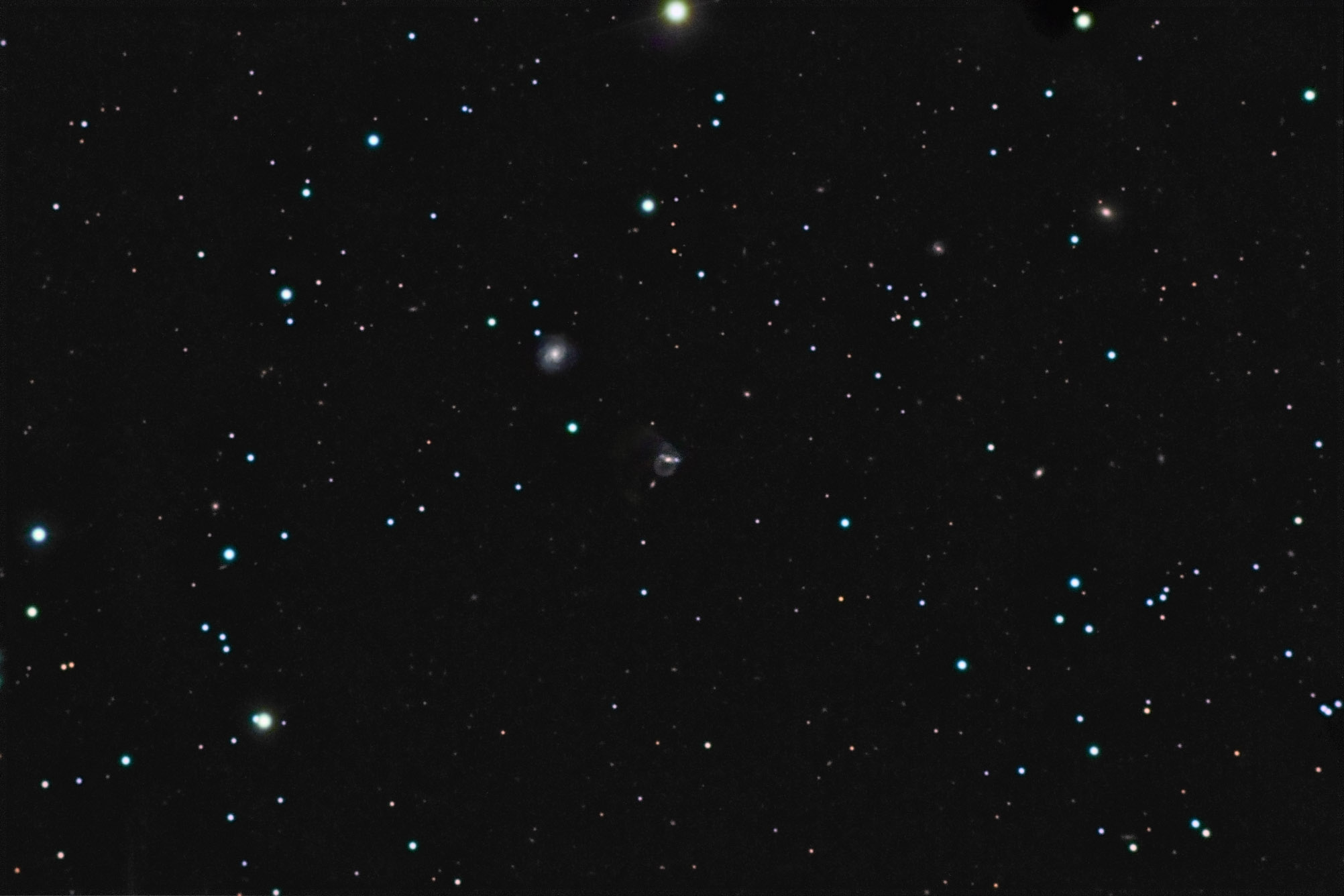