Arp 222 is NGC 7727, a very disturbed spiral classed as SAB(s)a pec by NED, S(B)a pec by the NGC project and a mess by me. Arp included it under galaxies with amorphous spiral arms. It is very similar to Arp 223 as well as near it in western Aquarius. But is only about half as far away at 70 million light years. Like Arp 223 it has a nearby companion at about the same distance, NGC 7724 to its west. It is classed as (R\')SB(r)b pec? by NED and Sb by the NGC project. The arms do make a near ring but nowhere as nice as that of Arp 223\'s companion. I\'m stumped as to why NED considers it possible peculiar other than the near ring like arm structure. Since that is fairly common I don\'t see that as peculiar. NED shows it to be 73 million light years distant but that\'s well within the error bar of redshift distance measurement so which is really closer to us is pretty much a coin toss.

Notes at NED indicate it is likely the result of a merger as two nuclei are seen. Looking at my image at 3x I see a red object due east of the main core and a white object to the north-northwest. The later may be a star as it appears a bit sharper. One note says it is 3\" from the main one but doesn\'t give a direction. That would be the north-northeast object. The note says it could be just a star as their resolution of 0.7\" (better than mine at 1\") wasn\'t sufficient to tell. If they can\'t I certainly can\'t. Still, it does have the appearance of a merger so I\'ll go with that for now. The galaxy seems to have a nearly vertical axis and a nearly horizontal one. That and its style of distortion matches known mergers such as Arp 192 leads me to this conclusion. Arp is of no help having made no comment on either 222 or 223.

Since this area is so little studied I never thought to check out Hubble until I was just about to post this. When I did I found an image of the core that clearly shows this is a merger in progress and that northern object is the second core, a much smaller one than the main one, likely because it has been stripped of most of its stars by the merger. So the merger idea appears correct. I\'ve included this Hubble image. It also shows my red patch is just a loop of stars torn out by the merger process. I\'ve also included a highly processed version of my image that may show the second core. Or it is just enhanced noise.

While NGC 7724 is nearby it shows no distortion so I doubt it is interacting with Arp 222. This is also the conclusion of the NGC project and several notes at NED. Still, it is an interesting galaxy in an otherwise rather drab image. The colors of both are rather weak with both being rather white in color, not a lot of star formation going on in either it would seem.

NGC 7727 was discovered by William Herschel on November 27, 1785. It is in the original Herschel 400 observing program. My comments with my 10\" f/5 on September 6, 1985 at 60x bothered by some aurora reads: \"Small, tight, elongated patch of galactic light. Rapidly brighter toward the center.\"

There\'s little information on what few galaxies there are in the image. The only other galaxy of note is the small two armed (very faint arms) barred spiral in the lower left corner, 2MASX J23405811-1223374 at about 900 million light years. 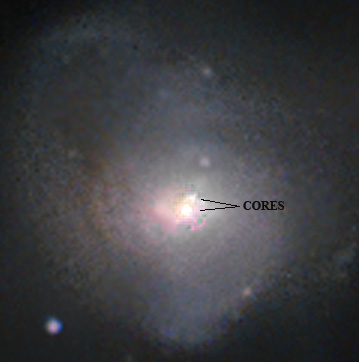 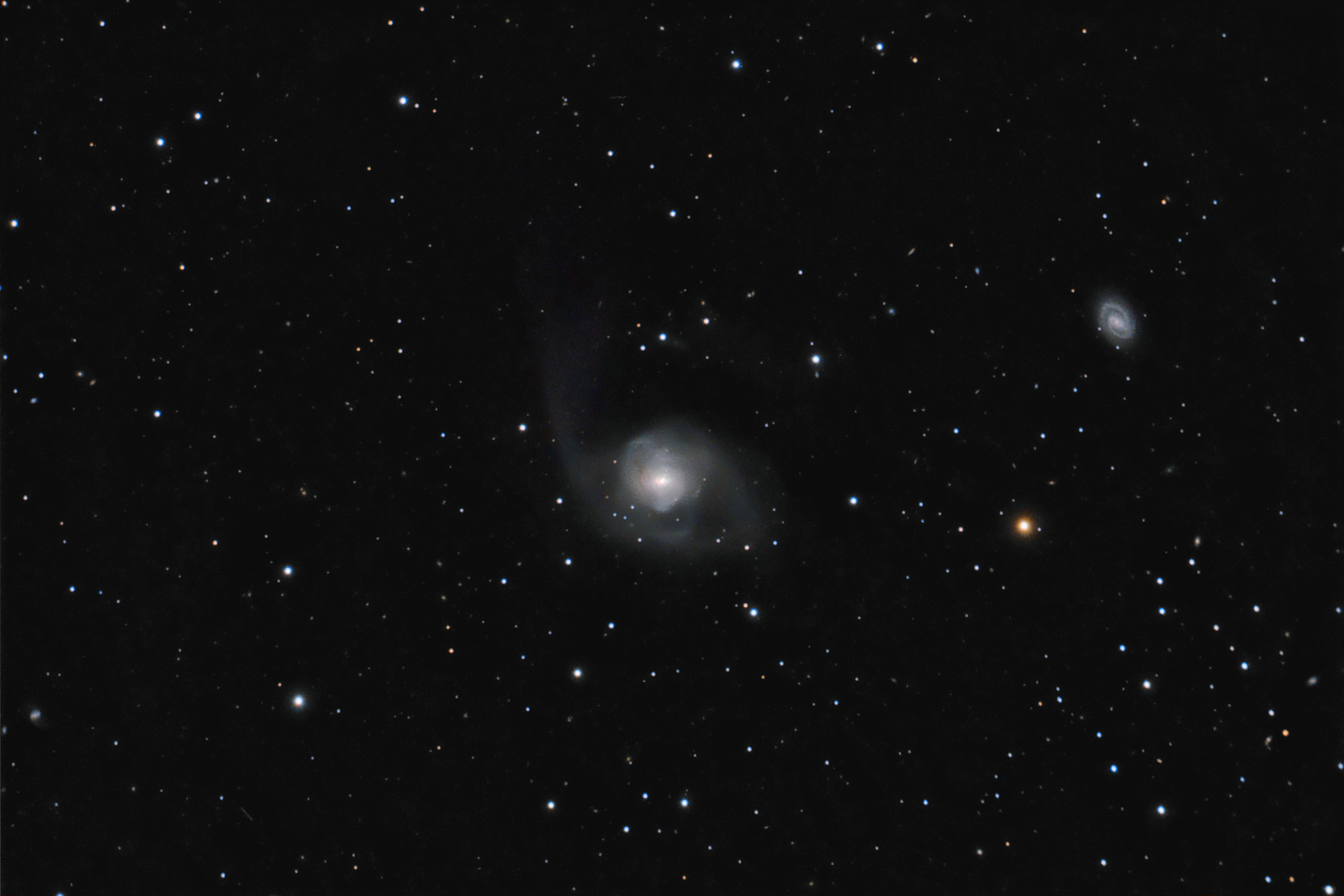 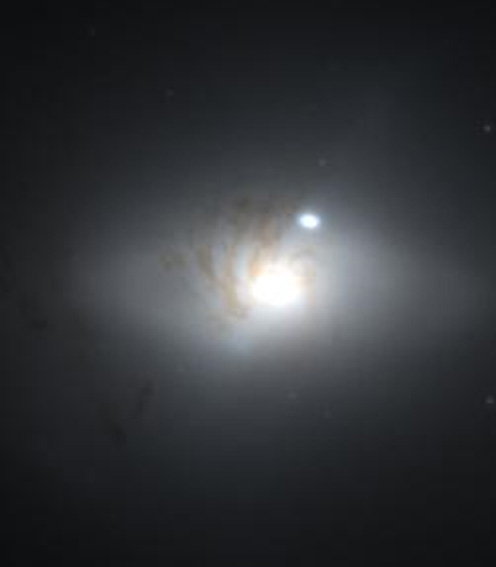