ARP 224, NGC 3921, is considered to be a merger in progress. Simulations indicate it is about 0.5 to 0.8 billion years since the merger began. It is part of a cluster of galaxies about 275 million light-years distant and is in the bowl of the Big Dipper not far from Phecda (Gamma Ursae Majoris). Arp included it under Galaxies (not classifiable as S or E): amorphous spiral arms. Though a note in NED incorrectly says it is under the preceding category, adjacent loops. Arp\'s comment: \"Straight filament leads to bright offset nucleus.\" Yet his image shows it to be slightly curved. The CGCG catalog notes: \"Blue disk-like post-eruptive compact with large external loop and extended jets.\" I would imagine given another billion years or so those stars will settle back into the galaxy creating a large elliptical galaxy. For now, it appears one galaxy left the huge looping tail while the other left the shorter and weaker slightly curved tail. I see only one well-defined core. Since the smaller tail appears to connect to it I\'ll go out on a limb and say it is the source of that tail. Could it be, it being more massive, pretty well tore up the other less massive one creating the huge looping plume ending in what appears to be a bunch of small \"cores\" arcing north of the main core? Is that all that\'s left of its core or is that hidden behind the other one? I\'m only guessing here.

The galaxies in this image seem to fall into several distance categories. The Arp 224 group being the closest. Then there\'s a group at about 775 through 820 million light years. A typical member is the round galaxy southwest of MCG +09-19-213.

Another group is at 1 billion light years and seems to be likely the group referred to in the Zwicky cluster. It is centered on the giant red elliptical galaxy a short distance northeast of Arp 224. The Zwicky cluster\'s center is about half way between it and Arp 224. Most of the obviously orange galaxies around this area appear part of this group.

Then there\'s a scattering of even more distant galaxies, such as SDSS J115036.68+550915.0, the star-like very orange galaxy west-northwest of NGC 3916. It appears brighter than its rated 18.8 magnitude and far more distant than you expect at 2.7 billion light-years.

The annotated image shows the distance to non-Arp 224 group galaxies when known. All galaxies showing detail but without a distance shown are members of the Arp 224 group at about 275 million light-years.

Sorry, I couldn\'t find any larger versions of the Hubble images, the data in the archive wasn\'t complete enough from what I saw to make a larger version. 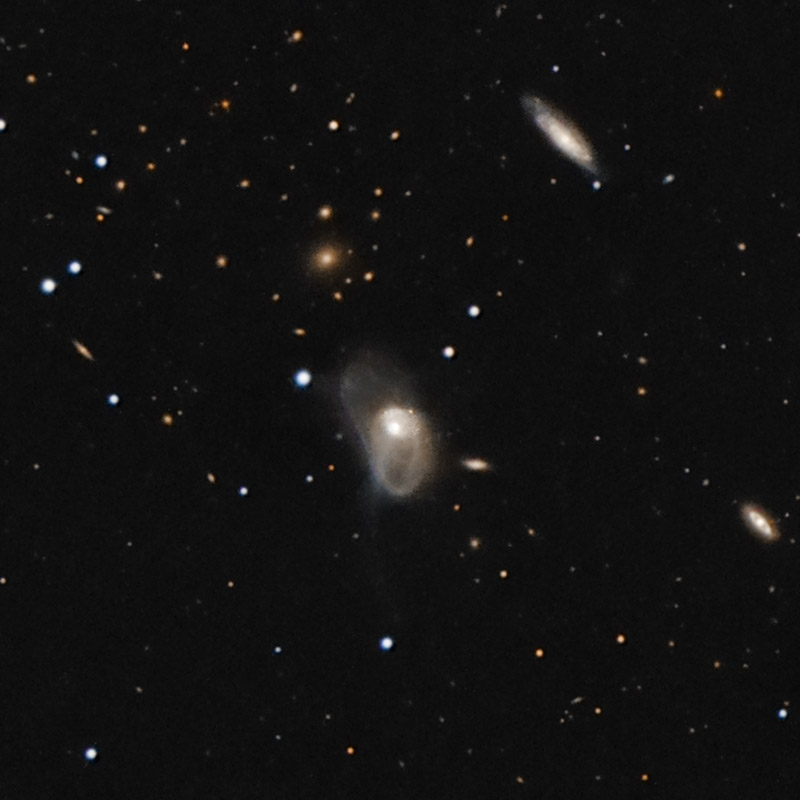 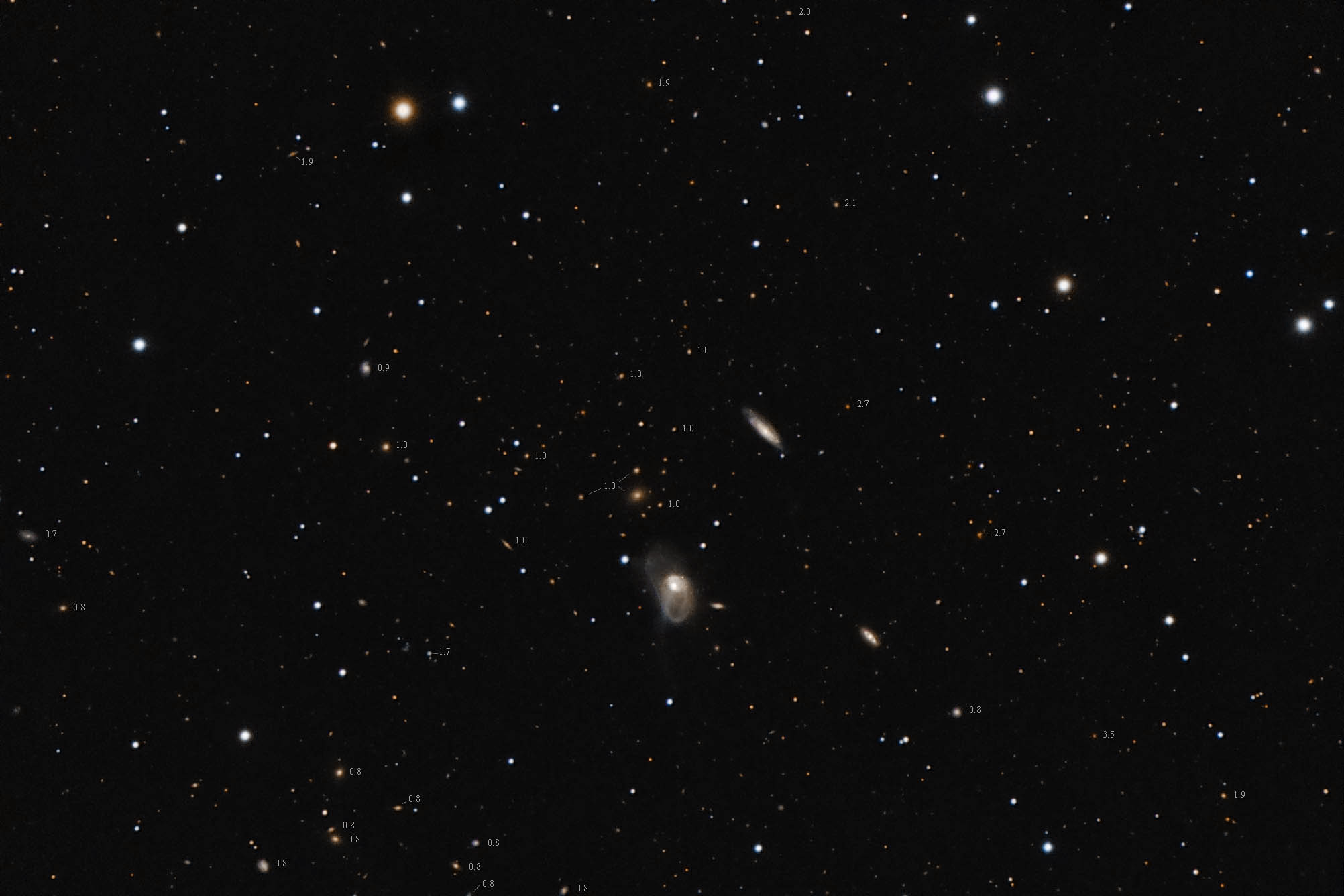 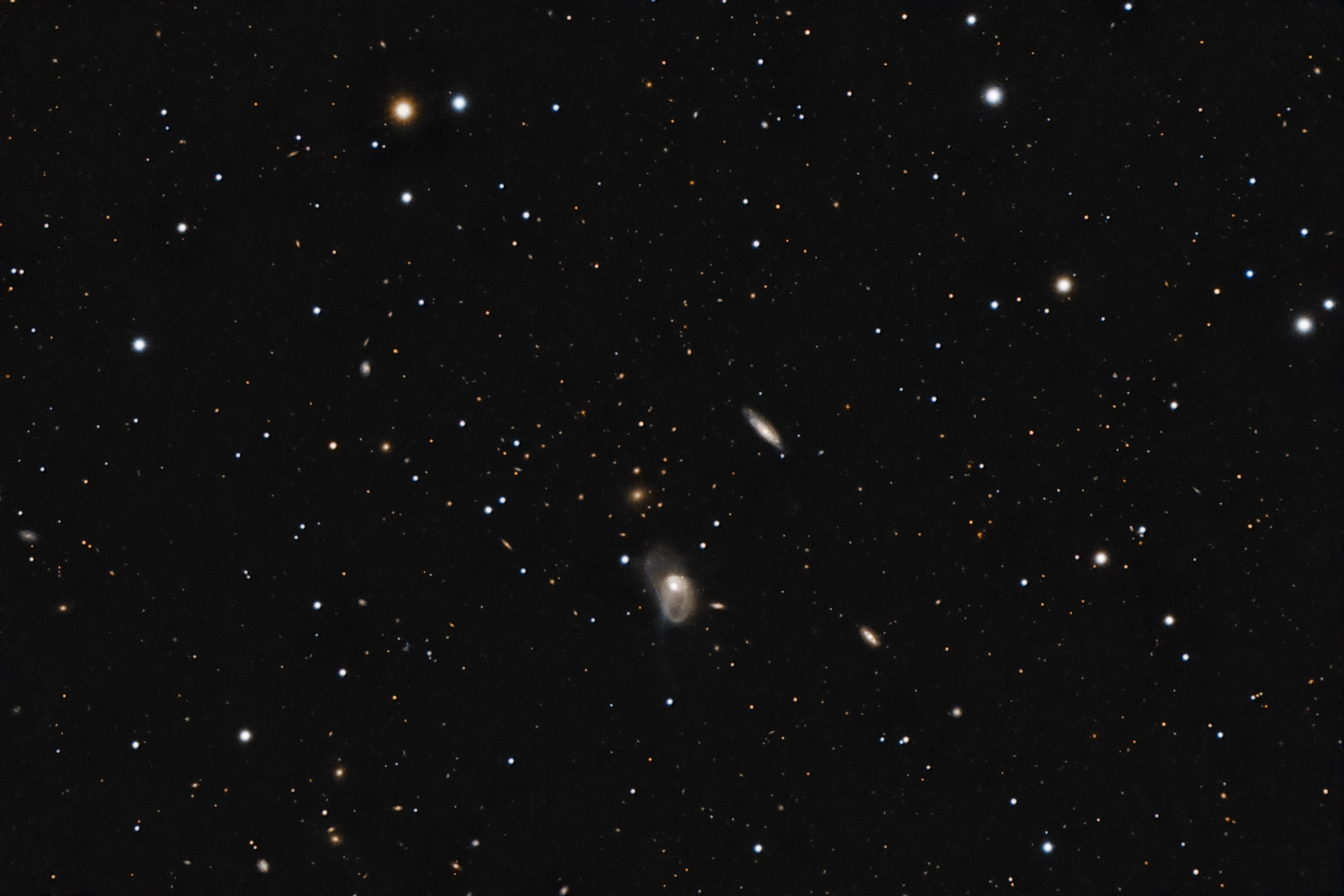