ARP 234, NGC 3738 is a large irregular galaxy that\'s a member of the Canes Venatici 1 Cloud though is located in Ursa Major at the bottom of the bowl of the big dipper. Arp classed it in his galaxies with appearance of fission category. As with most in this category, I have no idea what he is seeing. I just see a very blue irregular galaxy with no defined core but a large number of star-forming regions toward the center. I screwed up when taking this image. I knew that NGC 3756 would be in the same field if I put Arp 234 a bit high in the field. But I forgot which side of the meridian I was on. With it west of the meridian the camera is upside down so I should have put it low in the field, not high. The two are completely unrelated but it would have made a more interesting image with a second rather large galaxy in the image. I found many different distance estimates for Arp 235. Most fell in the 11.5 to 15 million light-year range. That would put it just beyond the local group. It was discovered by William Herschel on April 14, 1789. Like so many Arp galaxies he discovered this one too isn\'t in either of the observing programs for Herschel objects.

The only other galaxy in the image to show much detail is CGCG 268-054 to the NW of Arp 234. It is a 15th magnitude face on spiral at about 390 million light-years away. I sure wish it was closer as it shows some arm structure that looks really interesting. The tiny nearly star-like deep orange galaxy just to its southwest is SDSS J113459.03+543907.5, a 20th magnitude galaxy some 3.8 billion light-years distant. To its northwest making a flat isosceles triangle is a somewhat blue star-like object. It is the quasar SDSS J113455.00+543925.7 at 9.3 billion light-years. Continuing NW about the same distance you come to SDSS J113450.67+543953.0 at 1.8 billion light-years. Seems most objects in this field are rather distant except for Arp 234.

Just east of due north of Arp 234, near the top of the image, is the rather bright 17th magnitude disk galaxy, 2MASX J11360396+5442187 which is 1.3 billion light-years distant. NE of it is a tight triangle of 3 objects. The brightest is MAPS-NGP O_130_0297875, below and to its left is the galaxy SDSS J113615.91+544259.4. The third object is really a tight unequal double star if you enlarge the image enough you will see this though at first glance it appears to be a galaxy and had me fooled for a bit. I have no distance estimate for either galaxy. As that\'s the case with the rest of the hundreds of galaxies in this image I\'ll stop the tour here.

The annotated image I\'ve attached will help you find the galaxies and quasars mentioned. They are listed by distance in billions of light years. There are some really tiny nearby galaxies that appear smaller than some several billion light-years away. The close ones are really small dwarf galaxies compared to the distant ones. 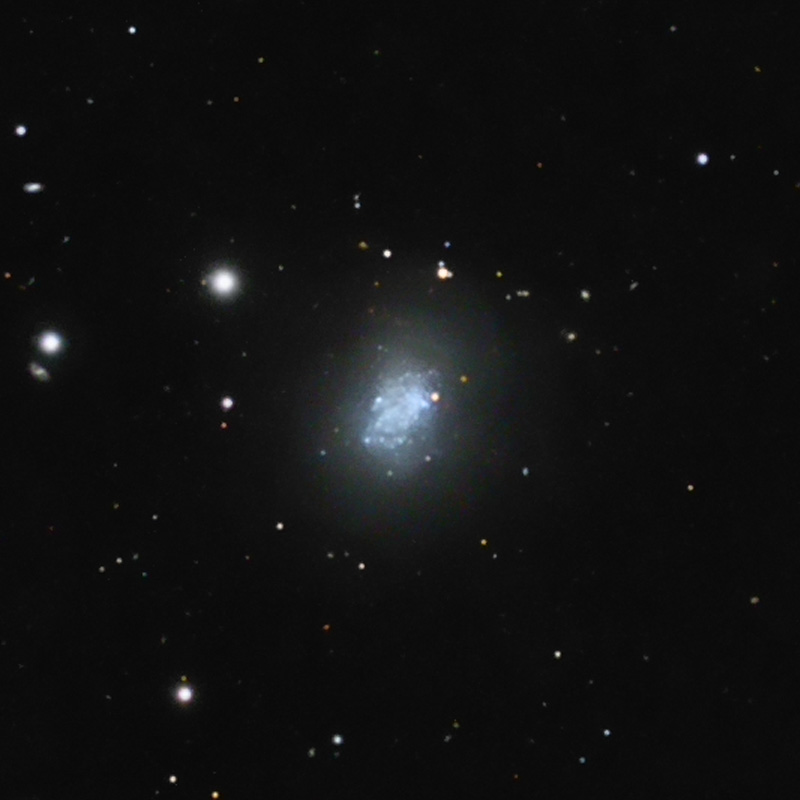 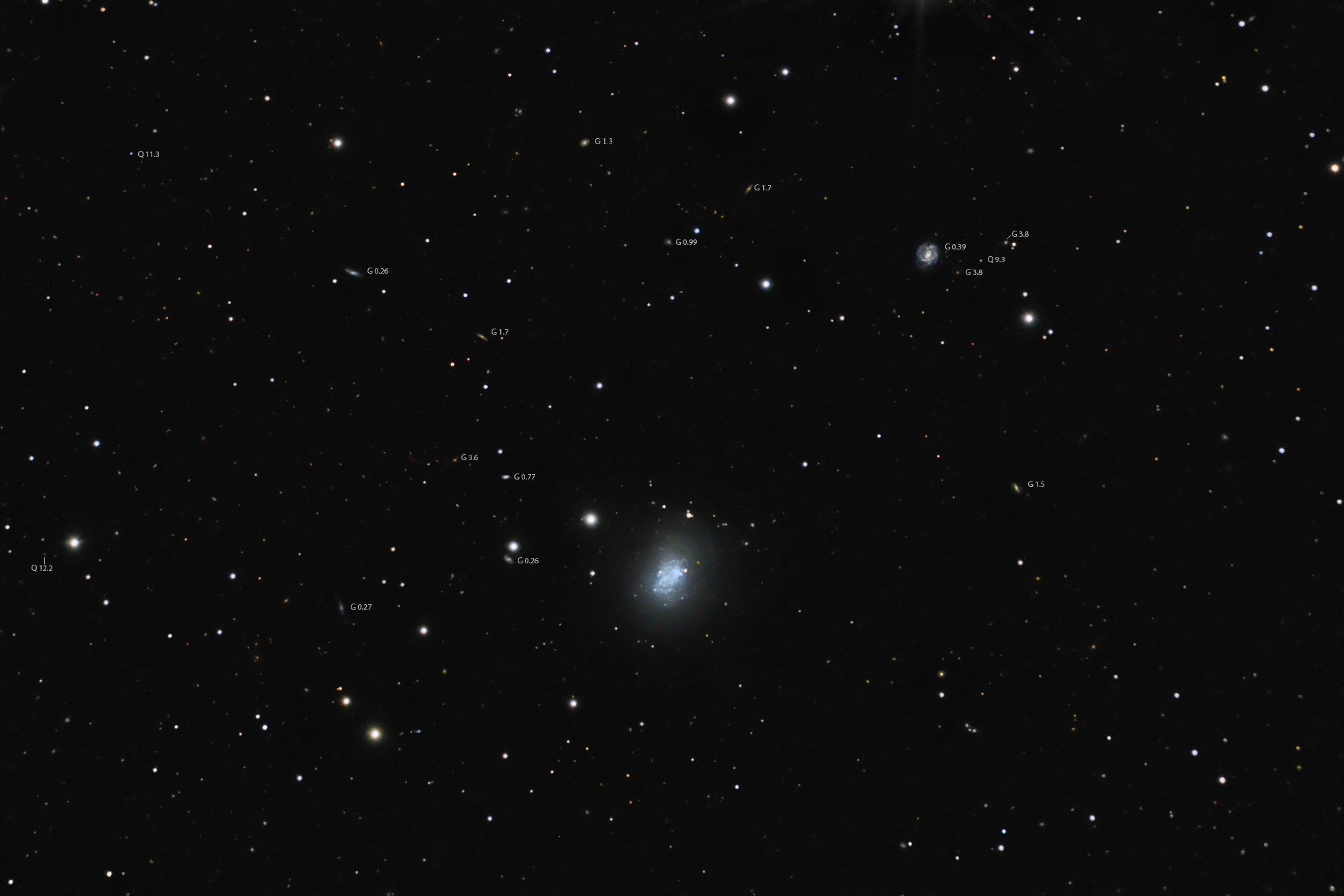 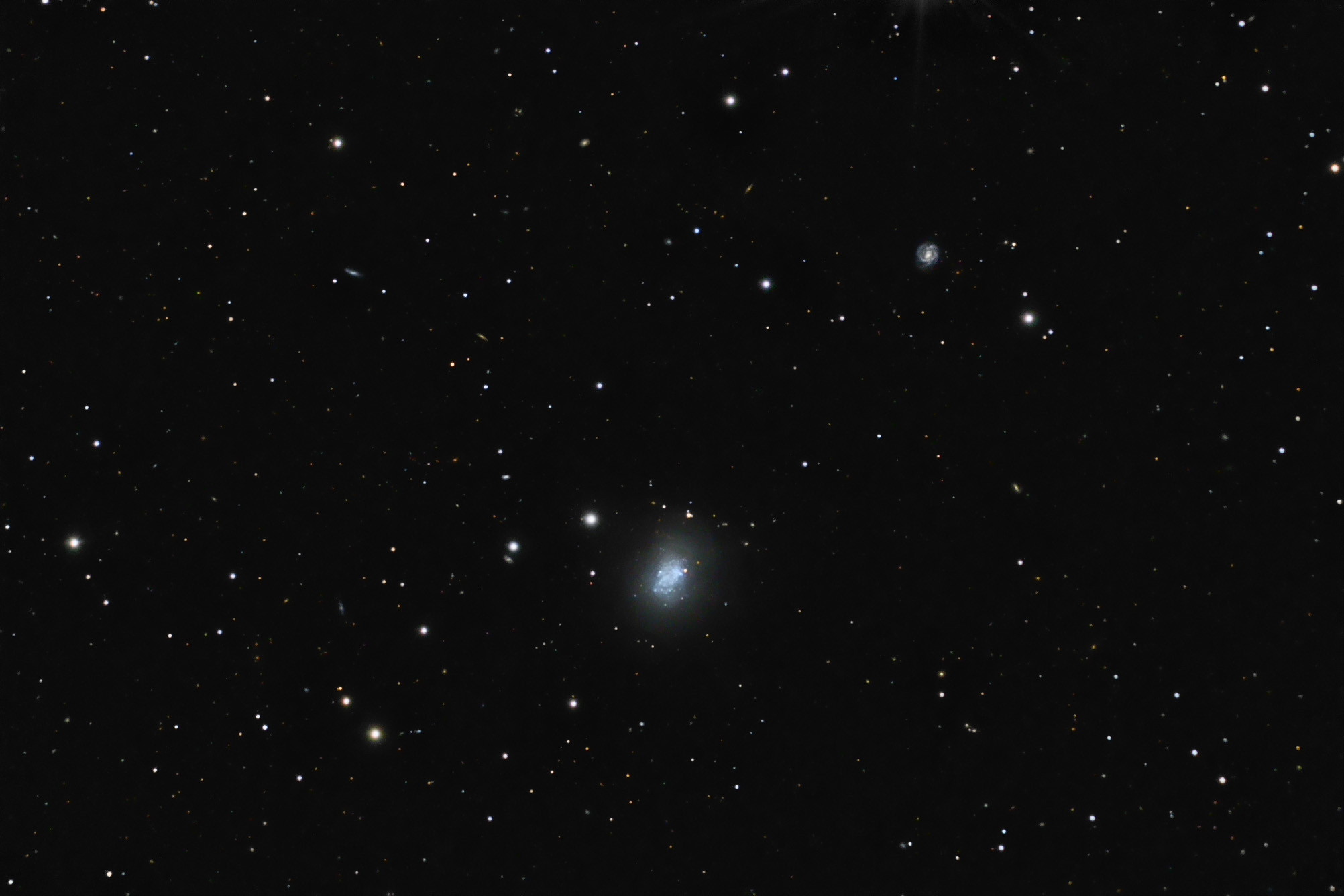