ARP 235/NGC 14 is an irregular peculiar galaxy in Pegasus. Arp classified it under: \"Galaxies (not classifiable as S or E); Appearance of fission. He also noted; \"Faint outer oval and resolution into stars\". Was he referring to all the star clusters in the core of this galaxy? I see nothing else in his photo with the 200\" scope that would fit. http://nedwww.ipac.caltech.edu/level5/Arp/Figures/big_arp235.jpeg. Film grain is very obvious in the image but I see no sign of stars. This galaxy is nearby at only about 24 million light years. Therefore some earth based scopes should be able to resolve stars in it using today\'s detectors. In fact, the star clusters look almost like stars in the Sloan Deep Sky Survey but they are far too bright to be individual stars. It was discovered by William Herschel on September 18, 1786. It\'s not in either Herschel 400 observing programs.

Toward the lower left corner is a small blue galaxy with an even bluer blob within the halo just right of its core. It too is about 25 million light-years away per its redshift. It is KUG 0007+154. The small blue blob carries the designation of SDSS J000952.87+154406.9 and is listed as a separate galaxy. Both have about the same redshift. Makes me think it is more likely a star-forming region in HUG 0007+154. To be this small at this distance KUG 0007+154 would have to be a very small dwarf galaxy with the possible companion being a subdwarf. 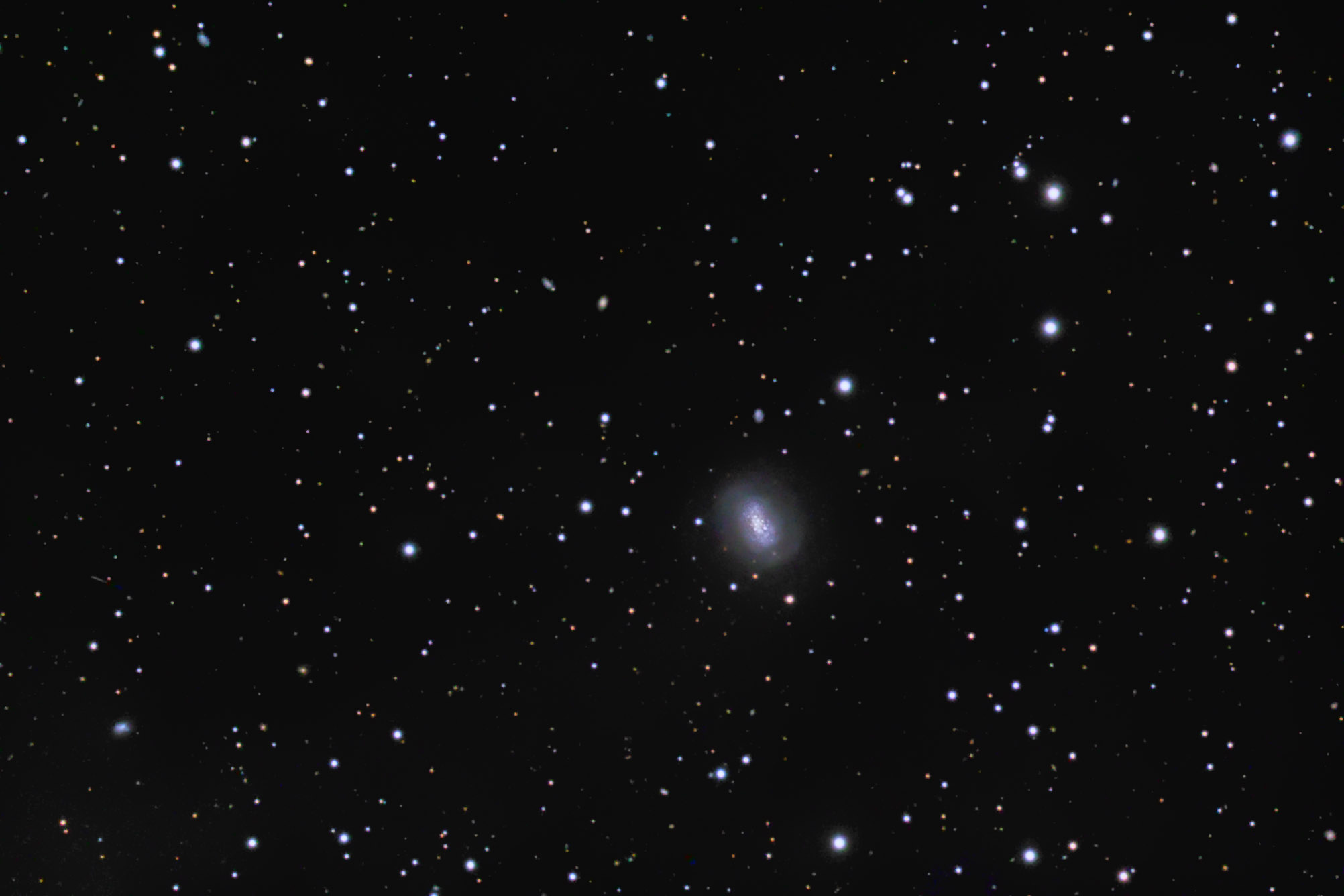