Arp 236 is a pair of colliding galaxies in southwestern Cetus below my normal -15 degree cut off. Seeing was poor but I had to give it a try. Transparency even worse. My normal limiting magnitude is about 22.5. It is 19.5 here, three below normal. This is why the sky seems so devoid of stars and other galaxies. Conditions such as these are normal this low in my sky, especially this time of the year. Arp put it in his odd category of \"Appearance of Fission\". Besides IC 1623 he also included IC 1622 to the southwest in his image centering between the two. His comment reads: \"Faint outer arm curves around through 270ş.\" I don\'t really see this arm in Arp\'s photo but even under my horrid conditions, it does show in mine. Due to the noisy conditions, it is seen better in the full-size image rather than the enlarged cropped image. While he included IC 1622 in his image he makes no mention of it in the atlas. NED shows the distance to IC 1623 as about 260 million light-years and 280 million light-years for IC 1622. So they are likely related.

IC 1623 is considered to be two merging galaxies rather than splitting as Arp\'s category would indicate. IC 1623A, on the right, is classed as S Pec.? NGC 1623B is not classified. In fact, I can\'t quite determine which parts belong to which. What about the 2 red blobs in my image? They look much like H alpha not the gold of old core region stars.

The image is rotated with west up rather than north up in my image. I find the two images somewhat hard to reconcile as to the red blobs. They are separated by a bright region not seen in my image. I believe the low resolution is to blame for some of the problems. If I ever get better seeing down this low I\'ll have to give it another try. Note too that the HST text puts the pair at 300 million light-years, further than the redshift indicates. They say it will turn into something similar to Arp 220. They make no mention of IC 1622. Both IC 1622 and 1623 were discovered by Lewis Swift on November 19, 1897.

There\'s very little on this field at NED. The faint fuzzy blue galaxy directly west of Arp 236 is PGC 003973. The lighter blue, smaller galaxy north-northeast of Arp 236 is APMUKS(BJ) B010526.55-174218.1. The somewhat normal looking galaxy near the left edge directly east of Arp 236 is 2MASX J01083536-1729237. None have any distance data. The only other object with redshift data is a star-like object. Go straight north (up) from Arp 236 to near the top. You will see two rather obvious blue stars, the upper is bluer and a bit to the right of perfectly vertical. On either side of it are two orange objects. They make a squat \"T\". The upper and bluest object is GALEX 2674480679352274903. This tells you it is a strong UV object since that\'s what the GALEX orbiting telescope studied. It is also listed as XBS J010747.2-172044. This indicates it is an X-ray source as well. It is also listed as a galaxy. It is likely a quasar as well though none of the listings say this. GALEX lists it as an Ultraviolet Excess Source. Most of these turn out to be quasars. NED classes it as an AGN1 galaxy, not a quasar. Just one with a very active nucleus (black hole). But it is so active it is this brightness at the distance of 7.7 billion light-years. That puts it at quasar brightness. 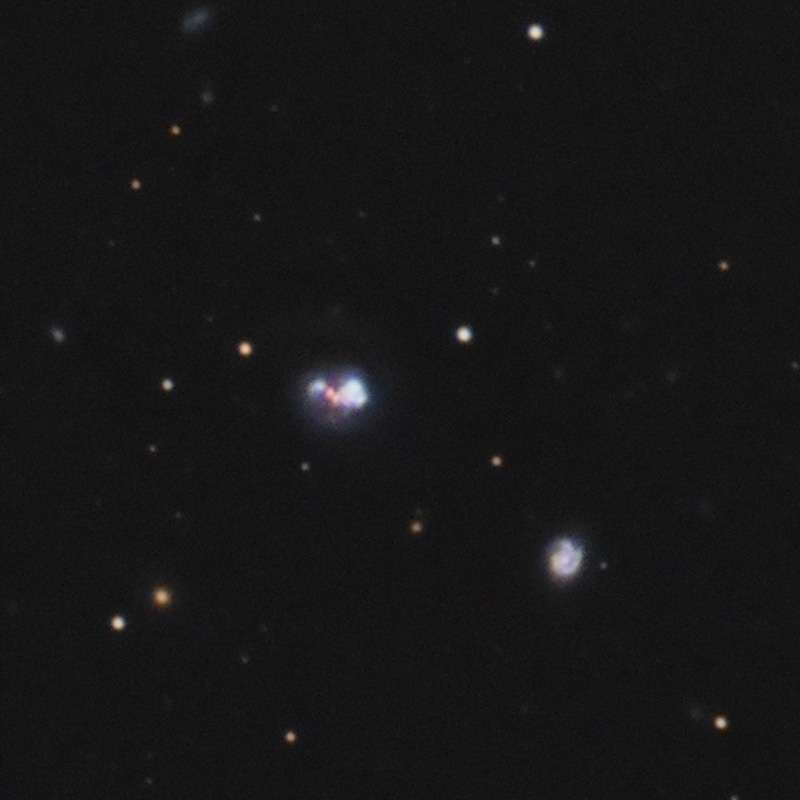 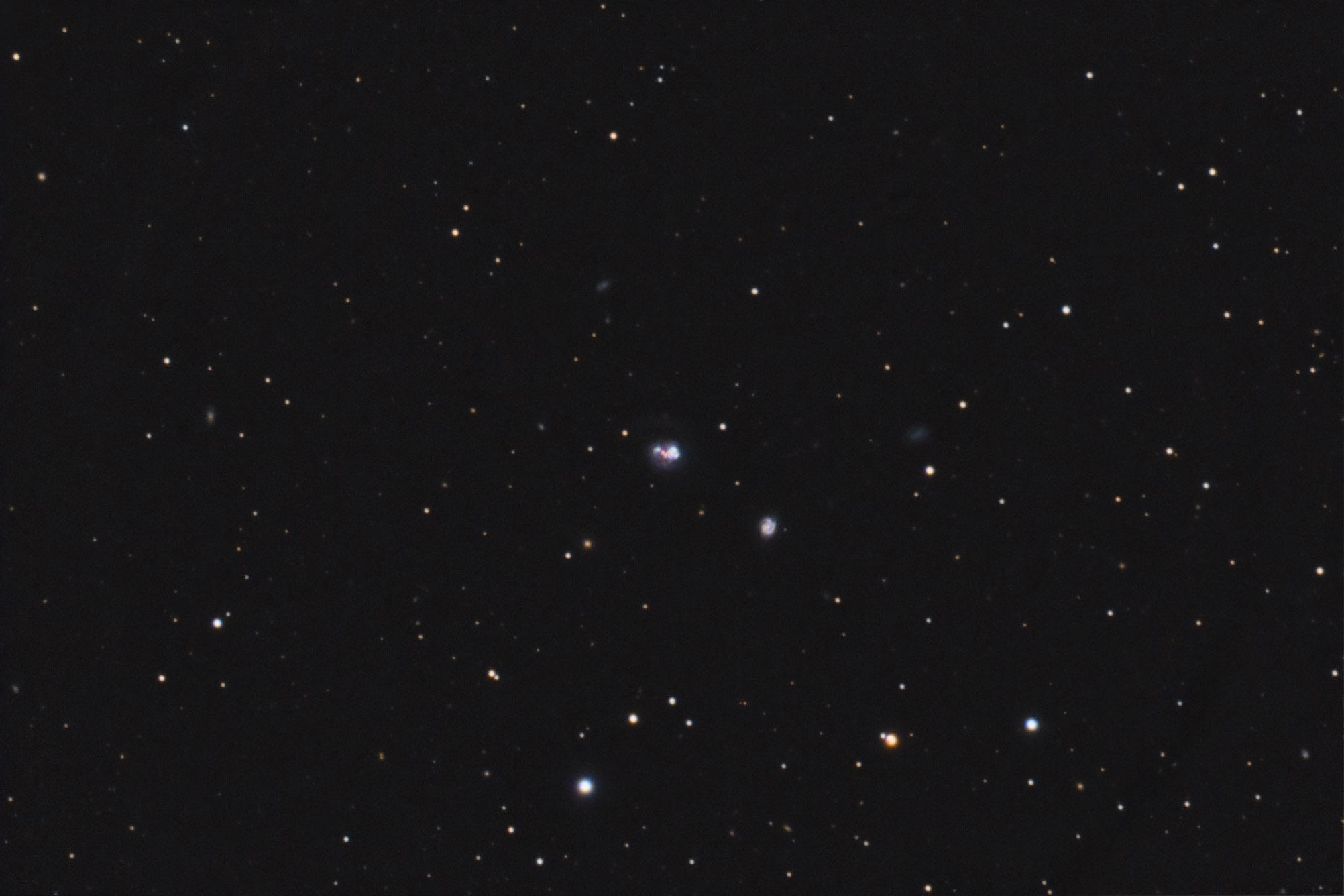