This is one of Arp\'s least photogenic catalog entries. Big and bright it\'s not! You\'ll need the 2x enlarged view to see much detail in these apparently extremely distant galaxies.

Arp 251 is a triple galaxy in western Cetus. Arp classed it under Galaxies (not classifiable as S or E): Appearance of Fission. Probably because the two spirals appear connected and \"trying\" to split apart. More likely their arms overlap as seen from our point in the universe. Arp\'s comment: \"Outside arms diffuse and bifurcate.\" The northern galaxies \"bifurcated\" arm appears more like a true arm and a detached star cloud. The southern arm appears split in my shot more than Arp\'s for some reason.

The northern galaxy is cataloged as 2MASX J00534840-1351148. The Kanipe/Webb book lists it as MCG -02-03-037 but NED says this is all three as it lists it as a triple. In any case, NED has little on it, not even a magnitude. The southern galaxy is 2MASX J00534765-1351358 and is listed at magnitude 15.1 but that\'s in near-infrared light (I band) and may not say anything about its visual magnitude. The third member to the southeast is anonymous, only being listed in the UK\'s automated plate measurement catalog as APMUKS(BJ) B005119.43-140753.8 which gives it a magnitude of 17.8 but no filter is listed. A note at NED on Arp 251 says the southern and southeastern galaxies are 16th magnitude. It doesn\'t give an estimate for the brighter northern galaxy. That\'s the extent of what I could find on these three galaxies -- virtually nothing. No distance measurement, little spectral data and fuzzy magnitude data. That\'s it.

Edit: Since the above was written I found one amateur page that cited a z value of 0.075300 (22575 kps). That would translate into a distance of about one billion light-years. Does that make this the most distant of his entries? Some say it is the most distant but as I can\'t find a redshift for others, I can\'t verify this.

The near edge on galaxy to the northwest is 2MASX J00533671-1349541. It has a magnitude listed at 16.4 and a redshift distance of just over 700 million light-years. The magnitude lists no filter. It is larger in angular size than the galaxies making up Arp 251. This could mean they are further away but it could also mean they are smaller galaxies in the first place and are really closer. There\'s no way to know. Most of the other galaxies in the image are only listed in the APMUKS catalog, only the one galaxy has any redshift data.

Even my The Sky database for Arp galaxies got confused and centered me on the near edge on spiral to the upper right. I checked this with SIMBAD and the DSS II plates which centered on a spot halfway between the two. I went with my database without checking further so it isn\'t as centered as I\'d like. Also, this is about 13.7 degrees south nearly at my normal 15 south limit so seeing isn\'t very good. That\'s what I get for moving north to get dark skies instead of New Mexico or Arizona. 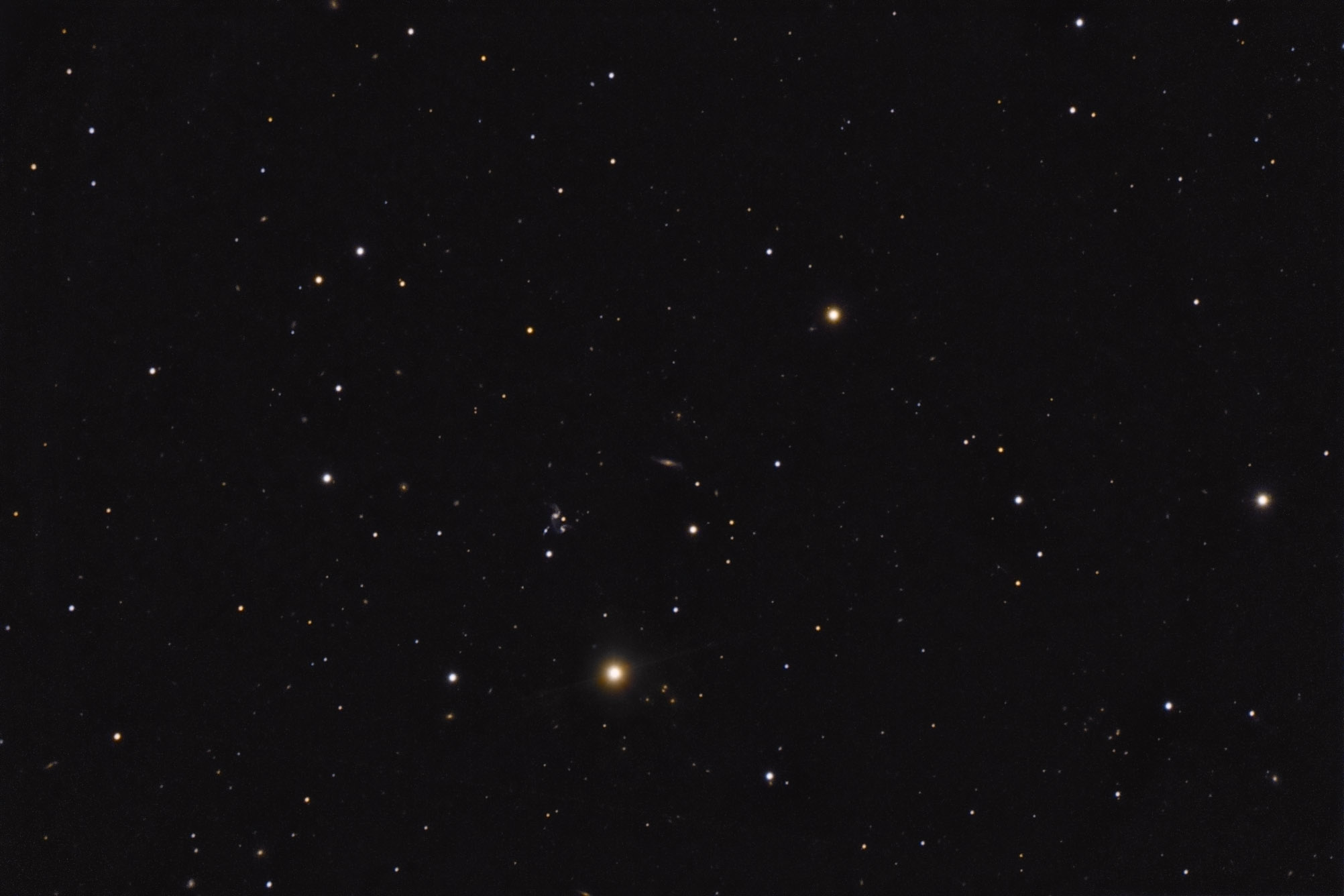 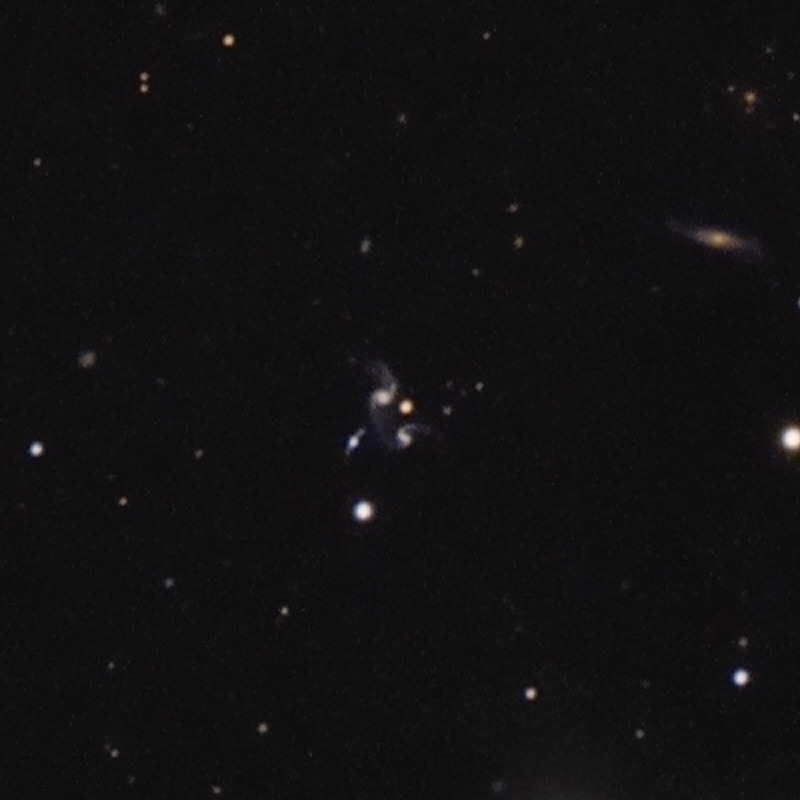