Arp 261 is one of the stranger entries in his atlas. It consists of several galaxies and or star clouds located in the constellation of Libra a bit under 100 million light-years away. This one is rather low at -10 degrees and was down in the gunk when I imaged it. This reduced my resolution and depth. I tried to compensate with more luminance images but this low the time available is limited. Only one extra frame was usable. Following nights were worse so I just gave up and went with the 5 I had.

Arp put it in his class Galaxies (not classifiable as S or E): Irregular Clumps. He did leave a comment on this one, \"Some condensations resolved, similar smaller galaxy appears north.\" That galaxy is the irregular galaxy PGC 052943 also about the same distance from us by redshift measurement.

How many galaxies are involved with Arp 261 depends on which catalog you check. It consists of two main galaxies. The biggest is to the southwest (lower left) of center. It is Arp 261 NED01/VV140a/MCG-2-38-016/PGC 52940 as well as many other catalog entries. NED classes it as IB(s)m pec. The other main part to the northeast is Arp 261 NED04/VV140b/MCG-2-38-017/PGC 52935. It too has other catalog entries but not as many as the southwestern part. It too is classed by NED as IB(s)m pec. Notes at NED though seem to consider these two highly distorted spirals with interconnecting, tangled arms at the northwestern end. This doesn\'t explain the connection between the middle parts of both, however. Two catalogs list the two small condensations to the east (left) of the bottom end of the largest galaxy as separate galaxies. The lower is Arp 261 NED03/VV140d while the fainter upper one is Arp 261 NED02/VV140c. Neither are classified or have redshift data. I see them as star clouds likely created by the interaction of the two main galaxies. That\'s just my speculation. I have a tough time seeing them as separate galaxies. 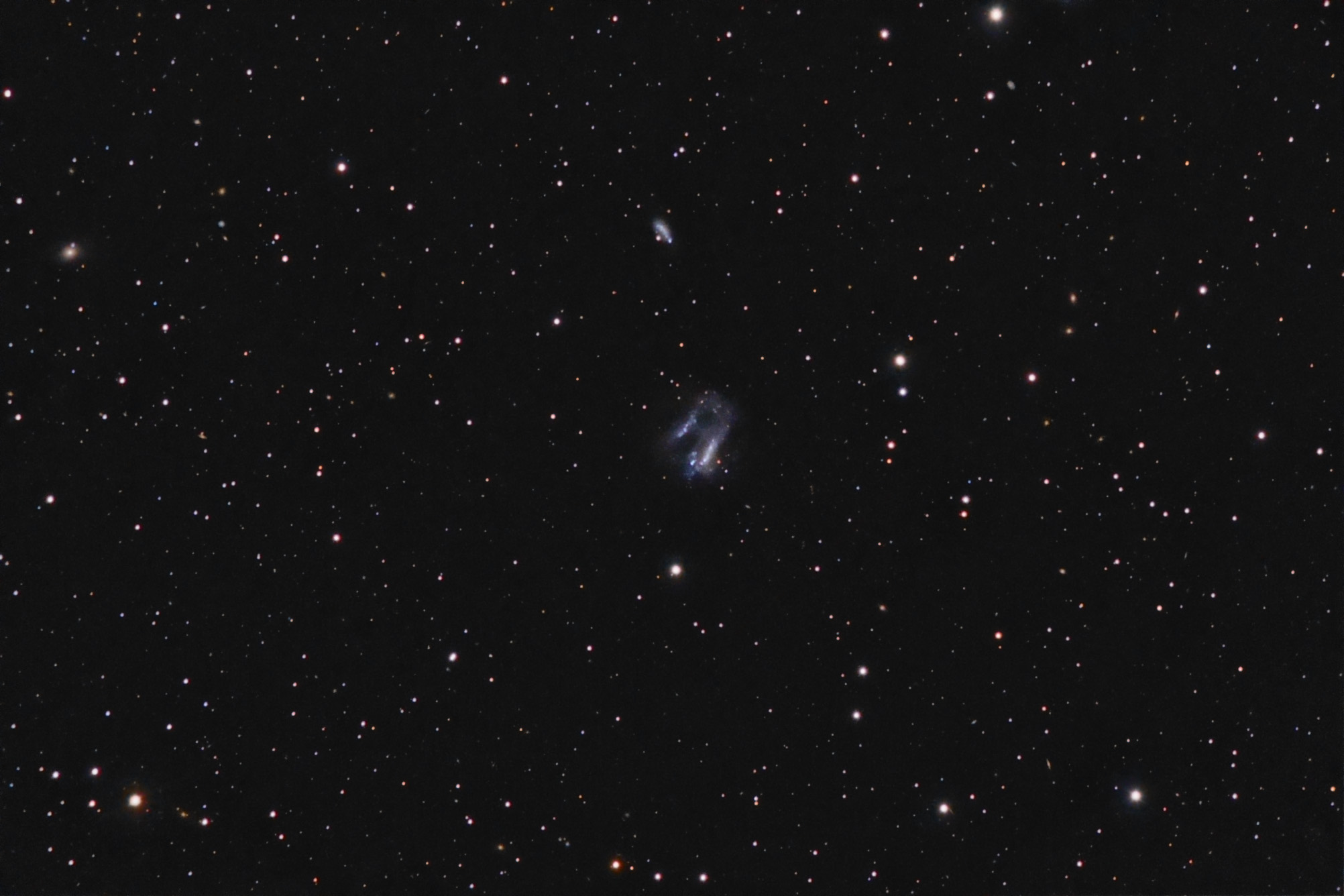