Arp 262 is two superimposed galaxies. It is also known as UGC 12856 among other catalog entries. Arp classed it under \"Galaxies not classifiable as S(piral) or E(lliptical); Irregular clumps. It turns out those irregular clumps in the southern end are actually another galaxy. Based on redshift the main galaxy is 65 million light years away and the companion 88 million light-years away. All that really tells us, however, is that the blue companion is moving away from us 28% faster than the main galaxy. If they are really interacting wildly differing red shift speeds can occur at the same distance as the \"fall\" into each other. They are located in the southeast corner of the Great Square of Pegasus. Pegasus is a place lots of distant galaxies are usually seen. But this field is oddly missing the great number of faint background galaxies I\'d expect to see. NED only lists 3 galaxies within an area larger than my field of view besides the two making up Arp 262. At least I see more than that! From my search of the literature, there is very little known about this object. Arp\'s comment on this one is: \"Some resolution into knots.\" For now, I\'m going to say these are just two line of sight galaxies that are unrelated.

Due to clouds, I got only limited data. Two luminance frames were severely hurt by clouds and only one color image was usable for each color. I\'m surprised it came out as well as it did. 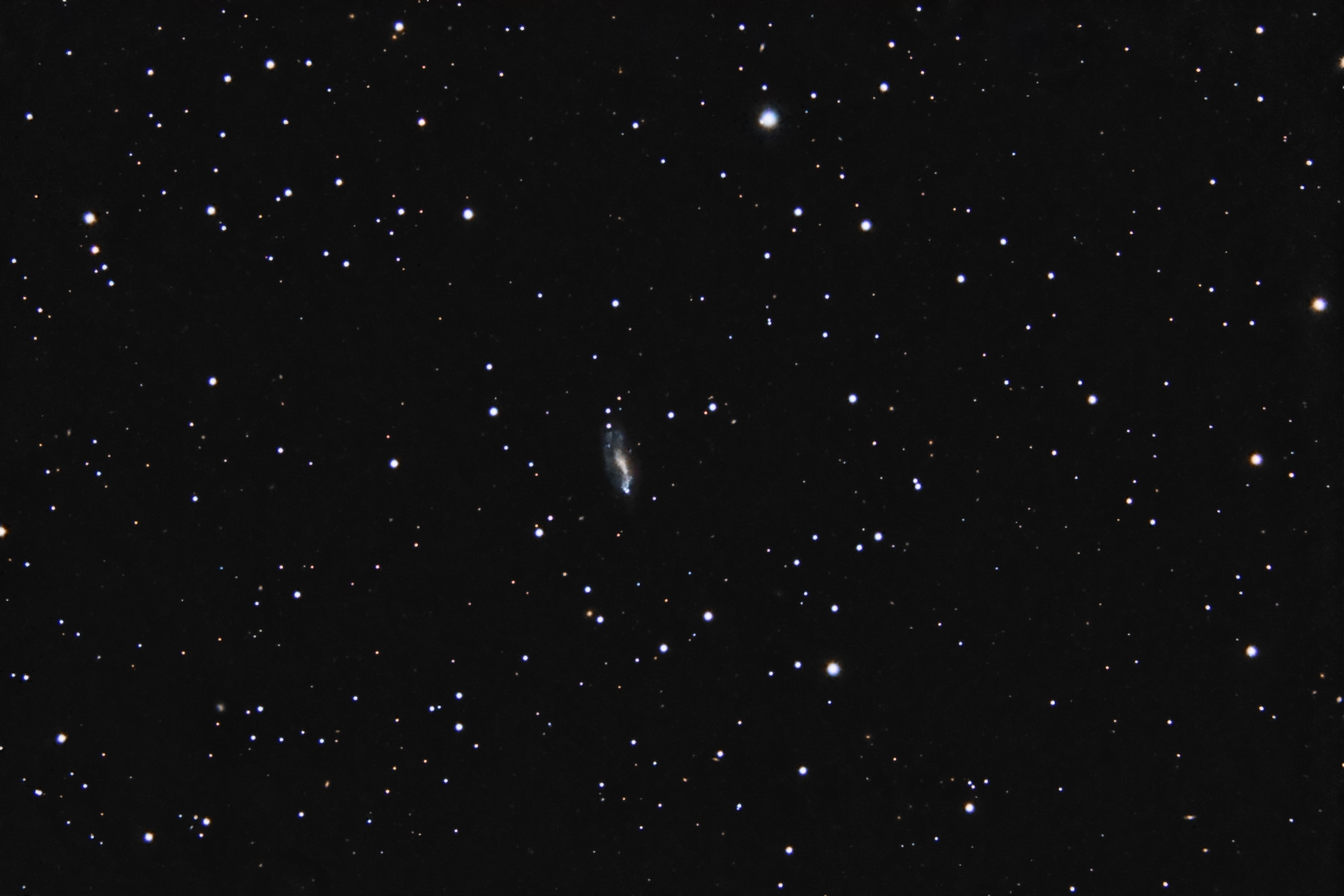 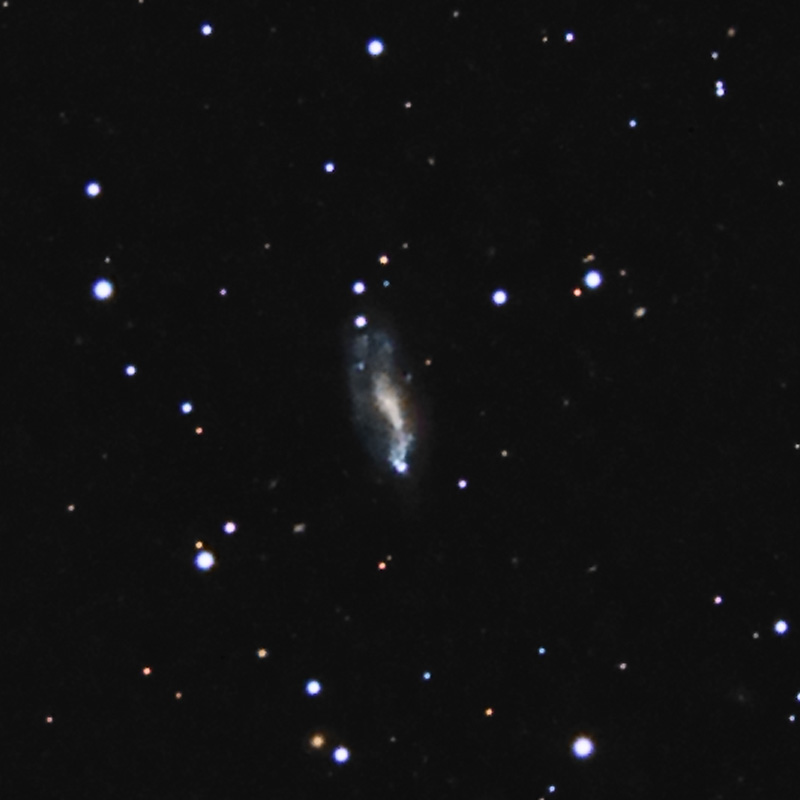