Several papers refer to NGC 3396 as being possibly disrupted by its companion. It is classed as a barred irregular galaxy. Though one paper claims it is SBm pec as they see hints of two arms. I found very few images of this pair on the net and those I did find didn\'t show the large spray of stars torn from NGC 3396, with the exception of the Sloan image which shows it to some extent. Arp\'s doesn\'t show it either. There is a dark region in this spray along the west side of NGC 3395. That is not a processing artifact. It was there to that extent in the original FITS data. It is hinted at in the Sloan image as well. I don\'t know what interaction could create this \"shadow\" but it is definitely real.

NGC 3995 is classed as midway between a normal spiral and a barred spiral having characteristics of both. I\'m afraid I\'m not seeing the barred characteristics in my image. They may be seen at other wavelengths such as radio. Arp\'s comment on it refers to the blue knots when he says: \"Note arc form of emission knots.\"

Yet another paper classes both as Sc galaxies. It\'s nice to know galaxy classification is so easy to determine.

The spiral near the top of page left of center is SDSS J105030.39+330846.4, an IR galaxy indicating a lot of star birth is happening in it, is about 800 million light-years away and appear somewhat disturbed. This is easier to see if you double the size of the image.

The Zwicky galaxy cluster ZwCl 1046.0+3320 is near the right edge a bit above Arp 270. I see few galaxies right where its center is but a bit closer to Arp 270 there\'s quite a nice group clustered around a very red galaxy about 4 billion light-years away, SDSS J104852.82+330329.7. Many other apparent groupings exist in across the image but none were mentioned in NED.

Arp 270 is a member of a small group of galaxies all at about 90 light-years. Two of the others are at the very bottom of my image. They are IC 2604 and IC 2608. The oddly distorted spiral galaxy is IC 2604. It is classed as SBm pec. While the peculiar status is obvious with the two odd arms and a third that is mostly two star clouds, I don\'t see the bar that the \"B\" indicates. Sometime in the past, it appears to have had a near miss with one of the others in the group or ate one. Something sure tore it up. NED classes IC 2608 as a spiral. Looks like an SO to me.

You may note the dimensions of this image are unusual for me. That\'s because the first night I was imaging this group I was clouded out after only a few frames including 1 of each color. A few nights later I returned to it forgetting all about the two IC galaxies. So I centered Arp 270 and got some very good data just before dawn. That was last January. It wasn\'t until I went to process the image I realized I\'d missed the two IC galaxies. So I salvaged the cloudy data as well as I could and tacked it onto the bottom of the main image. I had to crop the sides a bit as camera orientation had changed between the two images. I rarely remove the camera but did so between these two sessions, unfortunately. The bottom of the image is rather poor compared to the rest due to lack of data because of the clouds. They also created a horrid halo around the star at the very bottom. I was a bit heavy handed removing that glaring halo. When I realized what I\'d done it was too late to go back and correct it.

In researching this one I came across a very good simulation of a galaxy merger of the type that is going on here. Back in the early 80\'s I used a 25Mhz computer with all of 4 megabytes of memory (cost $1000 a megabyte back then) to run galaxy collisions. It only could deal with about 10,000 points and took hours to calculate one simulation but showed it from three viewpoints which was nice. The only factors it considered was gravity and the motion vector of each point, which was considered to all be of the same mass. The simulation I found considers millions of points and takes into account many factors including dust and gas as well as the temperature of the dust and gas as well as how they affect the merger process. Obviously, they didn\'t use my ancient computer. The simulation is at: http://www.youtube.com/watch?v=agqLEbOFT2A

Arp\'s image:
http://ned.ipac.caltech.edu/level5/Arp/Figures/big_arp270.jpeg
Chandra image (X-ray) so shows mostly the hot gas heated by the collision:
http://chandra.harvard.edu/photo/2002/arp270/
Not imaged by Hubble that I could find. :( 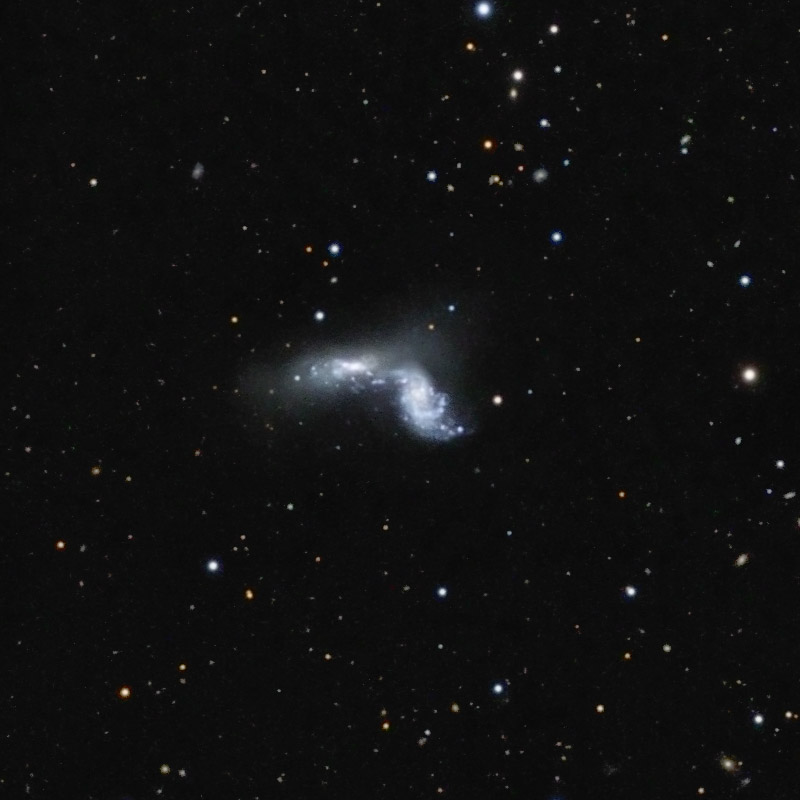 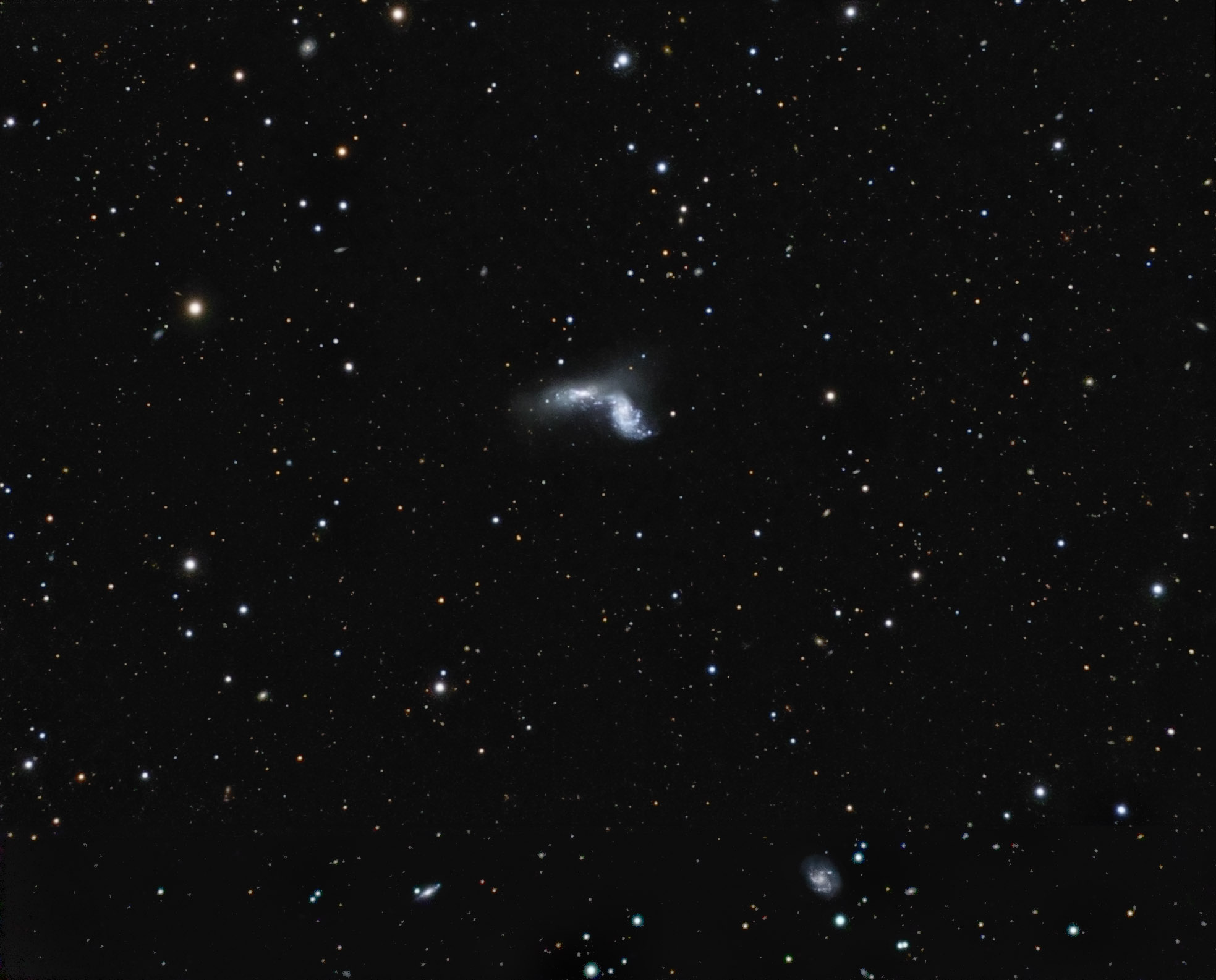