Arp 273 is a near collision in progress. The large galaxy is UGC 1810, the other spiral, UGC 1813. They are located about 330 million light-years away at the southeast corner of Andromeda. It\'s obvious that UGC 1810 is highly distorted. One arm looks more like Saturn\'s F ring than a spiral arm and seems to make a complete ring about the galaxy. It\'s hard to tell if NGC 1813 is distorted. It looks greatly distorted to me as the arms are almost straight but that is seen in other barred spirals. But it has faint a faint arm that curls back and runs along the arm while the ends of the bar, if it is a bar, seem to end differently. The left one ends in a faint blob while the right one seems to curve back from the arm of UGC 1810 as if repelled by it. Obviously, it isn\'t but sure gives that appearance. In any case, they curve very differently, likely due to the near collision. To appear so large at such a great distance these have to be two very large spiral galaxies. Indeed they are. I measure UGC 1810 as being 210,000 light-years in diameter. It is probably larger unless seen exactly face on. I measure NGC 1813 at 160,000 light-years including the long eastern plume.

When galaxies pass by like this they trigger massive star formation. We see it in the arms of the bigger galaxy UGC 1810, this is common, but it is confined to the very core of UGC 1813. This is not unusual. Also, UGC 1810 is a LINER galaxy. It doesn\'t seem to have an active core, so we know the near miss hasn\'t yet caused a feast for the black hole by sending matter its way. Yet UGC 1813 seems to have a heck of a lot of disturbance at its core to trigger so much star formation. This all goes to show it is very hard to predict just what will happen in a near miss like these two have encountered. Nor do we know what long-term changes it will trigger. I can\'t even find if the two are gravitationally bound. If so they will merge in the future.

This is one of the rare images I can display at my full resolution of 0.5\" per pixel. Something my seeing rarely allows, unfortunately. 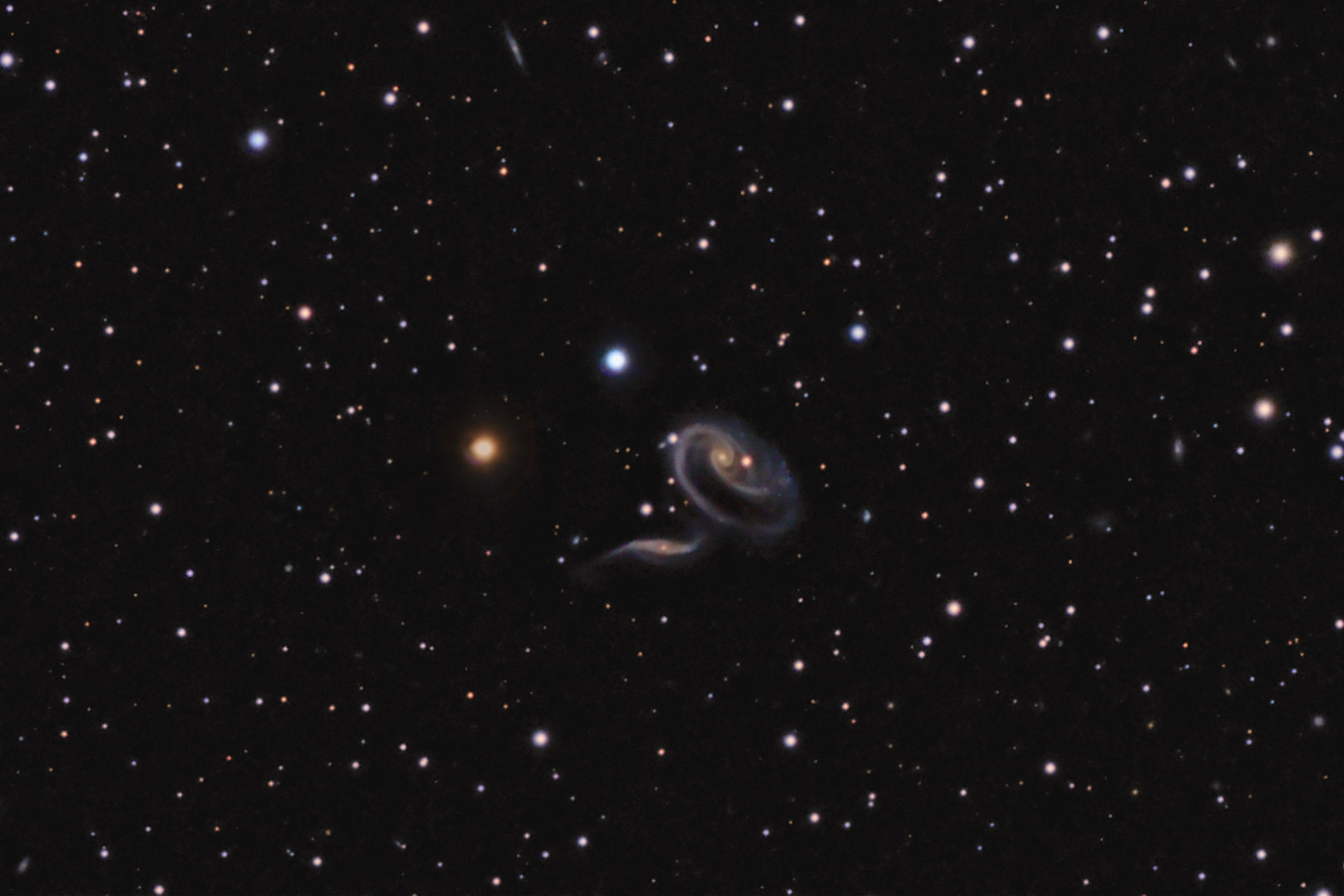