Sometimes an image turns out very differently than you expect. This certainly is one of those. I never suspected the galaxy was buried in galactic cirrus. I saw a hint of it in the raw files as they came in. Only the brightest part showed however and looked like a reflection. So when I stacked and calibrated the images it came as a shock to find the field full of the Integrated Flux Nebula.

Arp 276 consists of two galaxies which are barely showing signs of interaction. Since we can\'t see them in 3D its possible one is well in front of the other such that gravitational interaction is minimal. Some distortion of the southern galaxy\'s NE end is evident but that\'s about it. Radio data shows these to be rather normal galaxies giving little hint of a collision in progress from what I found. Arp notes; \"Both intersecting edges seem dimmed.\" Hard to say if that\'s due to anything more than one obscuring the other. I\'d like to see spectral data for the overlap region.

This region hasn\'t been surveyed by the SDSS. The group is in central Aries. I need to redo it with a lot more exposure time to pick up the integrated flux a lot better than I did with my normal rather limited exposure time. NED shows only a dozen other galaxies in my image, none of which has any redshift data.

The Integrated Flux Nebula or Galactic Cirrus as it is also called is fine dust above and below the plane of our galaxy that is lit by the combined light of the stars in our galaxy\'s spiral arms. Some of it is reflection nebula, this part is white to blue-white in color. Some though are made up of particles that glow a red color in the ultraviolet light of our galaxy\'s most massive stars. This is called Extended Red Emission or ERE and accounts for the reddish areas of the nebula. Normally we think of reflection nebula being lit by the light of one or a few super bright stars that are nearby. But this nebula is lit by the combined light all the stars in our galaxy though mostly this is from the supermassive stars that define the spiral arms as they account for most of the light emitted by the disk of our galaxy. While brighter pieces of it were cataloged in the LBN catalog in the 60\'s based on the Palomar Sky Survey plates it wasn\'t until 1975 that some idea of its real extent was realized by Alan Sandage who used the 48\" Schmidt to image it in a 4 hour exposure. Even then it was rather dim as film just didn\'t have the sensitivity to see this faint nebula, even in such a large scope. Today\'s electronic detectors, akin to those in digital cameras but designed for long exposure work and used at rather low temperatures (I usually run at -35C) to reduce noise by a factor of 1000 or more replaced film. The first map of it was made by the IRAS satellite as much of the ERE emission was in its infrared passbands. It was its images that gave it the \"Galactic Cirrus\" name as it looks much the same as earthly cirrus clouds. Since then more extensive maps have been made by Earth-based astronomers in near infrared as well as visible light wavelengths. See http://www.galaxyimages.com/UNP1.html for one such effort. Still, I\'d not seen anything indicating it was \"big and bright\" in this part of Aries though I\'d seen some fainter portions in the vicinity of M15.

Some with a wider field and faster telescopes than mine might want to take some really deep images of this area and find the extent of this portion of the IFN. My system is too narrow field for such a task. 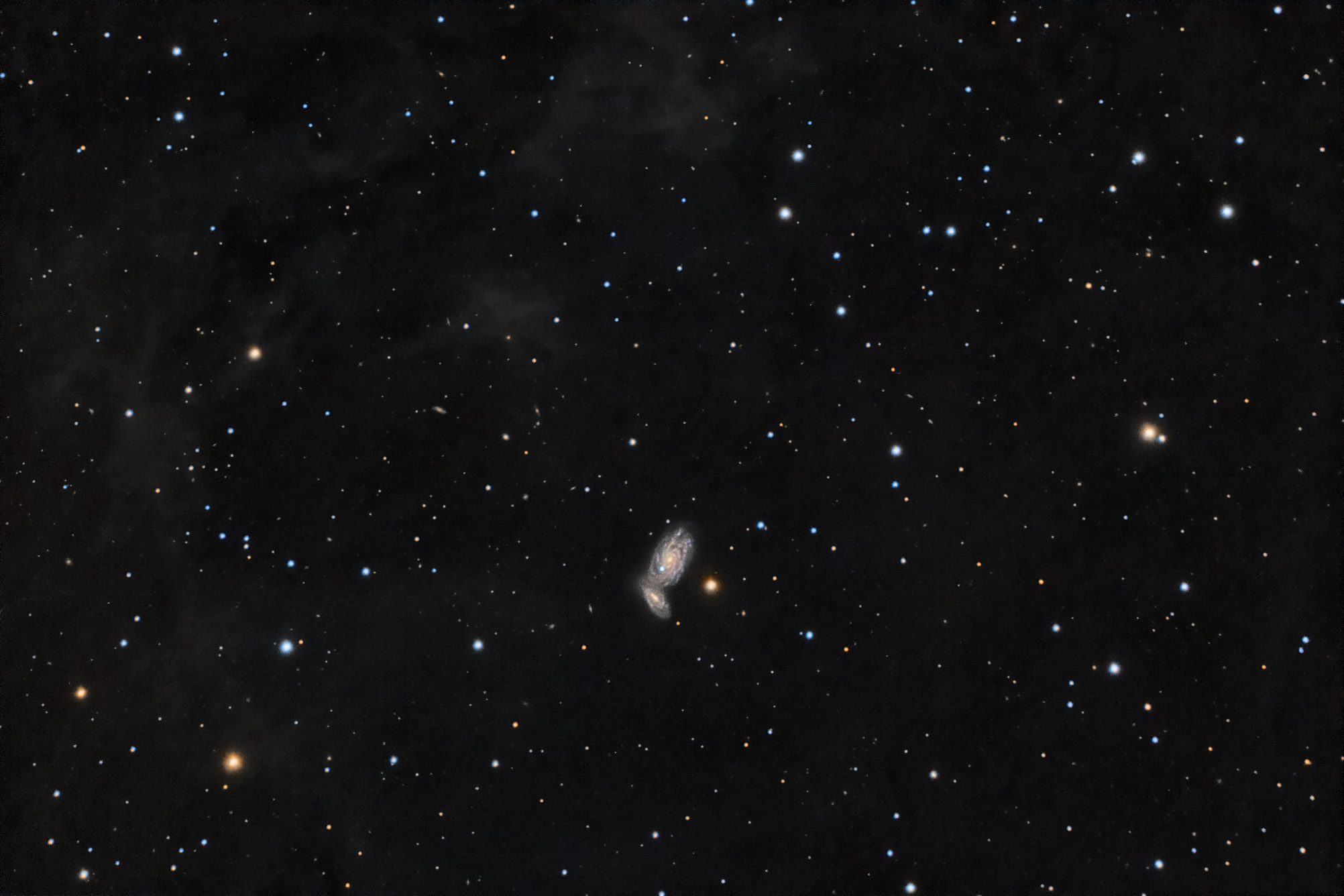