Arp 286 consists of three galaxies, NGC 5560, NGC 5566 and NGC 5569 right to left in my image. They are in the constellation of Virgo about 80 to 90 light-years distant. Arp put them in his category: Galaxy groups: Infall and attraction. This likely refers to NGC 5560 and NGC 5566 as NGC 5560 appears warped and drawn out by the gravity of NGC 5566. NGC 5566 itself seems distorted. The outer \"arms\" look more like plumes and are somewhat unsymmetrical. Also, the northern one has a prominent reddish dust lane that\'s hard to explain other than by tidal effects. Also, I think its disk appears slightly warped as well. Arp\'s comment on this entry reads: \"Connection not visible.\" I see no tidal star streams connecting any of the three, though there is a faint plume coming off the south end of NGC 5566 heading to NGC 5560. A much longer exposure might show a connection. NGC 5569 seems unfazed and likely is more a line of sight member that appears far closer to the other two than is really the case.

NED has distance data on only a few of the galaxies in my image. I\'ve made an annotated image showing these. The field is rather rich in distant quasars. 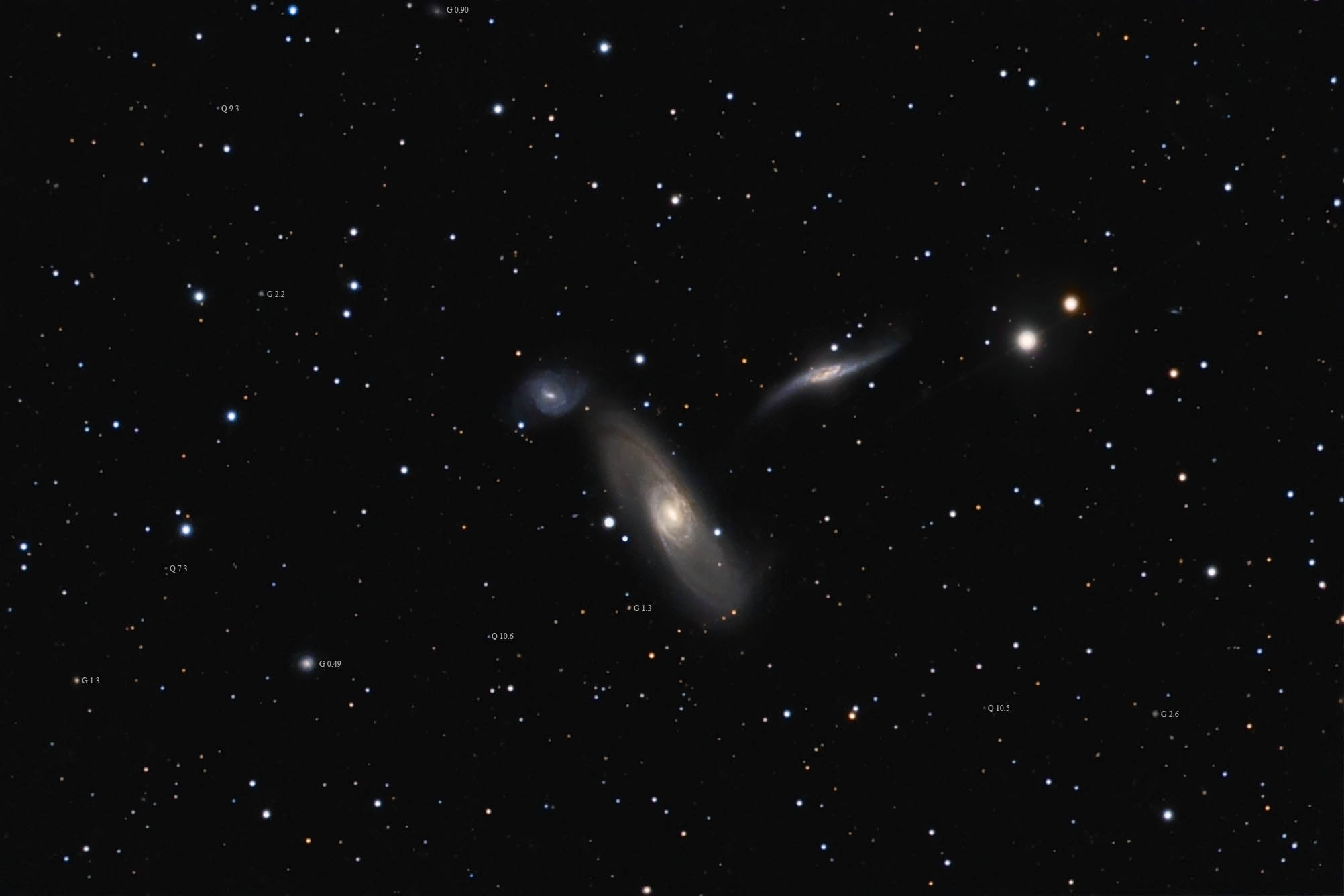 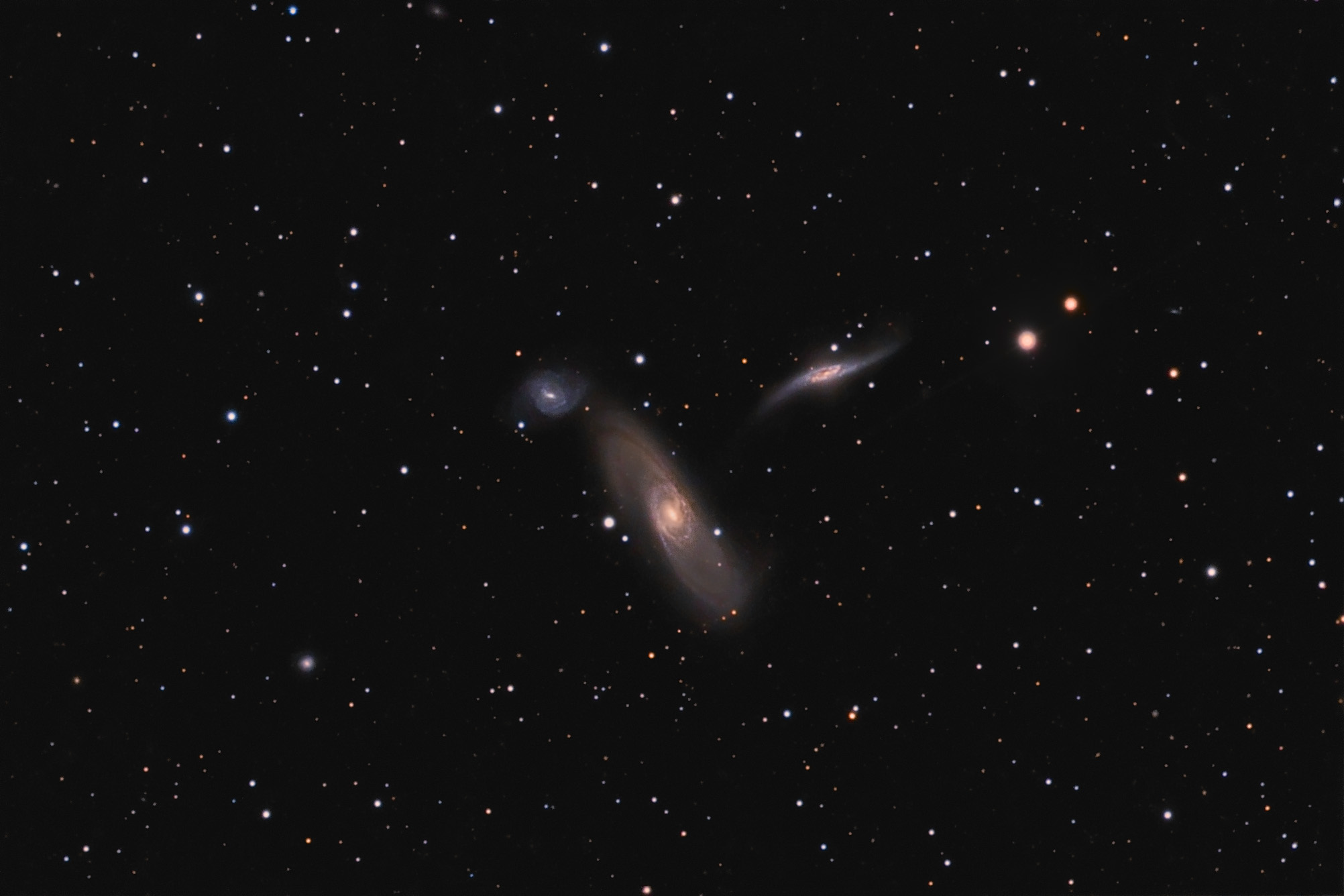