Arp 294 is an interacting pair of galaxies about 135 million light-years distant in southern Ursa Major. It appears the upper one is about to ram into the lower though this isn\'t likely the case at all. The image did remind me of a much-criticized line in the B5 series when a spaceship Captain ordered: \"Ramming speed!\". Arp classified them under Group Character: Long filaments. I\'d have classed it under Wind Effects but it isn\'t my catalog. While the northern galaxy, NGC 3788, does have a long filament that is typical of tidal interaction, the lower galaxy, NGC 3786, has two rather unusual filaments that look a bit \"wind blown\". They are likely tidally created, however. Arp did see these as his comment on the pair is simply; \"Peculiar filaments.\" NGC 3786 is classified as (R\')SAB(r)a pec and has an active nucleus that appears to be a Seyfert 1. NGC 3788 is classed as SAB(rs)ab pec. Both shine at 13th magnitude so should be visible in an 8\" scope under dark skies. The filaments, however, may challenge even the largest scopes.

The galaxies and quasars I was able to find redshift data on at NED are shown on the annotated image. The most distant galaxy is 5.3 billion light-years distant shining at fainter than 21st magnitude so at about my limit on this image. Quasars range from just 2.9 to 12 billion light-years.

The SDSS page makes reference to NGC 3793 as being CGCG 157-007. This is wrong. NGC 3793 is a single star east, not west of Arp 294. To find it on the SDSS image go from NGC 3786 to the bright red star then continue almost of the same line about the same distance to this rather bright star. It is directly below the vertical spindle of SDSS J114002.67+315607.1 mentioned above. NGC 3797 is also a star in my image but just out of the frame of the SDSS image. For a more complete discussion of this mix-up see the NGC project entry for NGC 3793. http://www.ngcicproject.org/dss/dss_n3700.asp I can\'t explain why the very red star in the Sloan image is white with a blue halo in my shot. SDSS uses three IR filters along with three visual band filters and it could be those colors are so strong they skew the color to red. Very bright stars cause blue halos in my filters but the star in question is spectral class G0 so a pretty white star in reality. It is GSC 2523:1968/HIP 56900 for those who want to look it up. 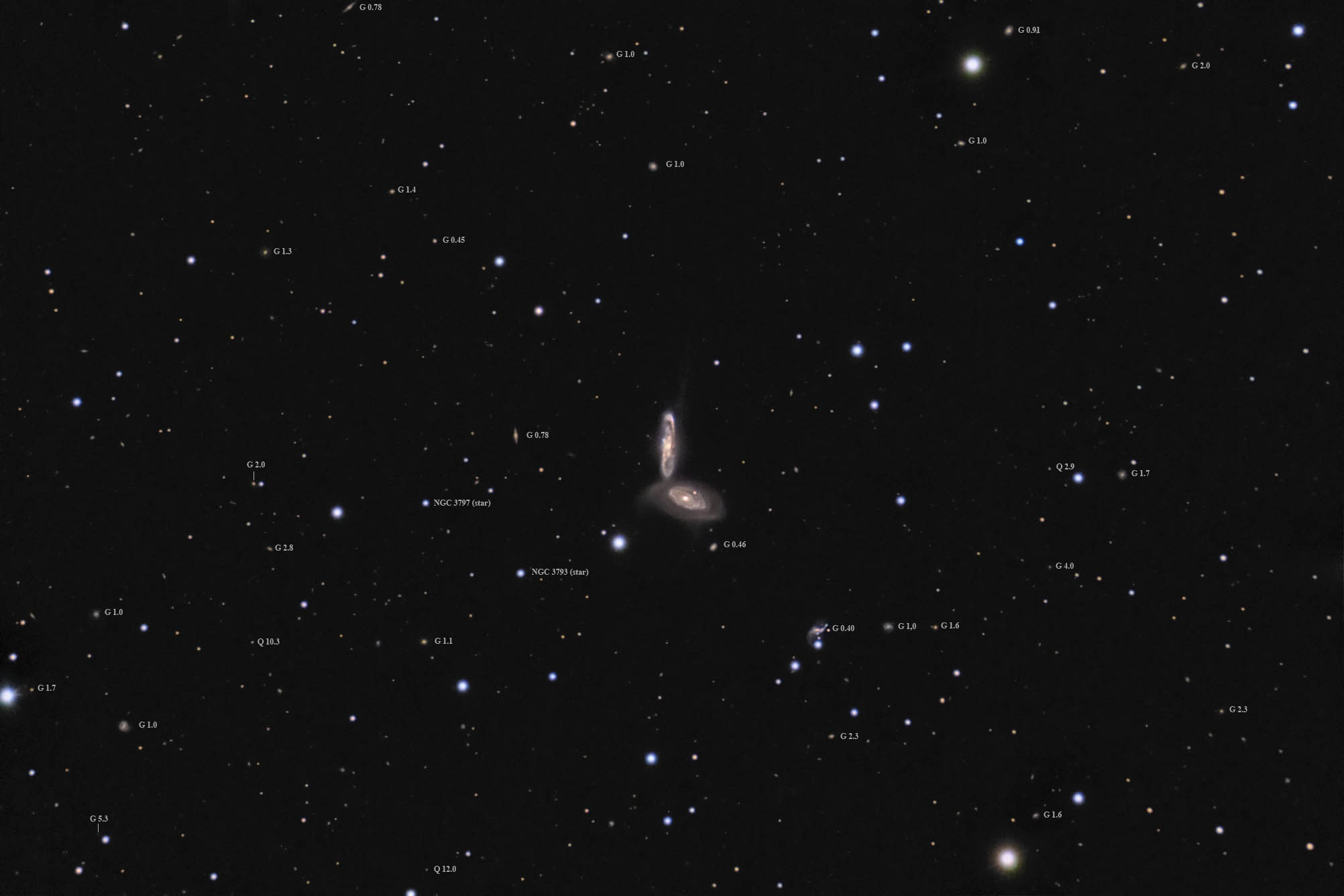 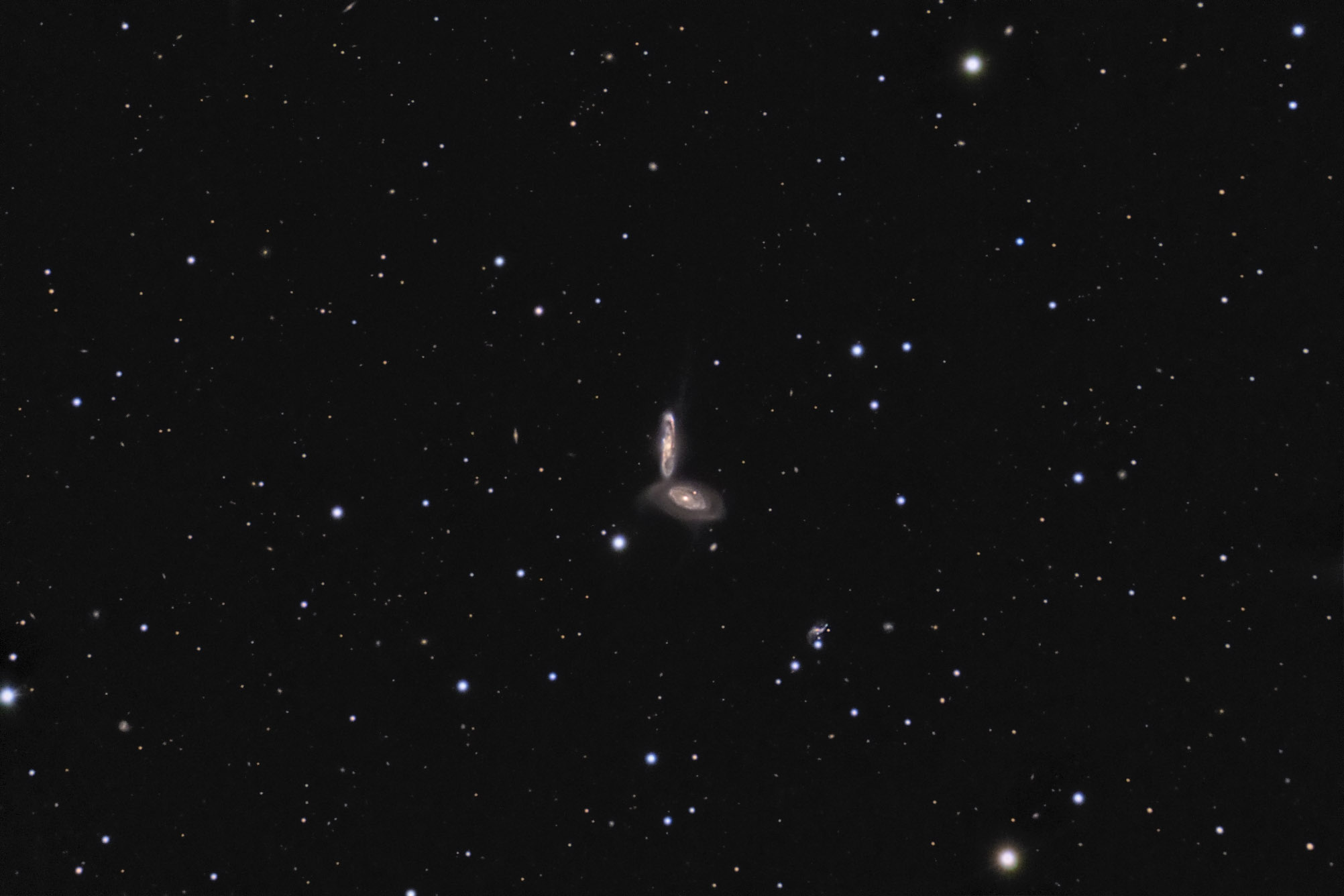