Arp 295 is another Zwicky connected pair of galaxies. The southern one is MCG -04-60-021 which is classed as Sc? pec and is a possibly LINER galaxy. The northern component is MCG -01-60-022 and classed as Sb pec. The really weird thing about it I don\'t see mentioned anyplace. That is its western half is brighter than the eastern. It seems to have a very sudden change of intensity running nearly vertically but slightly northeast to southwest right through the core. Very weird. The pair is located in the northeastern corner of Aquarius just across the border from Pisces.

The distance to this pair is a bit difficult to pin down. Since they are obviously connected they are at the same distance yet their redshifts denoting relative velocity as well as distance are quite different. By redshift, the southern galaxy is 284 million light-years away while the northern is 301. Most of the other \"major\" galaxies in the image have redshifts of about 280 to 295 million light years so it is likely this is about the correct distance to these two as well. IC 1505, the large elliptical-like galaxy to the northwest has a redshift distance of 281 million light years. About all I find on it is are several comments that it is NOT Arp 295 as some authorities apparently claim. 2MASX J23420451-0334508 the spiral above the northern component of Arp 295 is at 296 million light years.

There are 4 asteroids in the image. The faintest is closest to Arp 295 about halfway between the northern component and IC 1505. It is (186080) 2001 SO230 at magnitude 19.2. Above it and slightly left is the brightest asteroid, 220052) 2002 RY101 at 18.0. Above IC 1505 and level with the face on spiral near the top of the image is 2002 TD17 at magnitude 18.7. These last two are moving only in right ascension which is rare. The final asteroid slightly below center near the right edge. It is (136974) 1998 RO50 at magnitude 18.2. The reason the asteroids are sending a sloppy \"A\" in International Morris Code is that I took 6 frames but the second was lost to clouds. That created a gap in the trail but shows they were in retrograde motion moving west in the sky at the time I took the image. The \"dot\" is fainter than the rest of the trail as that image was partly lost to clouds as well. One advantage to not needing to guide is that you don\'t lose the target when clouds hit. It just picks up where you left off without me doing anything. In fact, I was probably sound asleep when it happened.

The night was very hazy with lots of gunk over the lake that I was imaging through. This created nasty halos about many stars. Seeing this when I started I set the system for 6 rather than my normal 4 luminosity and 4 rather than my normal 2 for color data but clouds wiped out one L and the last two red and first two green images. I really need to redo this one this fall under better skies.

This field is out of the Sloan survey area but I did find a shot of this group taken by the one-meter scope at the Naval Observatory in Flagstaff. Note they put the distance at 270 million light years. I don\'t know how this was determined.
http://apod.nasa.gov/apod/ap051008.html 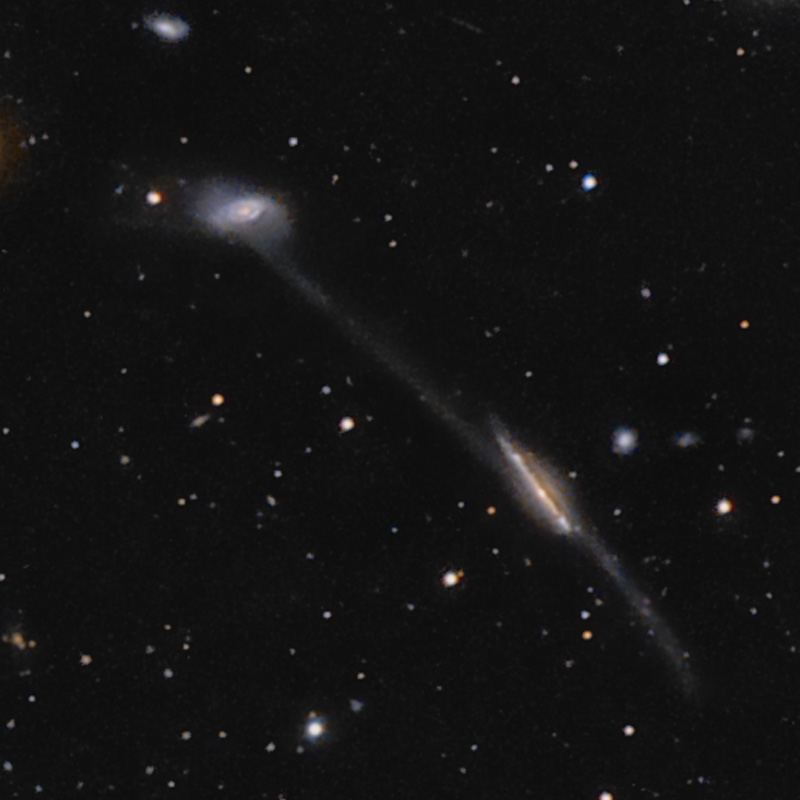 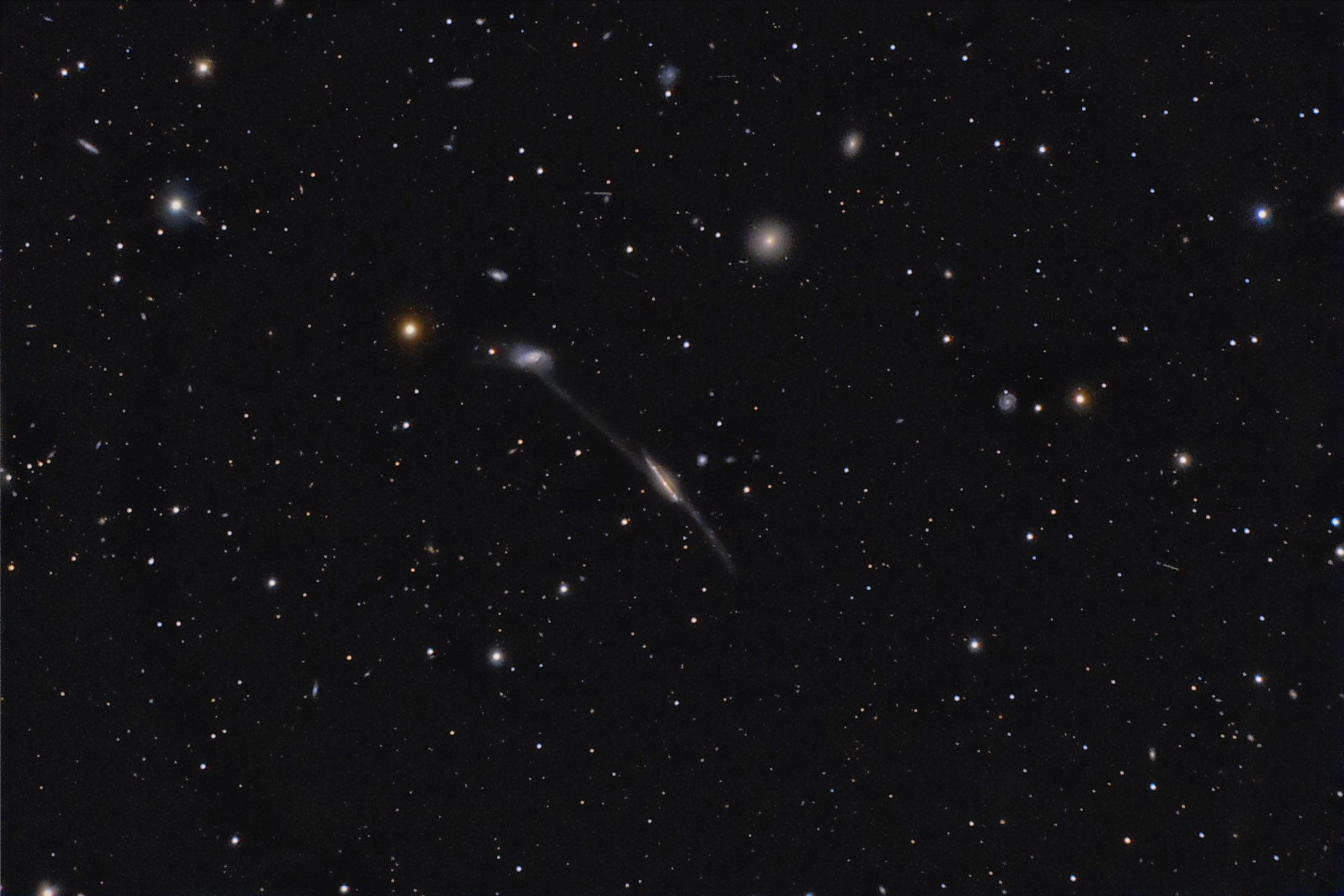