ARP 301 is a pair of interacting galaxies in northwestern Leo about 300 million light-years distant. The two galaxies are UGC 6204 (face on spiral) and UGC 6207 the edge on spiral. Arp put them in is Double Galaxy class. Looks like it could have gone in his Wind Effects class to me. The plume on the east end of UGC 6207 that gives it that wind blown look doesn\'t have that appearance in Arp\'s image. Arp has no comment on this pair.

UGC 6204 is classed at NED as Sb? pec. Edge on UGC 6207 is classed as Sb? pec one place and SBb another. Arp made no comment on these. UGC 6204 does have three interesting knots in the arm that have been created by the interaction. The edge on also is full of blue knots. Wish we could see it from a better angle. UGC 6204 seems to have a double core. The SDSS sees the southwest (lower right) one as the main one apparently while everything else refers to the northeast one as listed at NED.

UGC 6207 has a blue knot just east (left) of the orange disk. The Sloan survey gives it a separate designation listing it as a separate galaxy. They give it a redshift that puts the object about 6 million light-years further away than UGC 6207. I really doubt that it really is a different object, however. There is a blue, maybe fuzzy, spot at the very end of the long tidal arm of UGC 6204 right where it begins to overlap UGC 6207. It\'s hard to tell from my image or Arp\'s if it is a star or star knot in UGC 6204. The Sloan image seems to show it is a knot. It doesn\'t list it in any way, either as a star or part of a galaxy. I will go out on a limb and say it is a knot below my resolution. 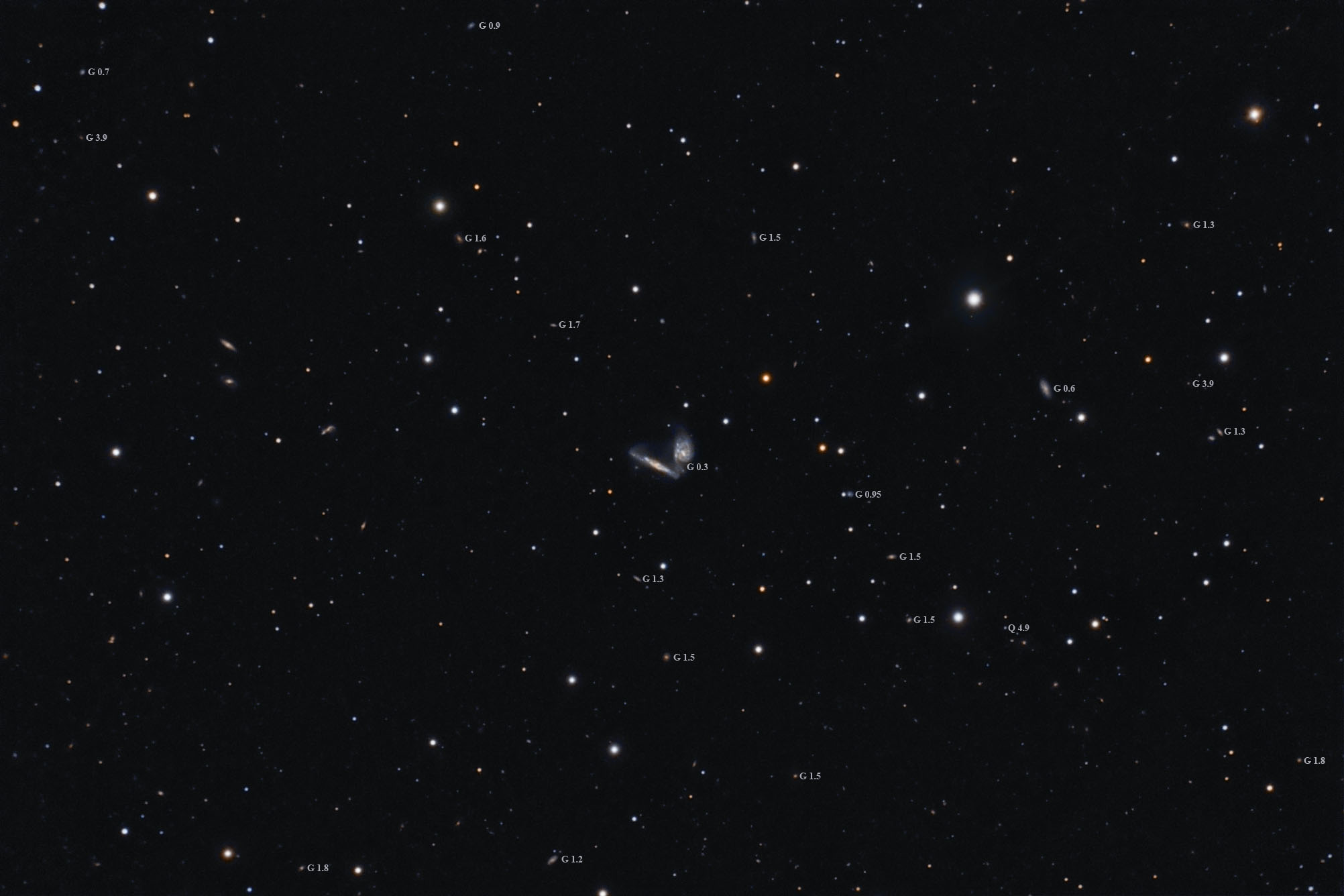 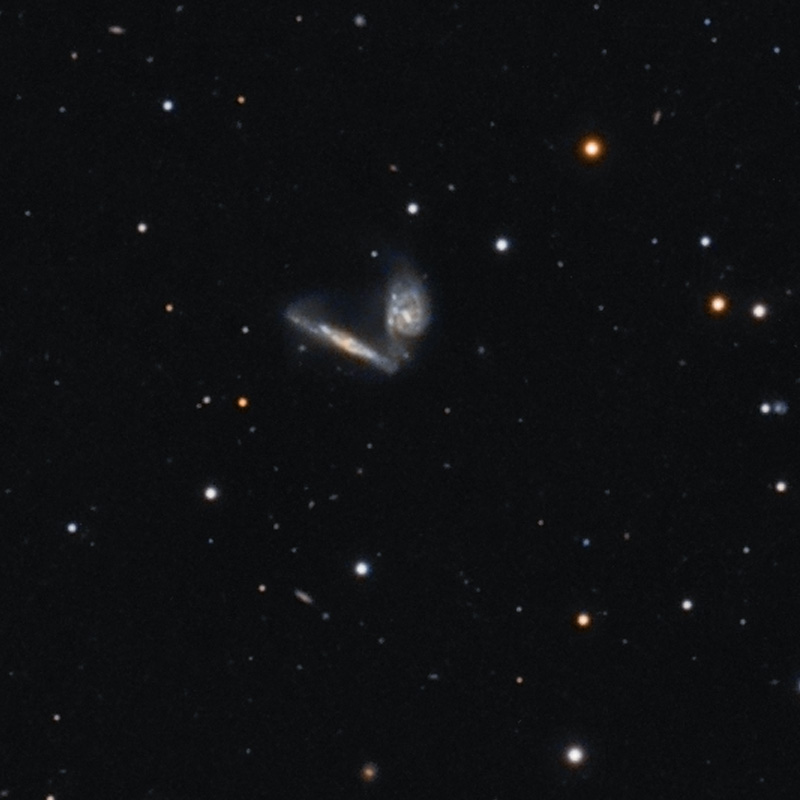 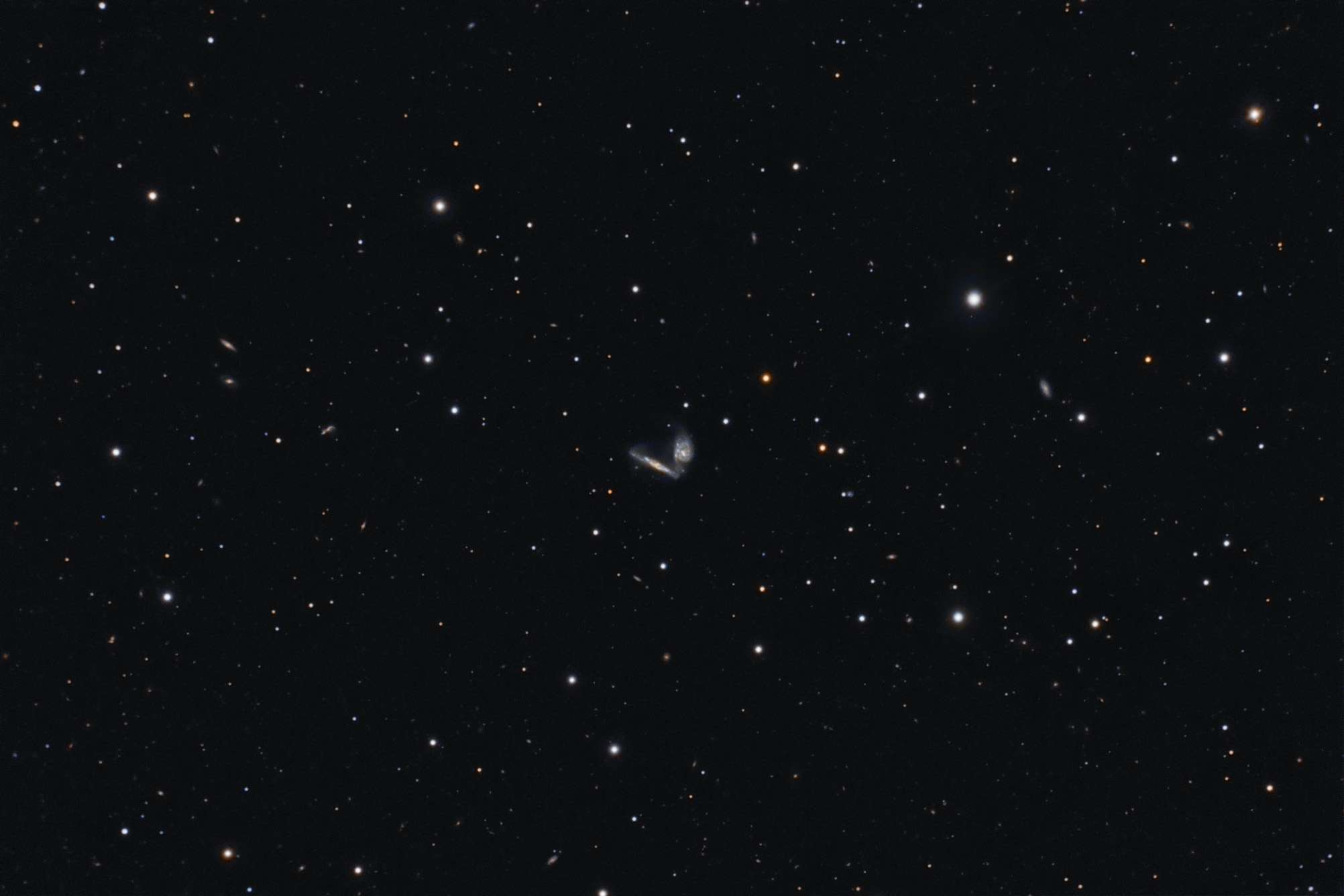