Arp 304 consists of two galaxies NGC 1241 and NGC 1242, right to left and a double star to the southeast, NGC 1243. The two galaxies were first seen by William Herschel. John Herschel, unable to see 1242 recorded the double star. Dreyer saw all three but recorded the double star as a nebula. It seems odd that even with a 72\" scope (speculum mirror I assume) he couldn\'t recognize 2 14th magnitude stars 12\" apart. The NGC is full of such mistakes, some single stars. They are the two stars southeast of NGC 1242. William Herschel found NGC 1242 on January 10, 1785 and NGC 1243 on December 15, 1786. Neither are in a Herschel 400 observing program.

The pair is about 175 to 178 million light years distant in the constellation of Eridanus. Arp put them in his catalog under double galaxies with filaments. I suppose that is the northward arm of NGC 1241. While red shift puts them at about the same distance there\'s some question about whether they are interacting or not. One note at NED says no, another yes and another wanted more data. NED classes NGC 1241 as SB(rs)b Sy2, NGC 1242 as SB(rs)c:. NGC 1241 does have that odd arm and NGC 1242 seems odd with that very blue northern arm and one heavy arm. So I vote for the interaction being possible. Still, there are no real plumes which is likely why others say no interaction.

But there is one asteroid 2005 LZ45 at magnitude 19.8 shows up as a short streak angling slightly upward west of the bottom end of NGC 1241. It is at the edge of the 150% crop image above a slightly orange star that\'s the first up from the bottom right corner of the cropped image. 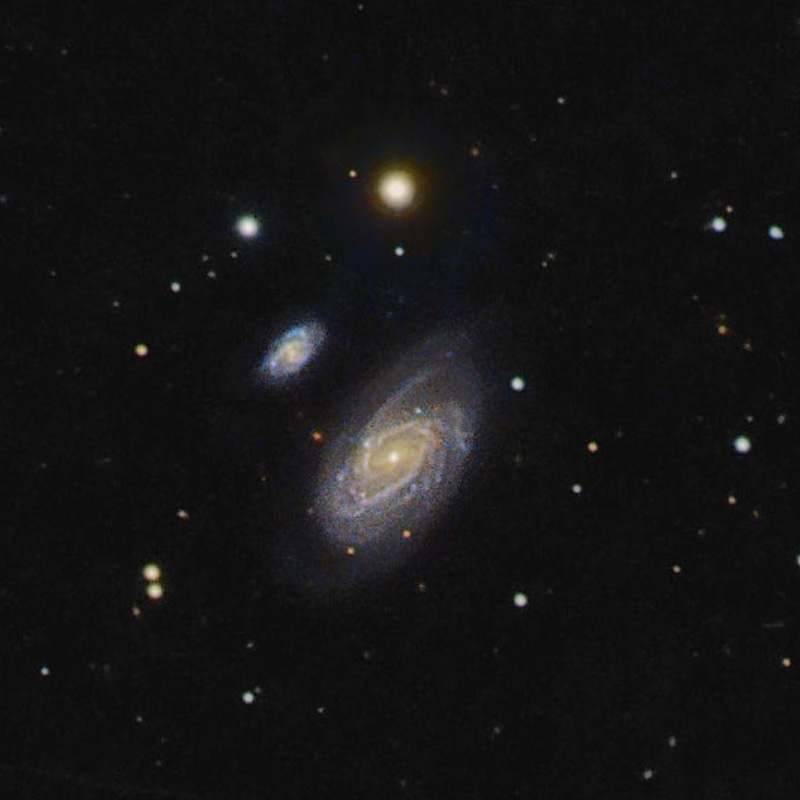 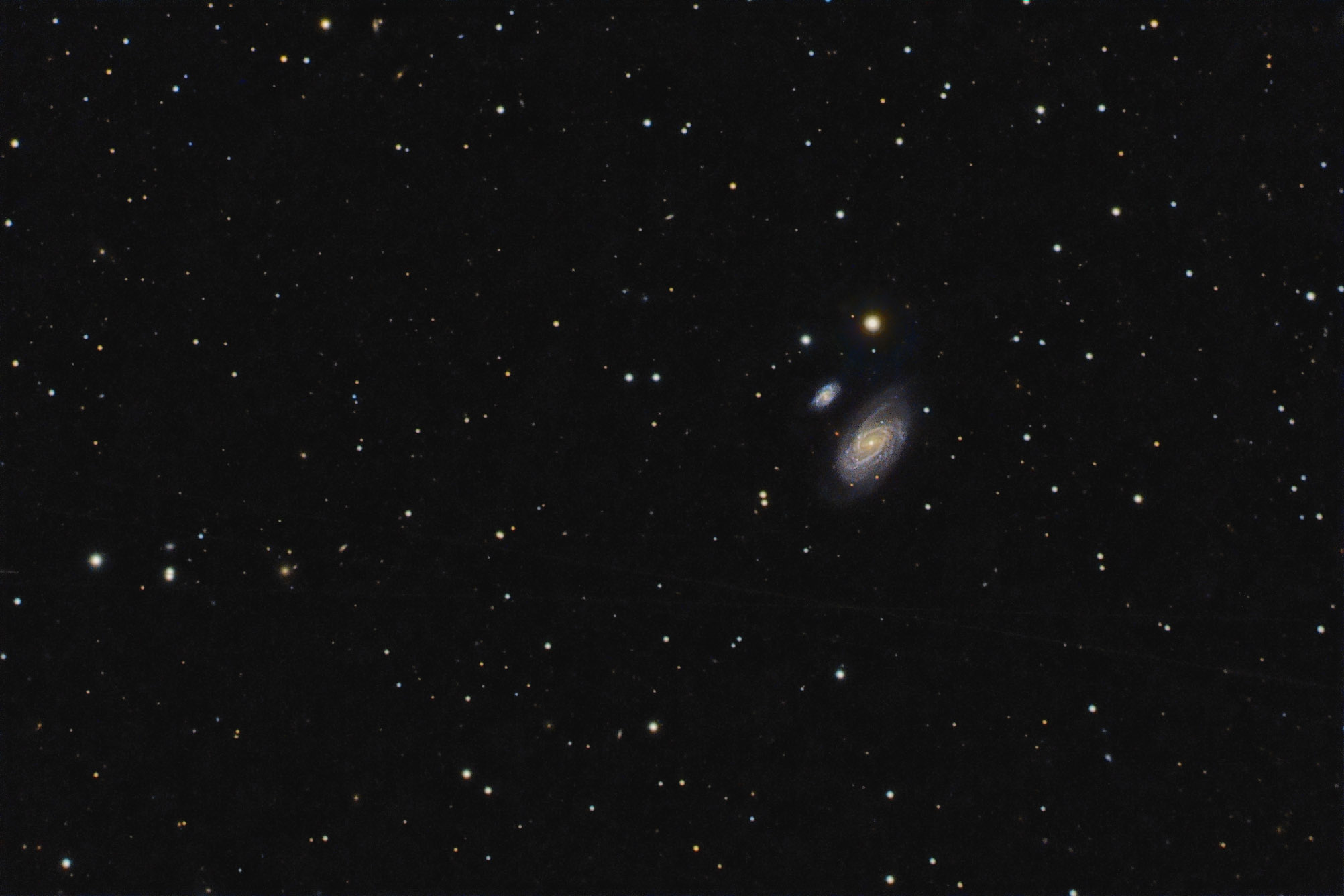