ARP 305 is a pair of galaxies. That\'s how Arp classified them as well, \"Group Character: Double Galaxies. This is the same classification as Arp 303 though this pair is far more interesting. The northern galaxy is NGC 4016. It looks to me as if it has two sets of spiral arms. One set narrow and looping back to the core like a pretzel while the other pair are broad and set at nearly a right angle to the first pair. Both are obviously due to tidal effects of a close encounter, probably with NGC 4017. But explaining their vast difference would seem to me to be a major headache. Could it be two merged or superimposed galaxies? If so, rotational rates would likely be different but since we see it so face on, likely not enough different to be measurable. NGC 4016 is classed by NED as SBdm:. Train-wreck is likely a better classification. One note at NED says of it: \"Distorted, patchy, hints of spiral structure in the outskirts\". Odd but I thought those arms were rather obvious. Why it isn\'t classed as peculiar as well I can\'t fathom. NGC project though does class it SBc-Irr which makes more sense to me.

NGC 4017, while at first appearing more \"normal\" shows strong signs of interaction with NGC 4016, not the least of which is the faint connection that seems to run from its northern arm up to NGC 4016. Most obvious is the debris almost dead center between them. It seems a bit \"windswept\" (to use an Arp term) with wisps of stars appearing to have been \"blown\" northwestward. Arp commented on this filament when he said: \"Segment breaking from arm of small galaxy, weak filaments reach to north galaxy, which has figure 8 loops.\" The detached piece plus the faint piece half way between almost make it look like the northern arm of NGC 4017 is shooting star blobs at its companion. Note too that there\'s a lot of debris off the southern arm as well that heads nearly due east. I\'ve attached a 150% enlargement of my image that shows this a bit better than the main image. I suppose any residents living on stars orbiting these detached pieces would resent being called debris. NGC 4016 was discovered by R. J. Mitchell on March 30, 1854 while NGC 4017 was seen by William Herschel on April 11, 1785. It isn\'t in either H400 observing program.

Southeast of NGC 4017 are two short dashes with a gap between them. This is the asteroid (84842) 2003 AS17 at magnitude 19.1. I took color data between two 20 minute luminosity imaging runs. That created the gap as there\'s nothing for the color data to color in the gap. Below the western end of the western trail is a very red spherical galaxy. It is SDSS J115903.15+272321.9 and is also just under 2 billion light-years from us. There are quite a few other galaxies in the lower part of the frame that are at this 2 billion light year distance. 2 minutes of arc below the south edge of the image almost on its centerline is the galaxy cluster MaxBCG J179.60472+27.27528 with 22 members per NED. Its distance is listed as, you guessed it, just under 2 billion light-years. With no size given for it, I can\'t tell if the 2 billion light-years distant galaxies in my image are part of the group or not. It seems likely, however. 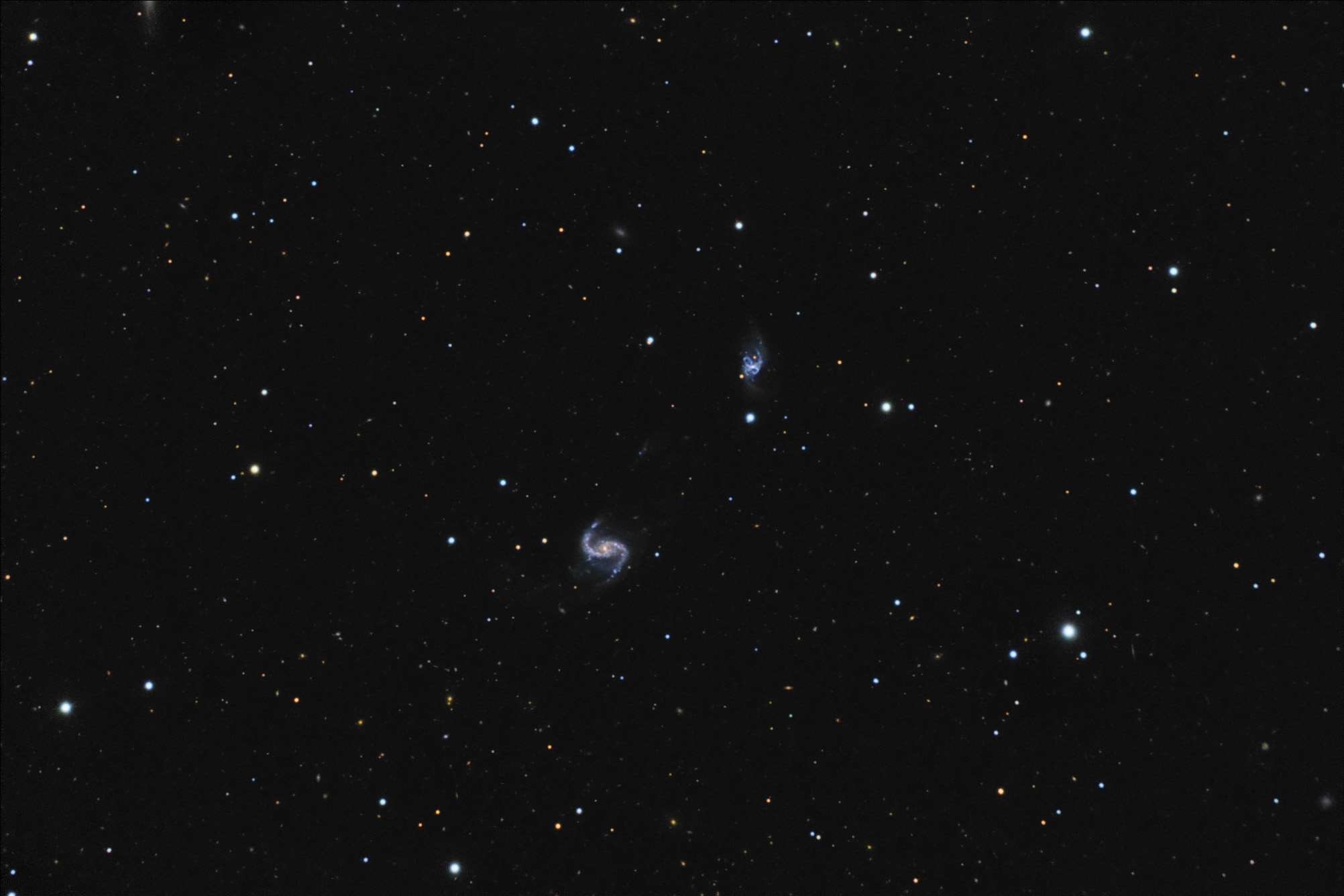 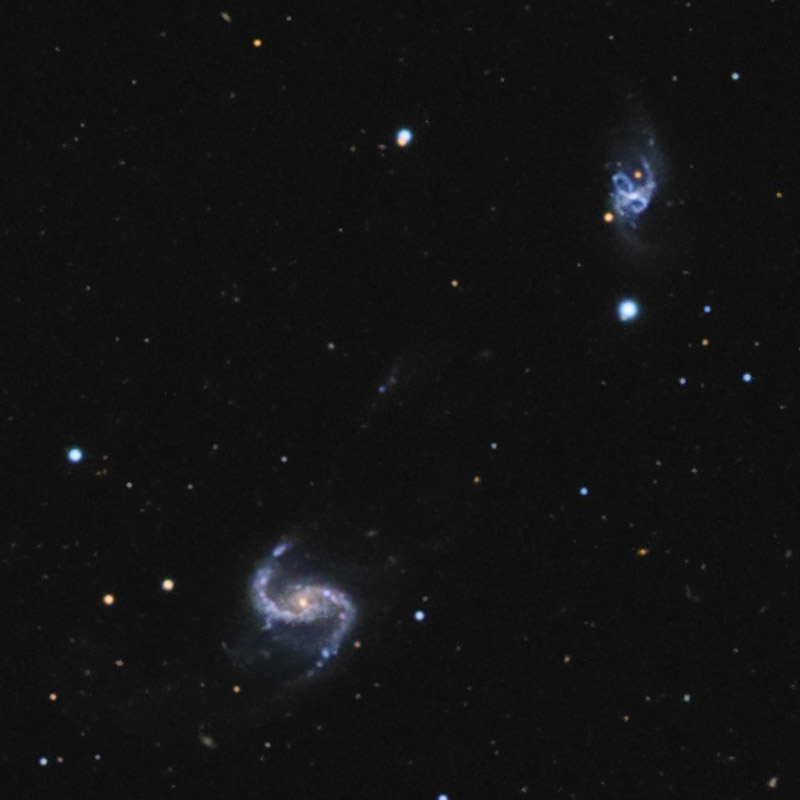