The smaller and fainter pair to the northeast is UGC 1105 with a redshift distance of 79 million light-years. It doesn\'t have a redshift for each part only one for the pair. UGC 1105 NED01 is the very blue near starlike object toward the northern end of the galaxies core region. The lower, ill-defined part is UGC 1105 NED02. NED\'s position for the southern part is about the middle of the object where there is a faint, double, condensation rather than the lower, bigger and brighter condensation (all three appear about equal in the SDSS image, however. The lower one wasn\'t listed which surprised me. The only redshift value given is for the pair.

Did Arp realize this was two pairs of interacting galaxies? If he did he never mentioned it. Though he had little to say about any of his entries, letting the category speak for itself. What comments he did make added little to understanding the object, being only descriptive in nature.

The only other object in the image with a redshift measurement is the galaxy cluster NSCS J013202+044446 to the northwest of Arp 306. It is listed at NED as having 20 members and a redshift distance of about 4.8 billion light years. No diameter is given so how many of the very faint galaxies in this area are members I can\'t say.

This image contains more asteroid trails than I\'ve ever captured on one image. The L channel was taken over two nights which helps in the capture of so many. 5 came from the first night under rather poor conditions while the other 11 were seen the second night. Four were in both images. Rather than 16 asteroids I actually captured 12, 4 of them twice. Color data came from the second night. So only \"bright\" asteroids from that night show a color trail. 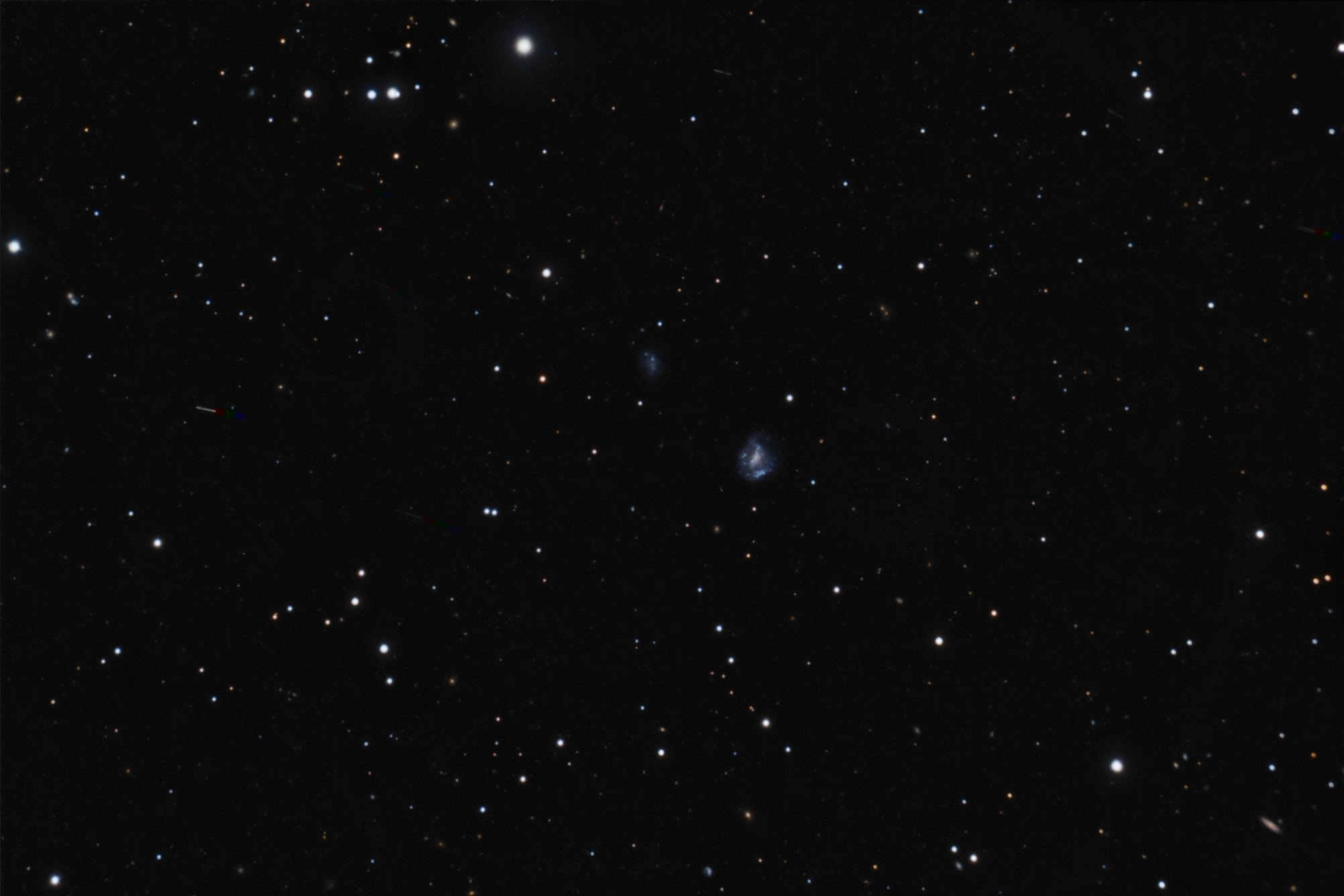 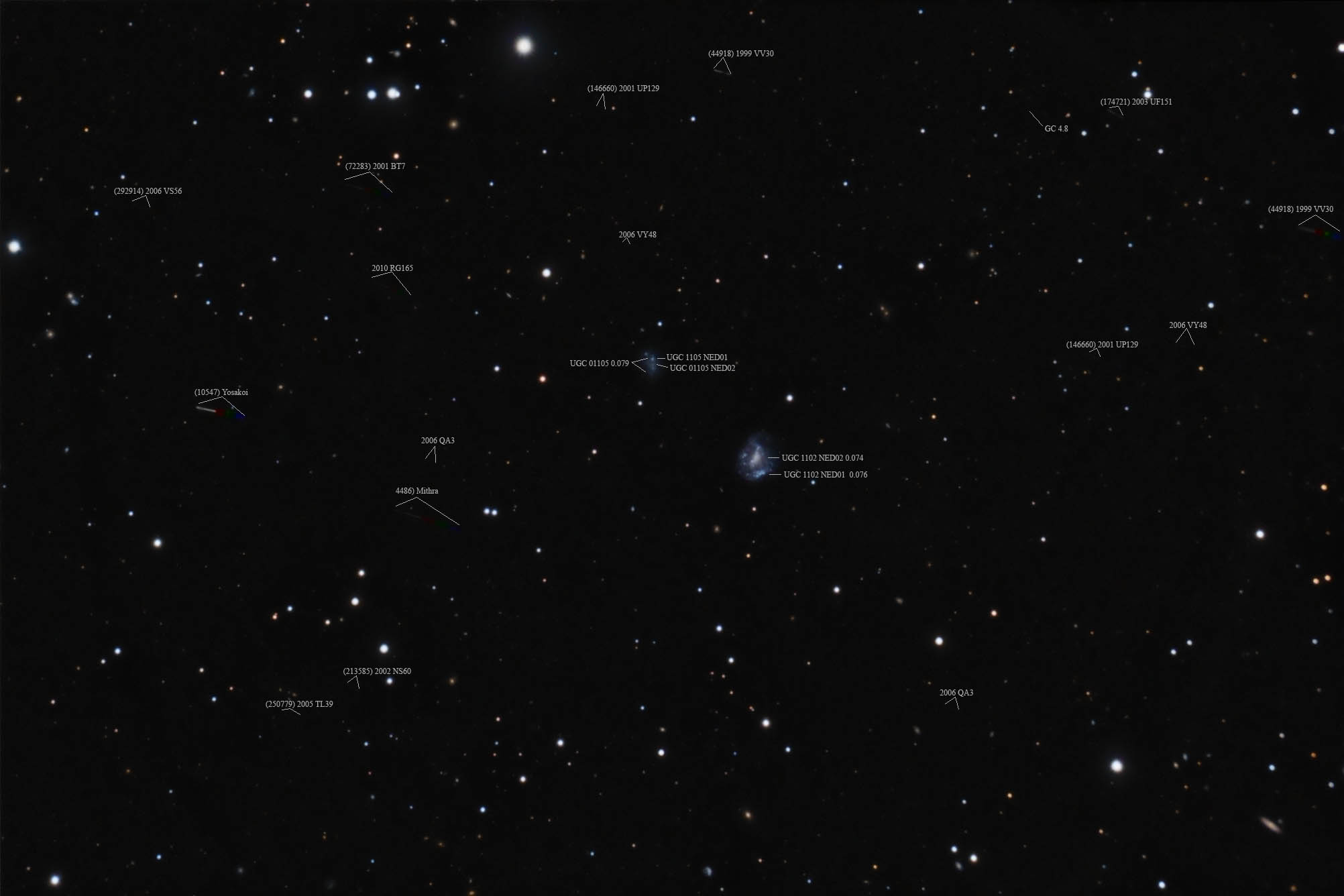