ARP 313 is a trio of interacting galaxies. The biggest member in the center is NGC 3995, to the west (right is NGC 3994. The glow-worm like the galaxy to the northwest (upper right) is NGC 3991. Redshift data shows these to be about 150 to 157 million light years from us. NGC 3994, the undistorted one having a redshift that could indicate that it is a good 5 million light years closer thus explaining why it shows so much less distortion. Still, it is a LINER galaxy which indicates something is going on. LINER stands for Low Ionization Nuclear Emission Region. A very complicated way of saying that the core of the galaxy has emission lines indicating there\'s a lot of gas in the core that is slightly ionized -- that is not many of the electrons are missing but more than you\'d expect. The cores of most galaxies are pretty dust and gas free. That is out in the disk of the galaxy where we live. But in galaxies that have interacted with others or that have really active cores due to a hungry black hole, it is seen. Since NGC 3994 doesn\'t seem to have an active black hole the LINER status would indicate it is feeling the interaction with the other two. Also if you look closely you can see some tidal arms coming off the north and south ends of it. Unfortunately, again taken in moonlight, I can only bring out a hint of this without making the image very noisy. I\'ve attached a crude stretch to show this halo. It appears to connect to NGC 3995 but that is mostly noise from the moon and not real. I need a moon free night to tell more.

NGC 3995 and NGC 3991 are certainly interacting as shown by the very weird nature of both as well as the very blue colors in both indicating massive new stars have formed in these galaxies in the last few million years. Considering the galaxies are at least 10 billion years old this is very young astronomically speaking. 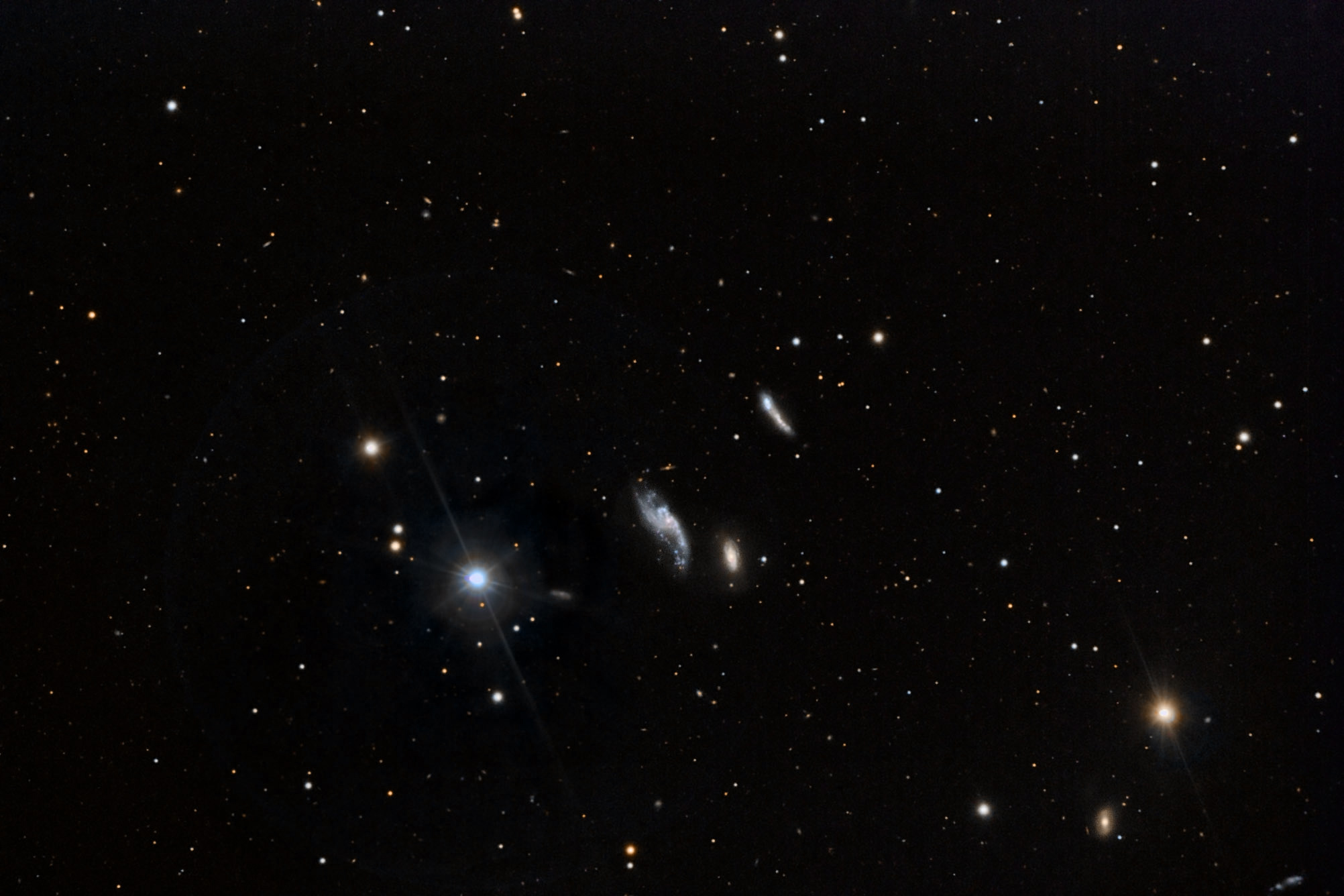 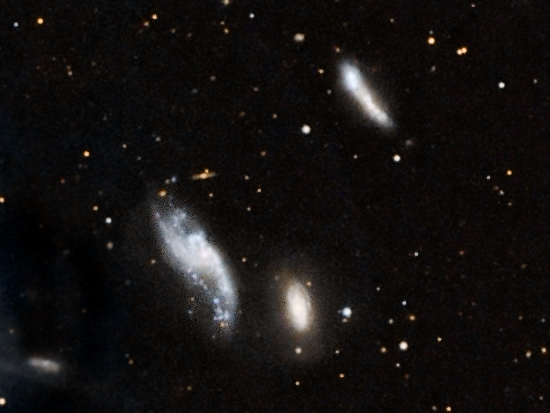