I\'d been hoping for a really good night to image this group. Finally, we had one and the northern lights turned on so bright you could read a newspaper. I might as well have been imaging from downtown Chicago. I ended up throwing out a third of the luminosity images and half of the red, green and blue images keeping the best two. Still, I had super nasty gradients. Normally my background would be about 250 counts out of 65,000 but this image was 14,000 at the upper left, falling to 8,000 near the lower right but then a huge ray or something popped up taking the very lower right corner to 39,000! Thank goodness for GradientXTerminator. It took several applications using various techniques but I ended up with a usable but not great image. My biggest worry is color balance after removing so many gradients. But I think I\'m rather close to being correct even though most of the galaxies seem overly reddened.

Arp 330 is in Arps class: Group Character: Chains of galaxies. One note describes the group: \"In a beautiful interconnected chain of six red compacts [faintest m(pg) = 18.5] and one blue crescent-shaped post-eruptive compact: m(pg) = 16.5.

The very red, large, barred spiral galaxy to the upper left corner is 2MASX J16501529+5333072, so yet another IR galaxy. It is apparently part of the same group at 400 million light-years. Its red color seems to fit the group as well. But it must be a much larger galaxy.

Within the main group is the lone highly distorted spiral. It isn\'t red at all. In fact, it has a rather large blue tidal area between the two larger elliptical\'s halos. The blue area is faint but seems real. Thus it must be interacting with the others and its redshift a poor indicator of distance.

The only other galaxy with a redshift in the image is 2MASX J16471357+5333403 in the upper right corner. It fits right in with the others with a redshift distance of 380 million light-years.

Going NW of Arp 330 about 7 minutes you come to the center of the Zwicky galaxy cluster ZwCl 1647.6+5337 NED shows it as having 157 members in a diameter of nearly 2 degrees, far larger than my image. It shows a redshift distance of -- you guessed it -- 400 million light-years. It appears nearly all its members are very red.

I\'ve identified many of the galaxies around Arp 330 on a separate image. You might wonder about the galaxy at the top near a bright star. It wasn\'t in NED or SIMBAD. The Sky identifies it as PGC 281743 at magnitude 16.5. Apparently, it is not an IR galaxy so was missed by the 2 micron survey that picked up most of the galaxies in the image. What about the SHK galaxies? SHK stands for Shakhbazian Compact Groups. Number 16 on the list includes Arp 330 and surrounding galaxies. Most of the 2MASX galaxies are also members of the SHK 16 group. Those that are members of SHK 16 but not 2MASX cataloged galaxies I identified by their SHK 16 number. Arp 330 carries several other group designations such as CGPG 1648.0+5331 and I Zw 167. Like the SHK group, these may contain more galaxies than Arp did, I didn\'t check this, however.

Even with the problems of the aurora my image goes deeper than his which surprised me. 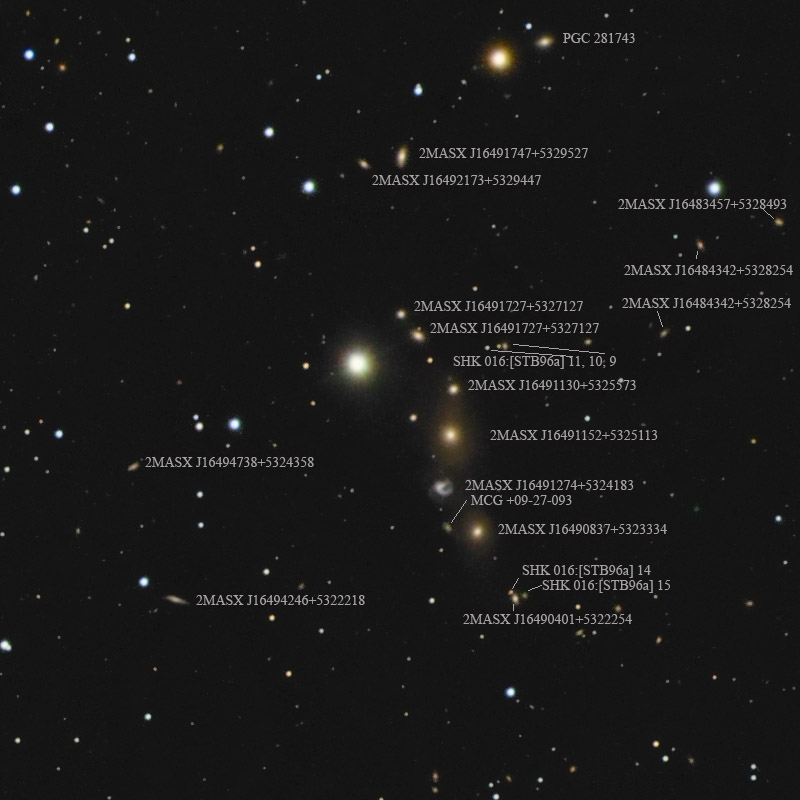 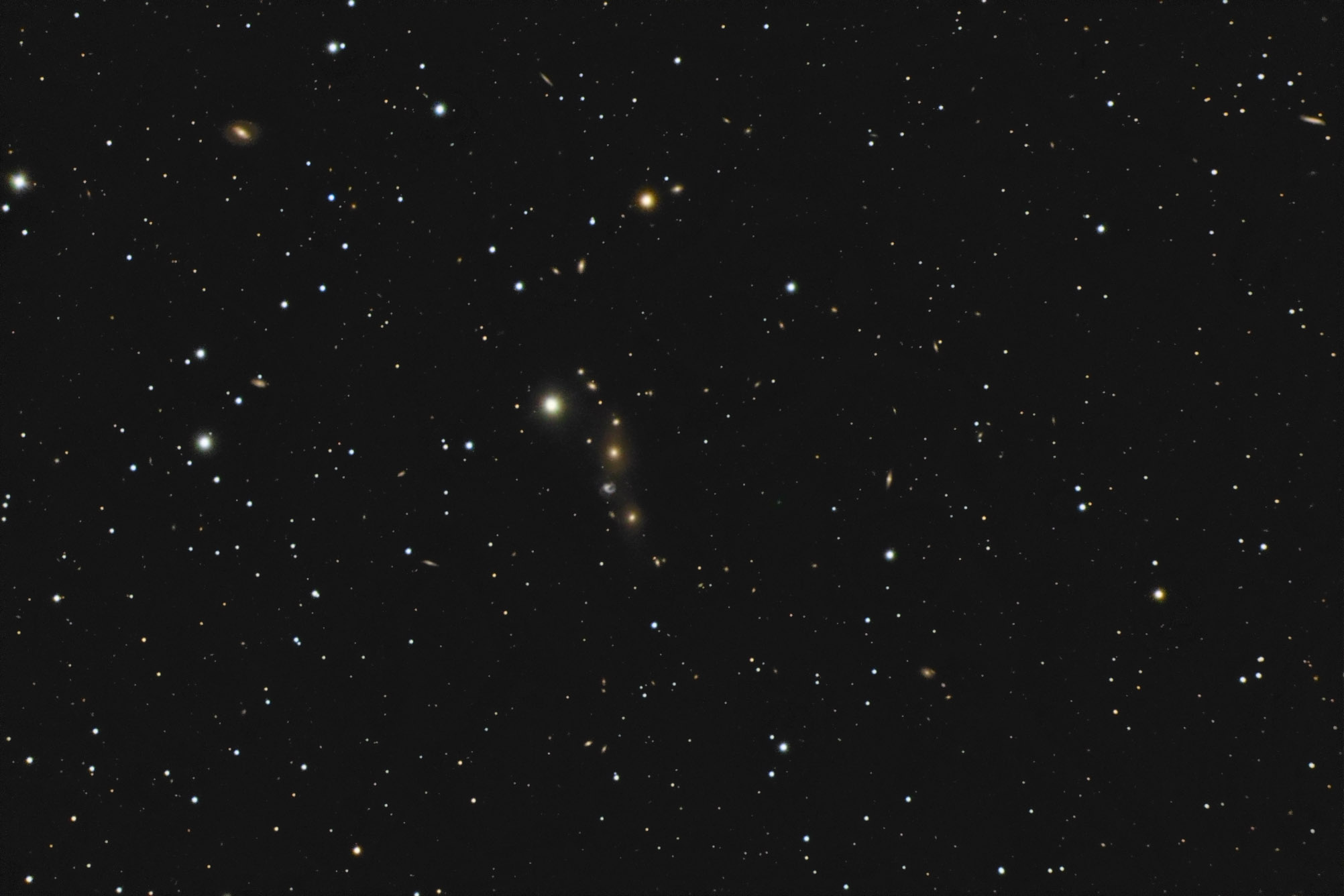