Arp 336/NGC 2685 is an example of a polar ring galaxy though that\'s hard to tell from its classification as (R)SB0+ pec. It is probably the result of the merger of two spiral galaxies that were oriented at right angles to each other, one winding up around the other. This is a very nearby object, being only about 45 million light-years away. It is sometimes called the Helix Galaxy as the remains of one of the spiral galaxies seem to spiral around the other galaxy. Where the helix structure passes in front of the other galaxy it is seen as a dark feature but where it is away from the other galaxy it is a bright feature. It is also known as NGC 2685 and is classed by Arp under his \"Miscellaneous\" category. This is for those few he cataloged that were one of a kind. At least as far as the 200\" Palomar telescope could see at the time. There is another famous polar ring galaxy but it is too far south so wasn\'t on the survey plates Arp used to make his catalog. Hubble took a famous image of it ( https://www.spacetelescope.org/images/opo9916a/ ) but I can\'t find one of Arp 336 other than a raw image. I find that surprising. A photo from Kitt Peak is at:
http://www.noao.edu/image_gallery/html/im0851.html
HST raw data: https://en.wikipedia.org/wiki/NGC_2685#/media/File:NGC2685-hst-R814G555B450.jpg

One note in NED says:
\"NGC 2685 is perhaps the most unusual galaxy in the Shapley-Ames catalog. There are two axes of symmetry for the projected image; most galaxies have only one. The central, amorphous spindle resembles a normal S01 seen on edge. However, helical filaments surround the spindle. Because of projection effects, it is impossible to tell whether these filaments form complete circles around the spindle or whether they start somewhere on the spindle and spiral outward at right angles to its axis. The filaments are seen in absorption when they pass in front of the bright background, but they are luminous when they are not silhouetted. Note how the entire north-east end of the spindle is covered with the projected absorption lanes of the helix. A luminous external ring around the entire structure may be either a true ring or a complete shell seen in projection. Many questions are unanswered about this galaxy. Is the central feature a spheroid (with two axes equal as in a plate or pancake), or is it an ellipsoid like a cigar? What is the direction of the angular momentum vector? Is the external ring attached to the central regions, or is it separate?\" 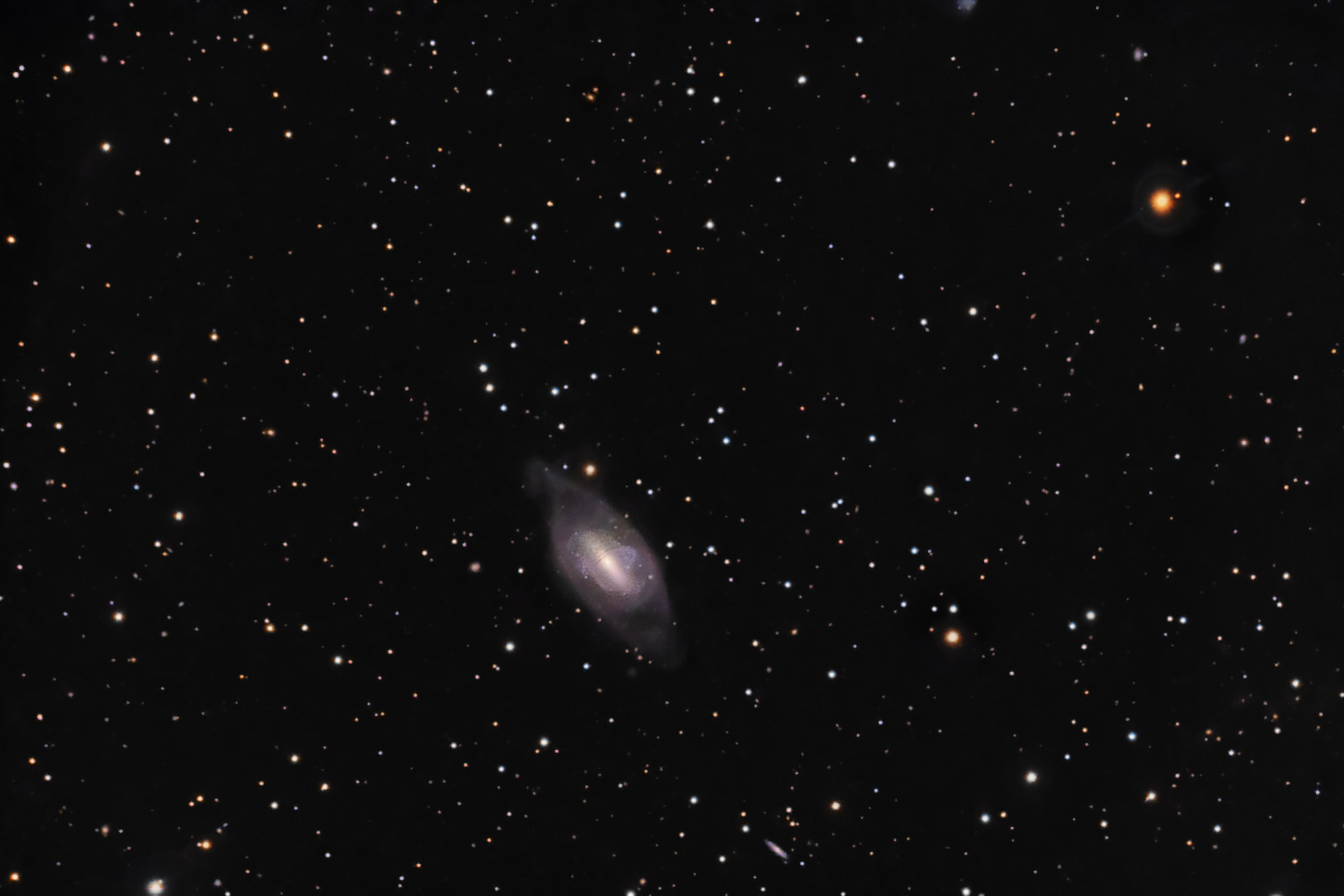 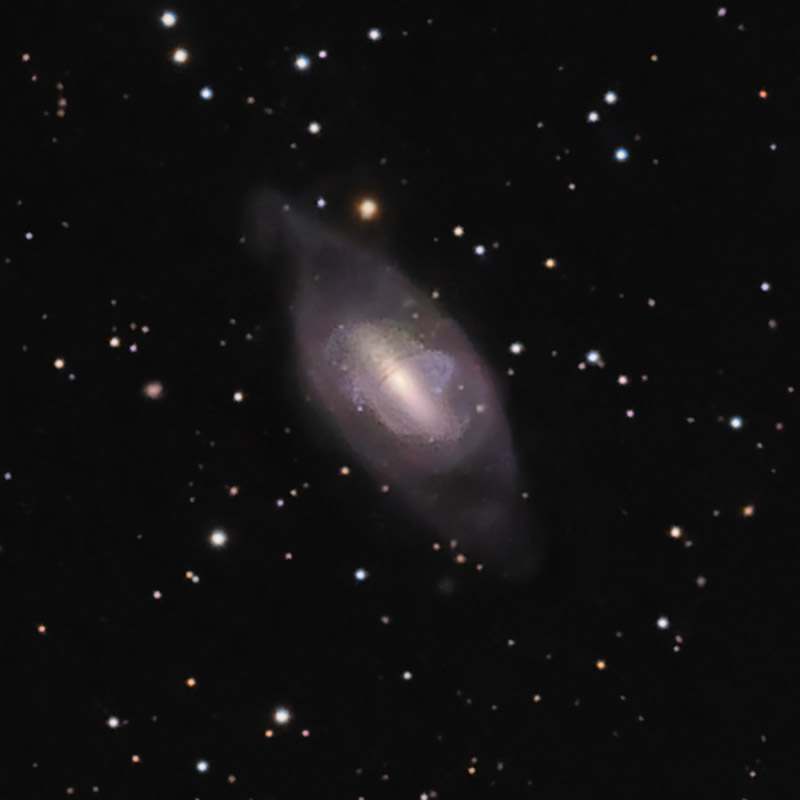