M2 is a globular star cluster in Aquarius. It is classified as type II meaning it is quite compact. It is thought to be about 37,500 light-years distant. It has a very elongated orbit. Just how elongated is still up for debate but the latest figures say it can go out over 170,000 light-years and get 165,000 light-years from the galactic plane. It may get within 23,500 light-years of the galaxy\'s core. My image was taken when I first was getting started in digital imaging then on a poor night. I tried reprocessing it but the data was poor as was the night so this is another for the reshoot list that likely won\'t happen.

It was first seen by Jean-Dominique Maraldi on September 11, 1746. Messier appears to have independently discovered it September 11, 1760, 4 years before he started to record such objects as a project. Neither saw its stars. That had to wait for William Herschel\'s much larger telescope. Until then it was just a nebula without stars and thus rather comet-like except it didn\'t move from night tonight as a comet would. 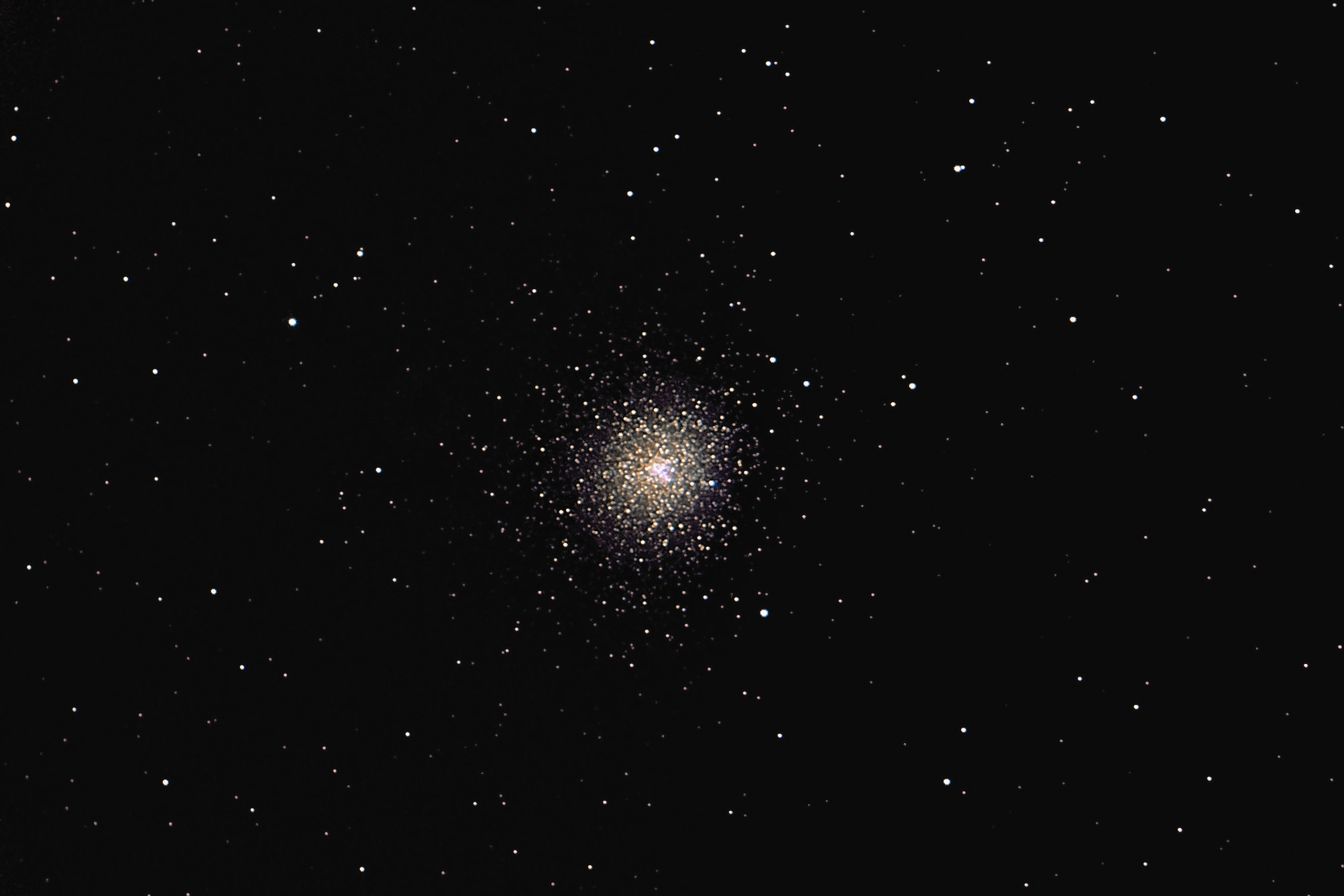