M3 is a globular star cluster in Canes Venatici. It is considered one of the showpiece globular star clusters. At about 34 thousand light-years from us and 40 thousand light-years from the galaxy\'s core, it is a rather distant one to be so famous. It contains a large number of variable (mostly RR Lyrae) stars, over 200. The cluster is about 200 light-years across in deep images and contains some half million stars. The cluster is quite blue due to the large number of \"Blue Stragglers\" that it contains. It is thought that most globular clusters formed at about the same time as our galaxy, 10 to 11 billion years ago, and that its stars all formed at that time. Yet these \"Blue Stragglers\" appear to be young stars as stars of their color would live very short lives compared to the age of the cluster. There are several explanations of how these come to be. One is the merger of two or more stars, another is one star stripping gas from another raising its mass enough to turn it blue, still, another says the outer shell of a helium burning star has been stripped away exposing the super hot blue core. Maybe all are involved. With such closely packed stars, it is very difficult to get a good spectrum of these stars which would help to understand this issue.

While Messier had discovered M1 and M2 earlier they\'d been first seen by others. M3 is the first in his list that he appears to have discovered before anyone else. He found it on May 3, 1764. As with his globular discoveries, he saw it as a nebula without stars. William Herschel was the first to resolve it, and others, into stars thanks to his telescope with much better light grasp. It appears this object is the one that triggered his desire to hunt down these comet-like objects. While M1 and 2 were logged years before this was the first of 18 he found that year.

See: http://messier.seds.org/m/m003.html for more on this object. 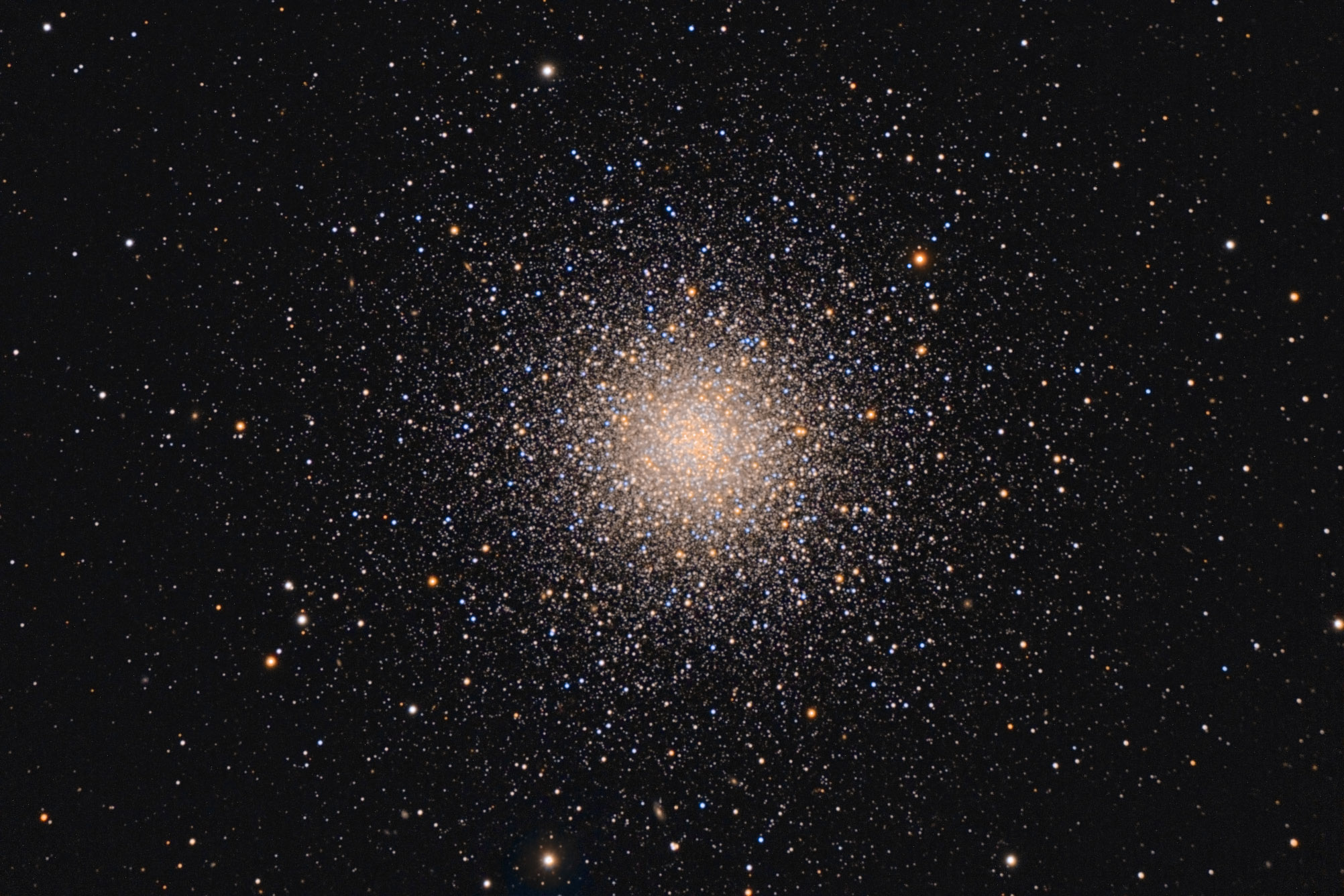