M13 was discovered by Edmond Halley in 1714. Charles Messier recorded it on June 1, 1764. Its age is often stated as older than the universe which is impossible of course. Safe to say it is very old and may predate our galaxy\'s formation. That would mean it was captured from another galaxy ours likely disrupted in its early days.

You can read more on this at: http://messier.seds.org/m/m013.html

As with most M objects, I took this one back in 2007 when I didn\'t quite understand what I was doing and my processing skills were rather poor. Since this one turned out fairly well I\'ve not reprocessed it though it could use this treatment. 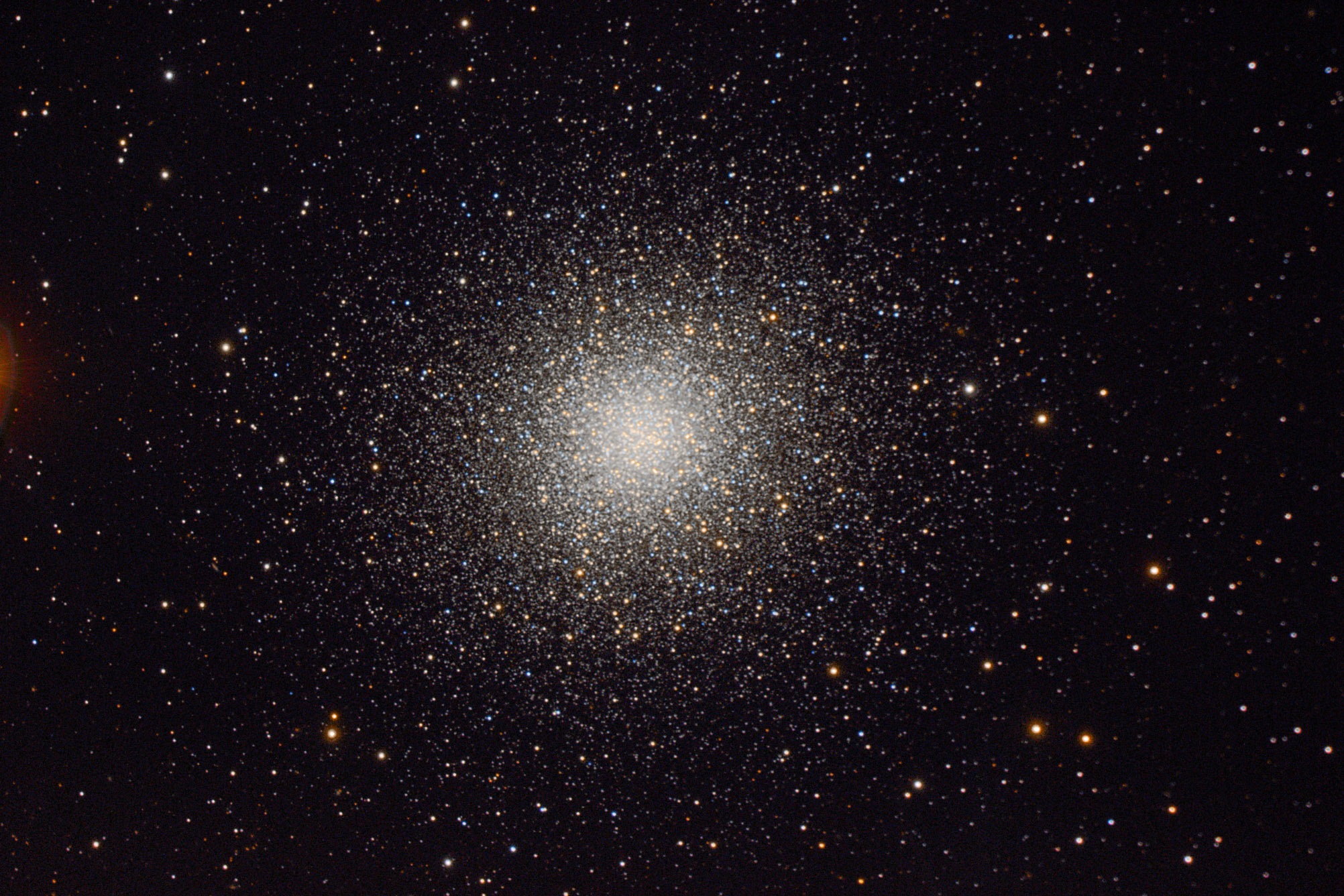