M14 is a rather typical globular cluster, class VIII, in Ophiuchus. Being a bit below the celestial equator and in the edge of the Milky Way it is a bit difficult for me to image clearly. Dust from the galaxy seems to have reddened my image considerably. I reprocessed it to correct for this using eXcalibrator so hope it is more accurate than before. Searching the web for images I find some red like my original one, some that match my \"corrected\" version and others far bluer than mine such as this one with a 0.9 meter telescope by the pros https://www.noao.edu/image_gallery/html/im0836.html . Which is right? Who knows. I\'m going with mine for now.

The globular does have more variable stars than most though no where near the record for them. It was discovered by Charles Messier who listed it on June 1, 1764. Exactly when he first saw it I was unable to determine but he usually recorded his discoveries rather quickly, but for say M110 which he never recorded but is credited with finding.

This was another early image of mine that short changed the exposure time though for globular clusters this isn\'t all bad but did leave me with a lot of noise to deal with when I reprocessed it. 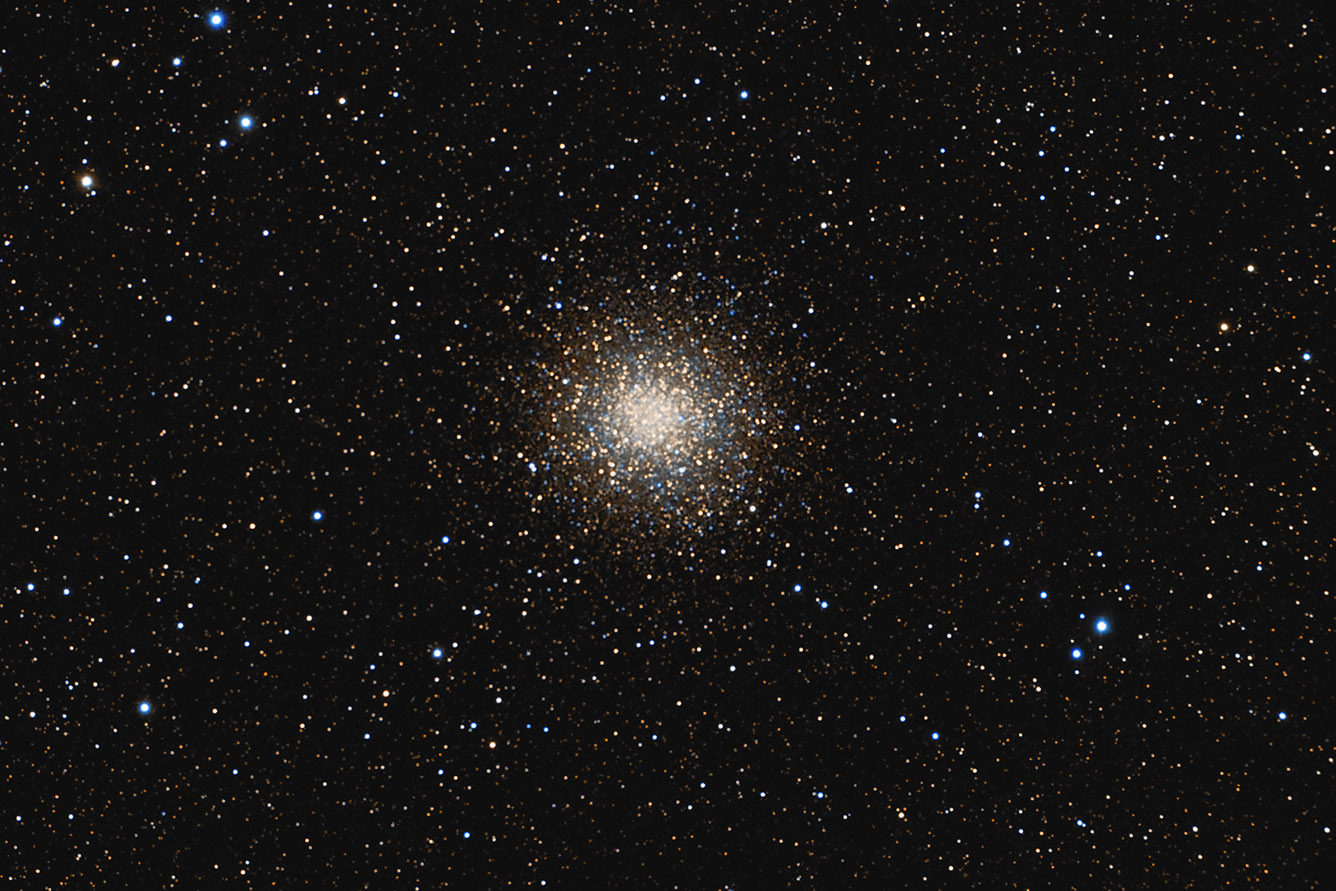