M15 is a large, core collapse, globular cluster in Pegasus. Often described as the fly on the horse\'s nose because of its location. A core collapse globular is one in which the massive stars have all fallen toward the core of the globular making it unusually dense. My image has used a radial filter to tone down the core so individual stars can be seen. For a version that hasn\'t done this to the extent I did is at: https://apod.nasa.gov/apod/ap131119.html

The cluster is some 35,000 light-years distant by current literature though older reports put it very slightly closer.

It is home to a planetary nebula, Pease 1. In fact, it is the first planetary nebula ever found in a globular cluster though others are now known but not in any Messier globular that I\'m aware of. My seeing the night this was taken wasn\'t all that good but you can just make it out as a blue object to the northeast of the core. The southern part is bright and starlike in my image while a shell to the north shows as a much fainter blue region. The enlarged cropped image of the core points to both parts of the nebula. I really do need to take this one on a better night. But since this dates back to 2006 and it hasn\'t happened again don\'t hold your breath.

The cluster was likely first seen by Jean-Dominique Maraldi on September 7, 1746 while he was searching for De Chéseaux\' comet. Messier then cataloged it on June 3, 1764. Maraldi described it as a nebulous star...composed of many stars. So did he see it as stars or not. Most vote he didn\'t but was just thinking the light was likely made of many stars too faint for him to see. Messier definitely didn\'t see its stars. Most credit William Herschel for that.

You can read a lot more on this cluster at: http://messier.seds.org/m/m015.html 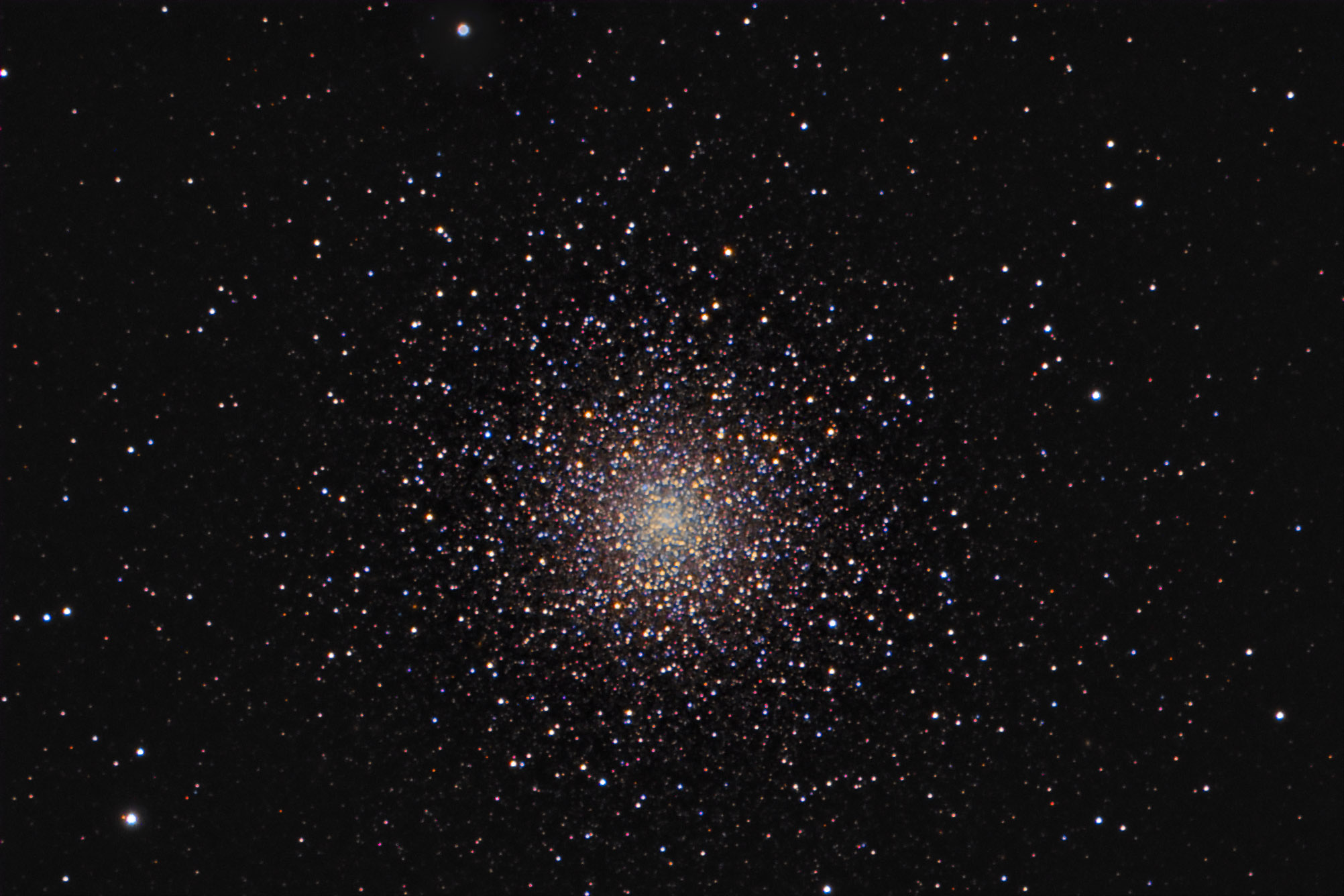 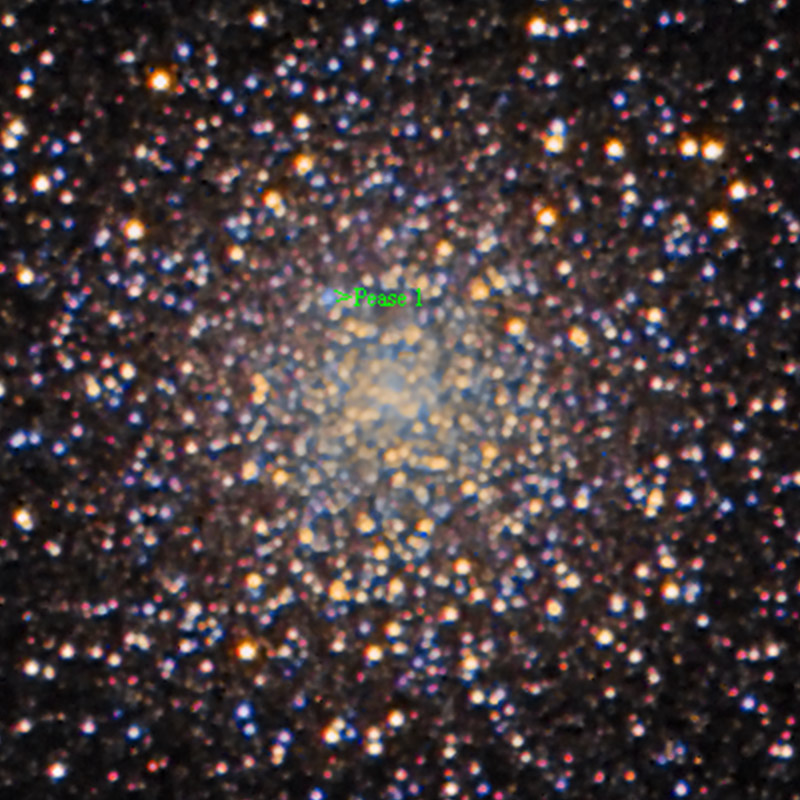