M29 is a rather poor star cluster in Cygnus. It\'s bright stars sort of resemble the little dipper shape of M45. It is severely obstructed by a molecular cloud between us and the cluster. This makes determining a distance difficult. WEBDA says 3750 light-years but other sources place it as far as 9000 light-years. WEBDA\'s distance is the closest I found. There\'s a bit better agreement on age with 10 to 13 million years commonly seen. How obscured it is hard to say with these other uncertainties. Some say 3 magnitudes are lost due to the cloud. Others say it is reddened by about three quarter\'s magnitude but say nothing about total light loss. It is listed as Trumpler class III3p. That translates to detached cluster with no concentration; bright and faint stars, less than 50 stars. For such a bright and easy cluster, even in binoculars, this is one with lots of uncertainty.

This was one of the very first images I took and boy it shows. Most consider my images as data starved with only 40 minutes of luminance data and 10 to 20 for each color. But for this one, I used a grand total of 5 30 second luminance images for a grand total of 2.5 minutes. Each color was similarly exposed. It also is quite obvious no dark frame was used nor flat field frame. Just raw data from the camera. Obviously, this one should be retaken but with it being such a poor cluster this may not happen.

The cluster was first discovered by Charles Messier on July 29, 1764. Johann Bode made an independent discovery over 10 years later on December 5, 1774. It must have been pretty low in his sky when he saw it. It\'s only 15 degrees up on that date even still in astronomical twilight. 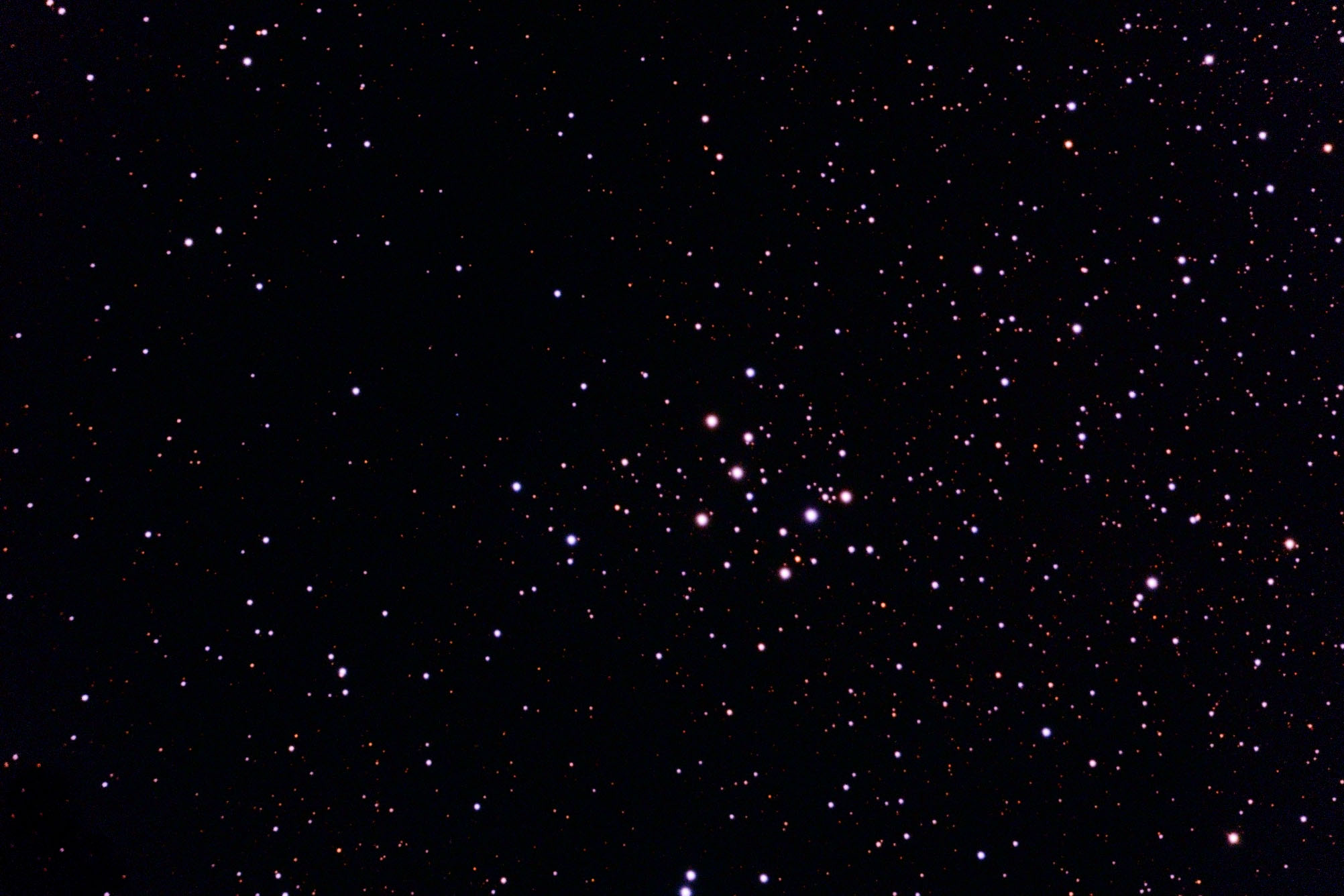