M 38 is an open star cluster in Auriga in 2007. I\'d thought I processed and posted it long ago. I was astounded to find I hadn\'t. The directory only had the raw data. Since there\'s very little to see here but stars I\'ve reduced it to 1.5\" of arc per pixel from my normal 1\" per pixel size. Some call it the Pi Cluster as it is supposed to resemble the symbol for the Greek letter Ŕ. I\'ve never seen the resemblance myself. (Ŕ is upside down in my image with north up.) M38 is in Auriga about 4200 light years from us, it is about 25 light-years across and about 220 million years old (very young). It consists mostly of short-lived blue stars. It was discovered in 1654 by Hodierna but he didn\'t tell anyone so it was rediscovered 95 years later by Le Gentil in 1749. He did tell the world of his discovery so is usually listed as its discoverer. Messier knew about Le Gentil\'s discoveries and included most in his list in 1764. Messier didn\'t even start his catalog until a year after Le Gentil discovered M38.

Hodierna was one of the first to try and catalog nebulous objects but he was severely hampered by his poor quality Galilean 20x scope. He compiled a list of some 40 objects, not all real unfortunately due to being mislead by his telescope\'s low quality. His work was quickly lost not to be found until the early 1980\'s, 300 years later. Otherwise, we might be calling it Ha. II.7 rather than M38. He also found nearby M36 and M37. He thought all were nebula rather than star clusters, however. He also discovered Ha. II.3 which was missed by Messier and is known as the \"Double Cluster\". A very famous object to beginning amateur astronomers. Another lost item is Brocchi\'s Cluster. It really should be Hodierna\'s Cluster. This is a perfect coat hanger hanging upside down in the Milky Way as seen in binoculars. Again he saw it as a nebula, however. It is easily seen as a coat hanger in any pair of binoculars. The only nebula he cataloged as a nebula was M 8. He did catalog M42 but considered it \"Luminosae\" whatever that was. M45, the Hyades, and several other huge star groups were in this category. But the much smaller, bright cluster NGC 6231 (way too far south for me to image) is in this category as well. 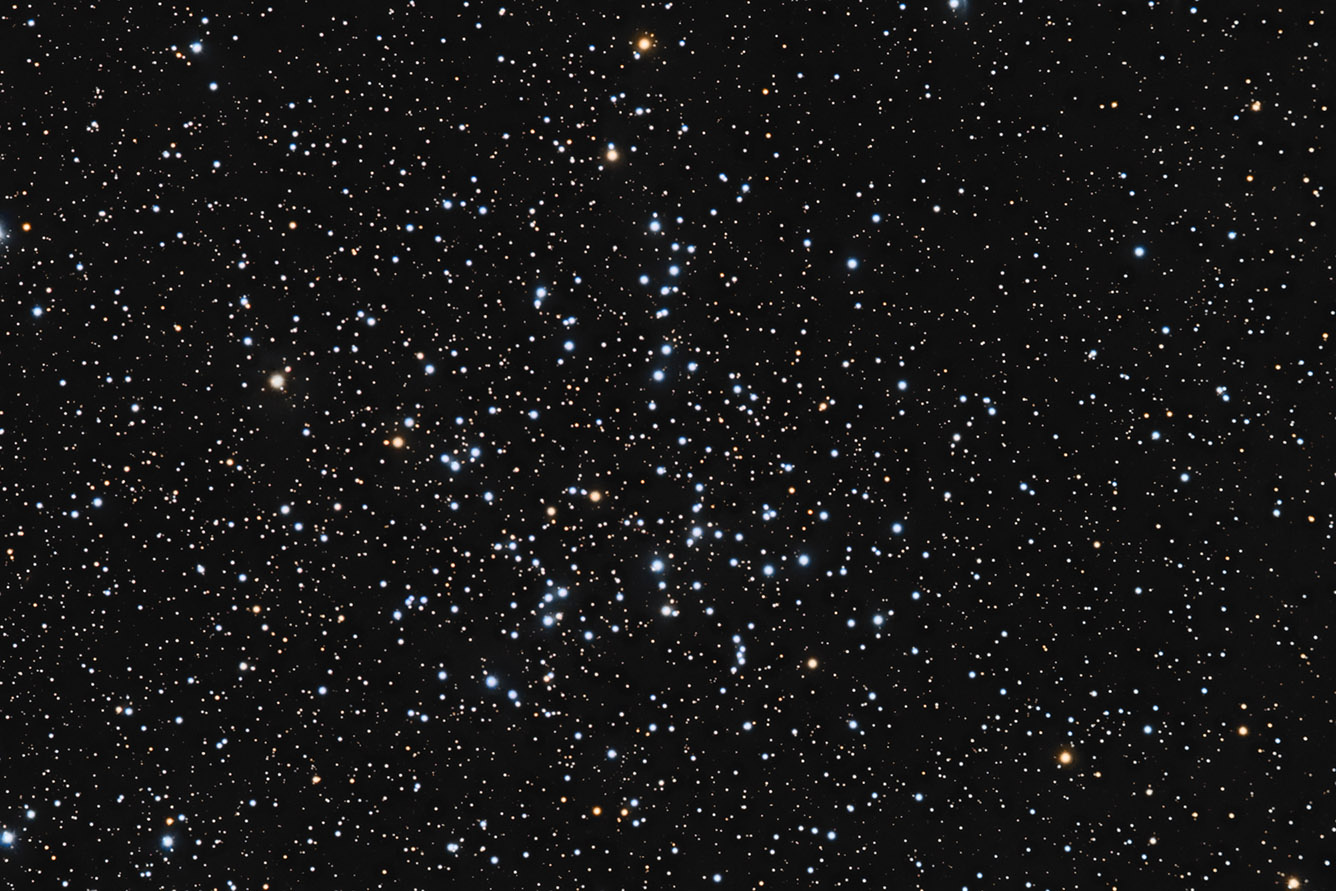