M42 and 43 are two of the most famous objects in Messier\'s list. The complex is easily seen naked eye so who first saw it is unknown to history. Mayan\'s, Ptolemy and others have some claim to its discovery. The first telescopic discovery is usually credited to Nicolas Peiresc on November 24, 1610. Shortly thereafter a more detailed description comparing it to a comet of 1618 was made by Johann Baptist Cysat who may have described the Trapezium cluster as he referred to the nebula coming out of a bright rectangular object. Galileo saw three of the Trapezium\'s stars on February 4, 1617 but never mentions the nebula. The first sketching of it is normally said to be by Giovanni Battista Hodierna in 1684 but went unnoticed until 1985. Charles Messier saw the nebula and three of the Trapezium stars when he recorded it on March 4, 1769. It wasn\'t until 1865 when William Huggins showed spectroscopically it was made of \"luminous gas\" rather than unresolved stars. In 1889 Henry Draper took the first photo of it using an 11\" refractor. Robert Trumpler gave the central star cluster consisting of 4 bright stars and hundreds of fainter ones, best seen in infrared light, the name Trapezium for the geometric shape of the four brightest stars. Now M42 and 43 must be the most photographed Messier object and maybe the most photographed astronomical object other than the moon and maybe planets like Jupiter and Saturn.

Yet I only took a halfhearted attempt at it back in early January 2007, gave it a quick and dirty processing and never went back to it. Common objects like this just don\'t interest me but I had to take it since that\'s expected, as are the other Messier objects within reach of my 47N latitude. Also, it is too big for my field needing at least 4 frames to be covered completely. I\'ll let others do it. 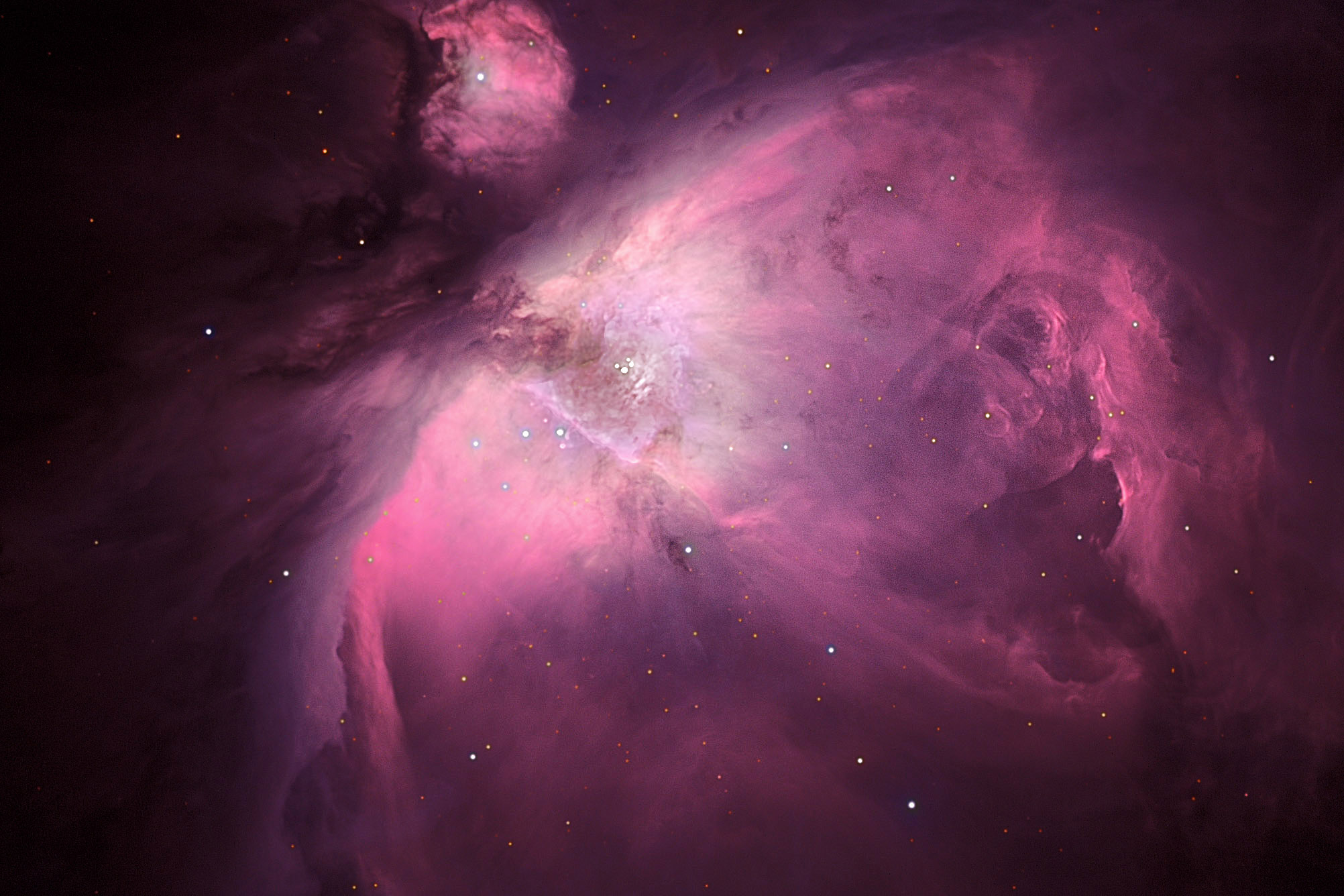