M 47/NGC 2422 is a very coarse open cluster about 1600 light-years distant in Puppis. In my skies, it is an easy naked eye object, seen as a fuzzy patch. It is a good object for very small telescopes. Spread over an area of the sky the size of the full moon it is too big for my field of view. Even though it doesn\'t fit my field of view I had to image it as I\'m trying to image all M objects I can reach from my latitude. Some are just too low, unfortunately. I\'m displaying it at 1.5\" per pixel as it is so spread out that helps a bit. WEBDA puts its age at a bit over 70 million years so many of its hot blue stars are still shining for us to see. This plus its closeness makes it a naked eye cluster though individual stars can\'t be seen without a bit of optical aid such as a pair of binoculars.

Located in the winter Milky Way M 47 is seen against a rather strong star field. It contains some 50 stars in an area about 14 light-years across. Its age is estimated to be 72 to 78 million years.

SEDS reports the cluster was first seen by Hodierna prior to 1654. Messier rediscovered it over 100 years later. Considering it is a rather easy naked eye object I find this surprising. Messier found it on February 19, 1771, but gave a wrong sign with his position so it was still lost. Caroline Herschel then found it in early 1783. Still, she gets no official credit because her brother, William Herschel found it yet again on February 4, 1785. Dreyer then gave him the credit. How you lose a naked eye cluster so many times I can\'t explain. Hodierna was a Sicilian astronomer who found 19 major objects long before anyone else with his basic Galilean telescope yet gets no credit because his discoveries were published in an obscure Italian publication no one read. You can read more on him at http://messier.seds.org/xtra/similar/hodierna.html and http://messier.seds.org/xtra/Bios/hodierna.html

Before you say there are no galaxies in the image NED lists two. They are faint and star-like with little data available, not even an estimated magnitude. 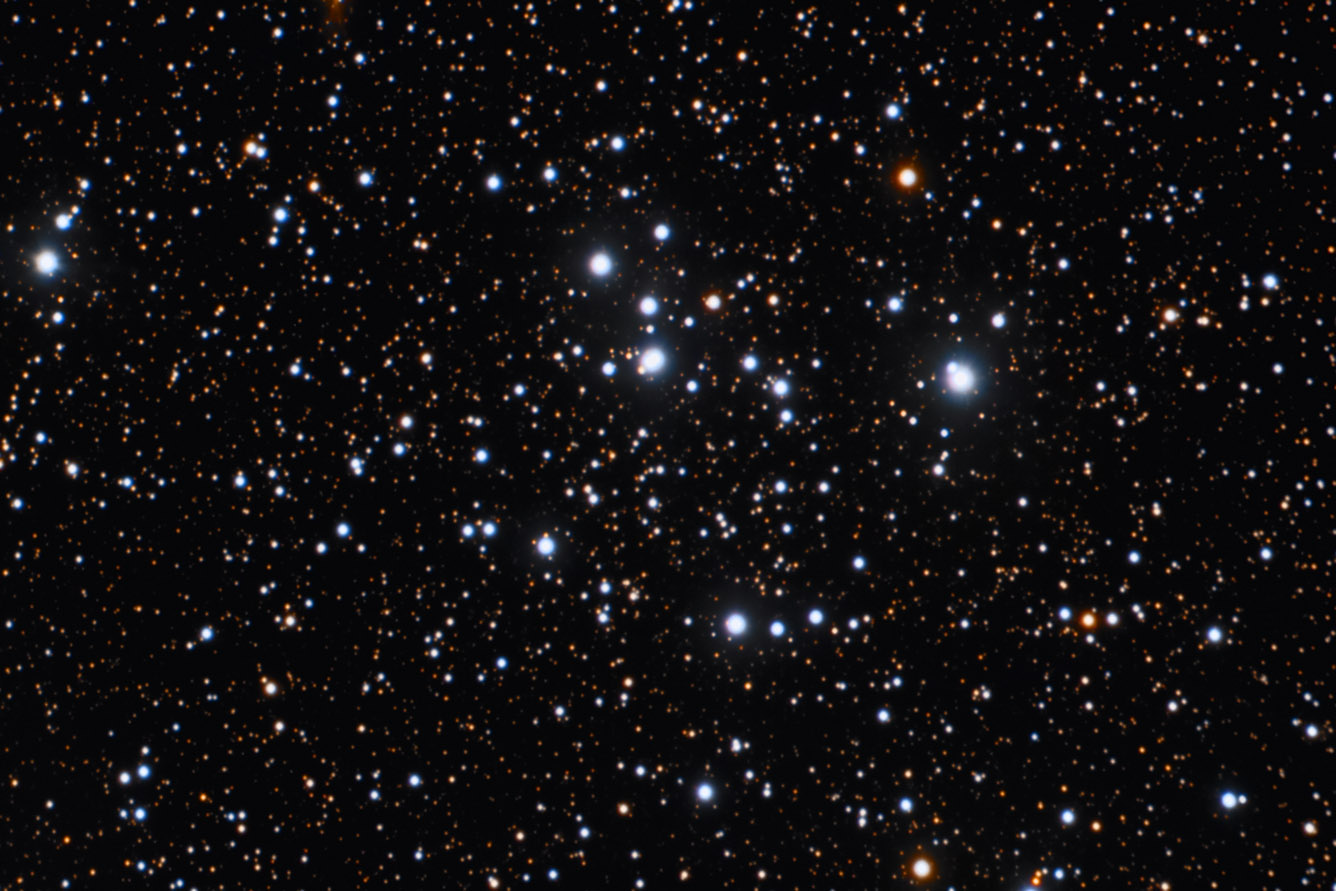