M48 is an open cluster is western Hydra. I find distance estimates of 1500 and 2000 light-years. It is some 50+ minutes across if you include the outlying stars. Most of them, however, fit within my much smaller field of view.

There are quite a few galaxies behind the cluster but only a very few (7) are listed in NED, none with distance data. All are in the 2MASX catalog of IR sources.

There\'s one known asteroid in the image (73488) 2002 PO90 at magnitude 17.9. It is halfway from the center to the lower left corner. It appears as two short 10 minute trails followed by a 20 minute trail with gaps for 15 minutes of color data. Sort of a U in Morse Code.

M48 was discovered by Charles Messier on February 18, 1771 but he got the declination nearly 4 degrees off so it was quickly lost. Johann Bode then found it sometime before 1782 but this went unnoticed by Dreyer. Dreyer then gave credit to Caroline Herschel who found it as NGC 2548 according to Dreyer based on John Herschel\'s confirmation of Caroline\'s discovery on August 3, 1783. It wasn\'t until 1934 that Oswald Thomas pointed out the error Messier made showing NGC 2548 was indeed the lost M48. But even that wasn\'t generally accepted until it was again suggested in 1959 by T. F. Morris and finally it was generally accepted the two were one and the same. Did the world trust Canadian astronomers (Morris) more than Romanian ones (Thomas)? You can read a bit on this at: http://messier.seds.org/m/m048.html

Seeing wasn\'t very good this night so stars are somewhat distorted and rather flat looking. Ice crystals filled the air scattering, especially blue light. I didn\'t know how to compensate the many years ago this was taken and processed. I need to reprocess it but for now, this will have to do. 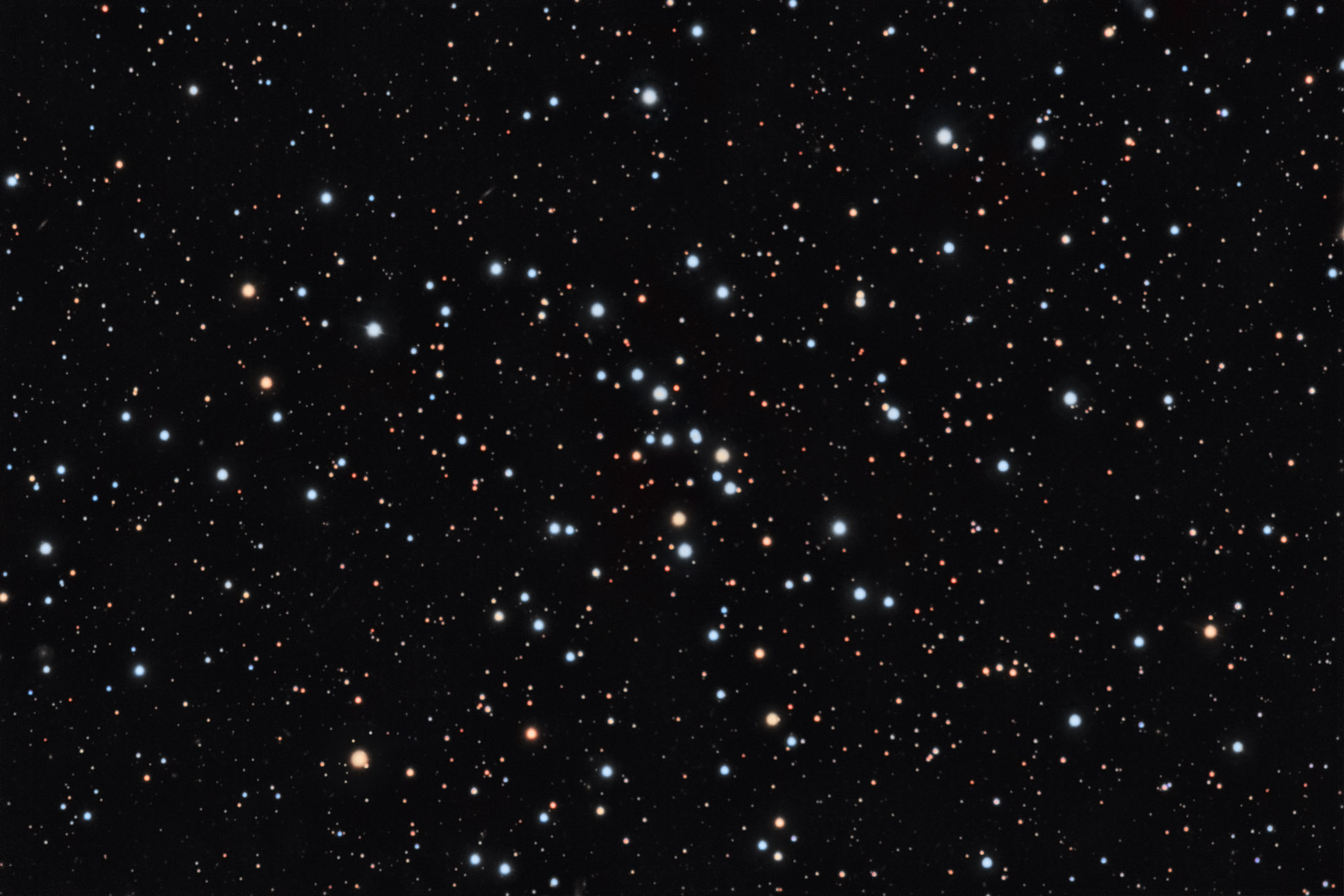