M52 is a nice rich open cluster in Cassiopeia. One every imager usually does early in their career. Seems I waited until late 2010 to take it. Not sure why it took me so long to get to it. Fortunately, it was a better night so the stars sparkle. I\'ve found star clusters don\'t image well with my system on an average night though that\'s usually when I take them.

The distance to M52 is rather uncertain. It is hiding behind a lot of obscuring dust which makes determining its distance rather uncertain. I found estimates ranging from 3000 to 7000 light-years. Most values though were in the 5000 light-year range though WEBDA says 4600. WEBDA puts its age at 58 million years though other sources say 35 million.

I found this dust rather robbed the blue from the stars in my image. I don\'t think I fully compensated. The background of orange stars is far greater than normal. I couldn\'t find a G2V star behind this dust to calibrate on. I probably should have tried more modern techniques like eXcalibrator but hadn\'t explored that in 2010. Normally I\'ve been satisfied with G2v balancing as used here but it doesn\'t compensate for reddening which WEBDA says was .65 magnitudes hence the slight loss of blue.

While Messier didn\'t discover all the objects in his list -- other astronomers of the day would tell him about their finds which he\'d add to the list -- this is one of his first discoveries. He found it when a comet he was following went near it on Sept. 7, 1774. William Herschel had this to say about the cluster: \"This is a cluster of pretty condensed stars of different sizes. It is situated in a very rich part of the heavens and can hardly be called insulated, it may only be a very condensed part of the Milky Way which is here much divided and scattered. It is however so far drawn together with some accumulation that it may be called a cluster of the third order.”

Some sources say the brightest star, rather yellow-orange in my image right of center, is not a member of the cluster. 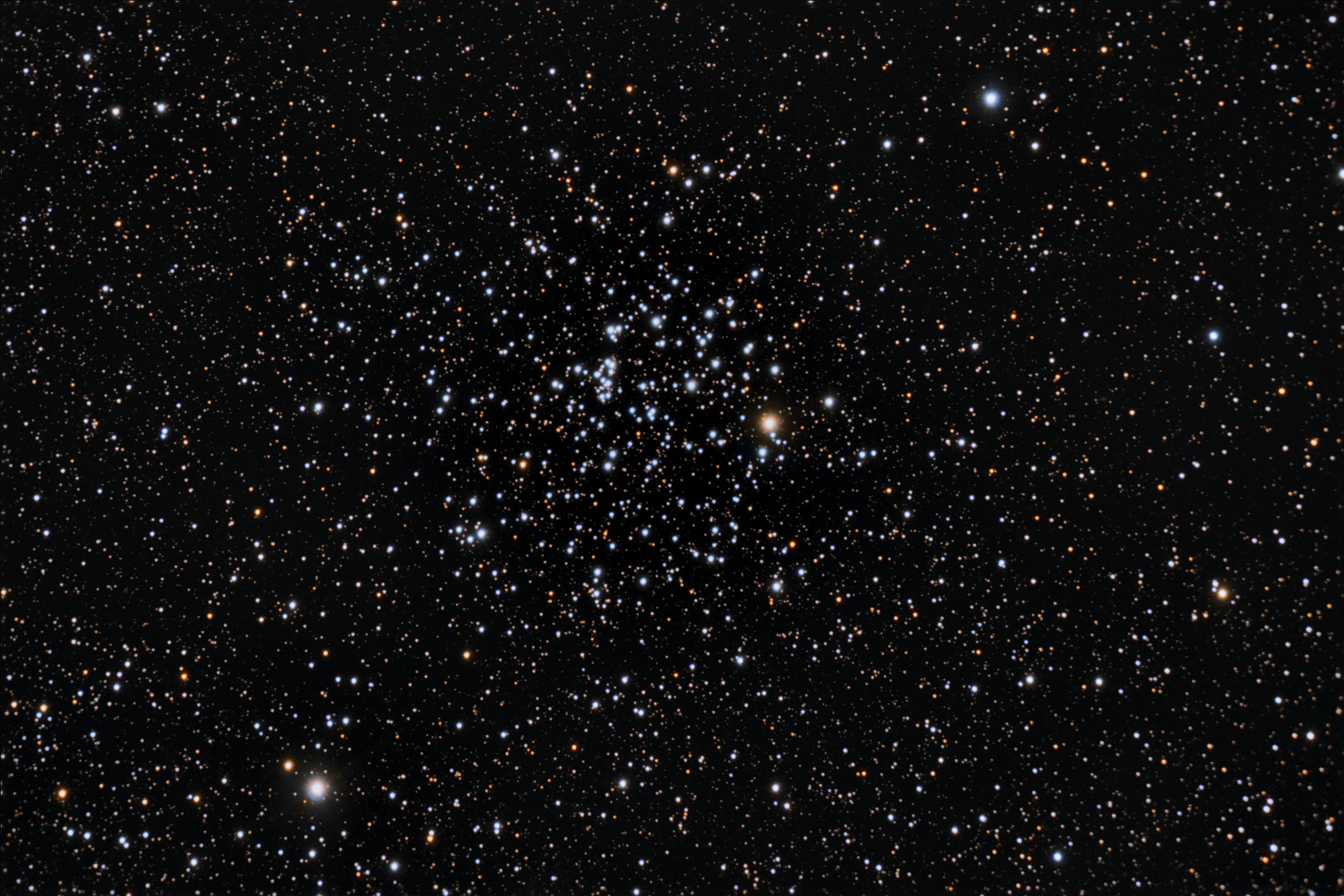