M58 is a barred spiral in Virgo. NED classifies it as SAB(rs)b;LINER Sy1.9 so it has an active nucleus that is still chowing down on something. However, its weak blue arm color would indicate anemic star formation. Could this be due to the active black hole at its core? Some studies show a quasar level black hole can stifle star formation. This one isn\'t that active but the galaxy seems to have the dust and gas needed for star formation that isn\'t happening at a pace many would suspect it should. While it is one of the brighter M objects in the Virgo Cluster Messier\'s comment is rather odd. When he found it on April 15, 1779 he described it as very faint, so faint it vanished at the slightest illumination of his micrometer wires. John Herschel, Dreyer and others saw it a very bright, especially towards the middle. I had to hold back its core region when processing this one so I have to wonder if Messier was observing on a rather poor night for transparency.

For more on this see http://messier.seds.org/m/m058.html 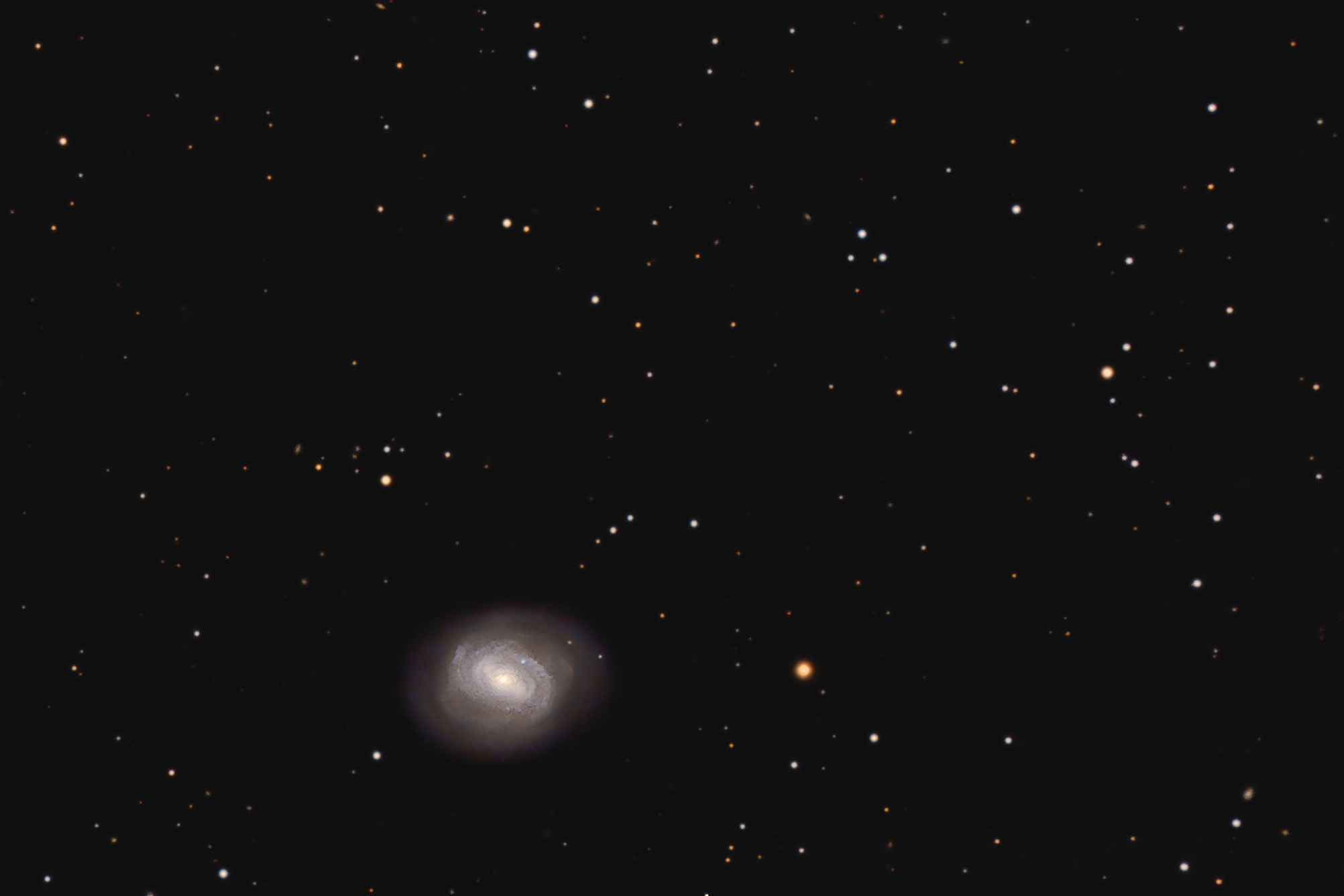