M63 is a rather famous galaxy in Coma Berenices often called the Sunflower Galaxy. It is thought to be about 35 to 37 million light-years distant. It was found by Pierre Méchain on June 14, 1779 and immediately reported to Charlies Messier who recorded it in his catalog the very same day. It is one of the first spiral galaxies to be seen as a spiral. Deep photos show star streams especially to the north as faintly seen in this image: https://apod.nasa.gov/apod/image/1608/M63LRGBVermetteR.jpg

An HST image of the core flocculent region can be seen here: https://apod.nasa.gov/apod/image/1611/M63_Hubble_1098.jpg

What happened to the galaxy that created these. Some sources say it is UGCA 342 which is the squiggle seen below a bright star right of the galaxy in the above photo. But this is apparently incorrect. It appears no one can answer this question. You can read more about it at http://iopscience.iop.org/article/10.1088/0004-6256/142/5/166

The night I took this image back in April 2007 was very poor and my image fails to pick up much of the galaxies outer regions. I need to retake it with a lot more time. For now, this will have to do. 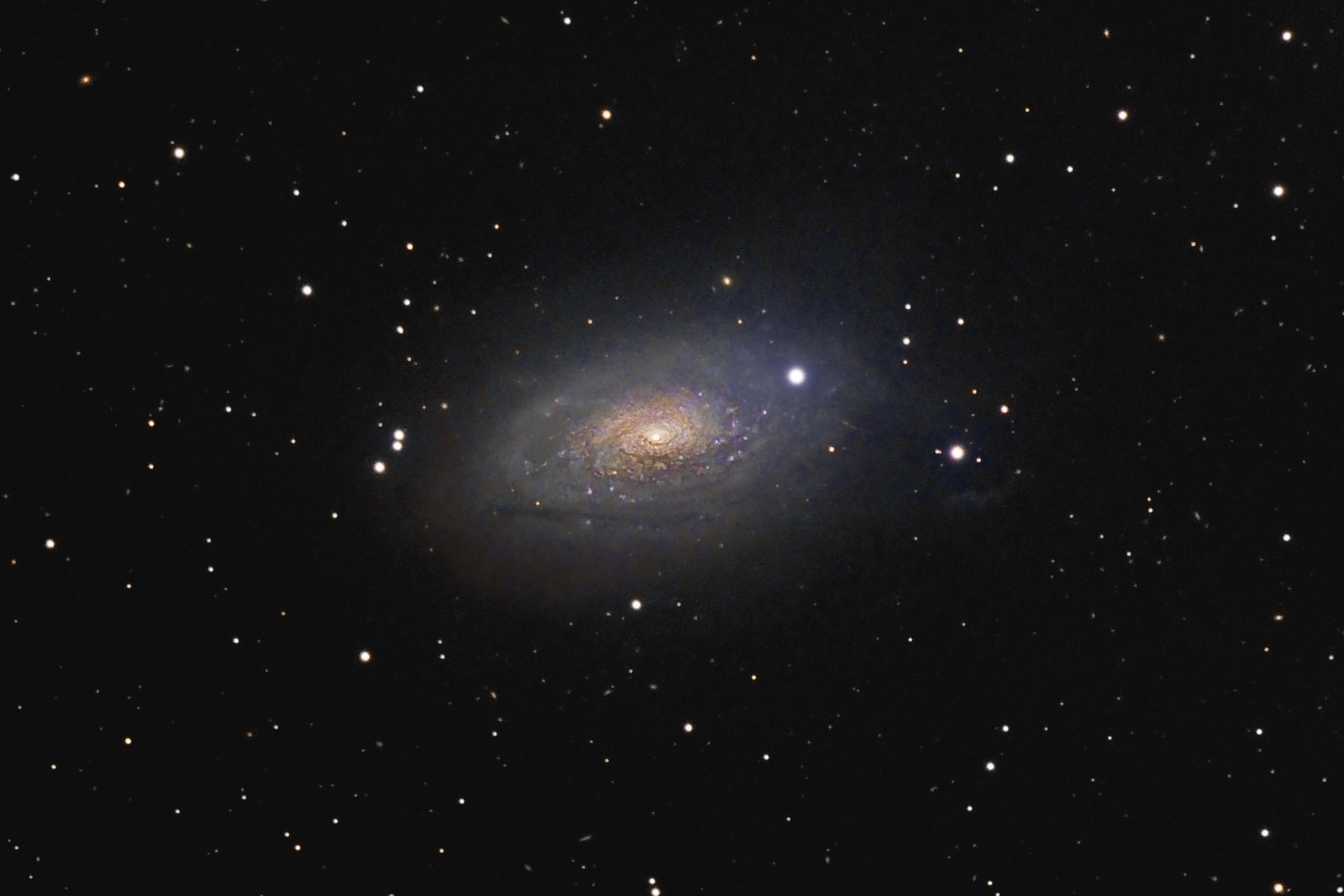