M65 is a SAB(rs)a LINER galaxy in Leo. It is part of the Leo Triplet also known as Arp 317. Most put its distance, along with the other two, M66 and NGC 3628 at about 35 million light-years. In another entry here I show it with a fading supernova. This image was taken years earlier when I had little experience with both digital imaging and processing so isn\'t all that great. See the M65SN entry for a much better image.

Compared to M66 it is very low in dust and gas with little star formation going on due to lack of needed ingredients. Being composed mostly of older stars it is much redder in color than its companion M66. Still, the extensive dust lanes would indicate that under the right conditions star formation could again commence in this galaxy if there\'s enough hydrogen among all that dust which seems rather likely.

For more information from SEDS: http://messier.seds.org/m/m065.html 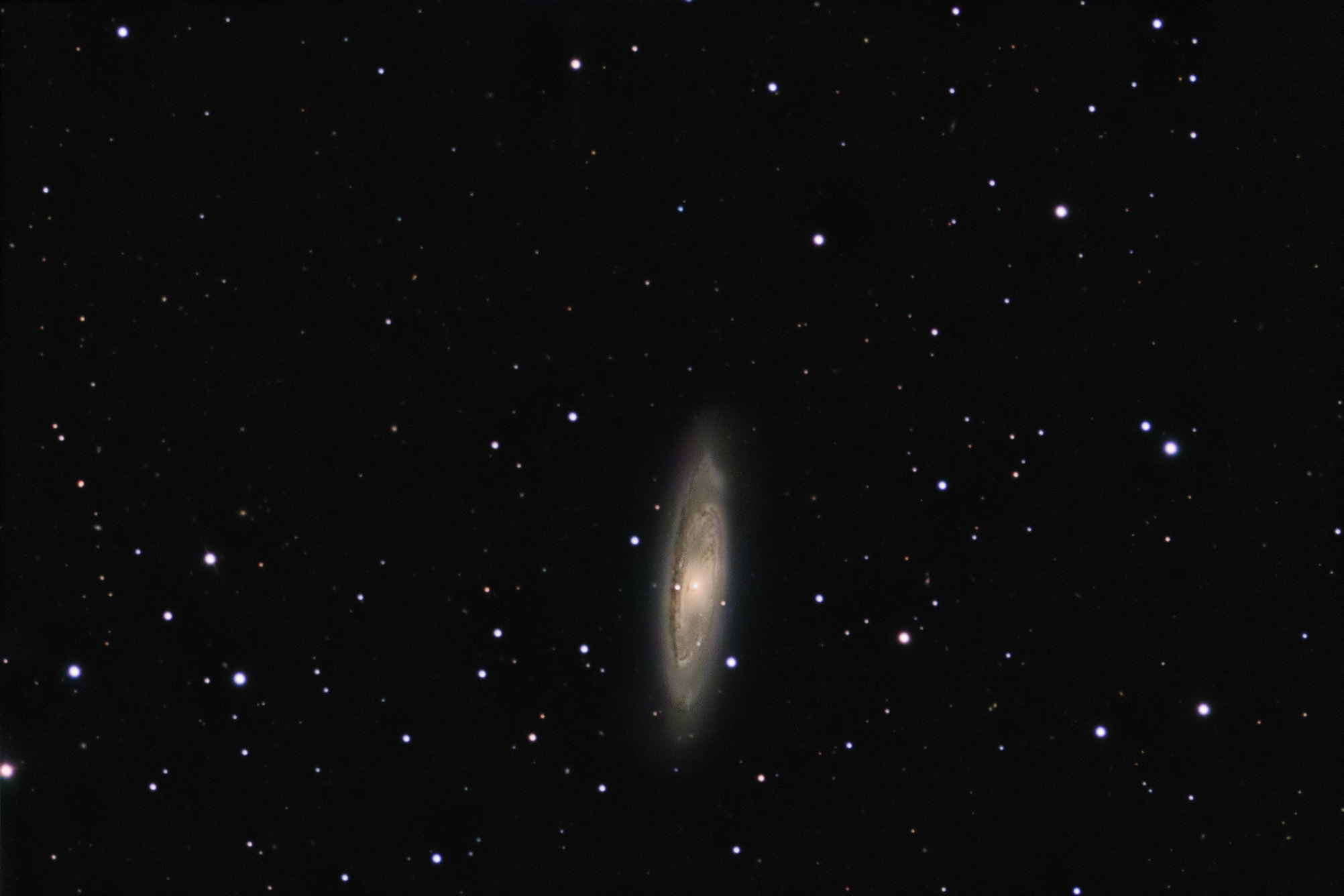