M67 is an open star cluster in Cancer. While it is considered a very old cluster its age is still heavily debated. WEBDA gives an age of 9.3 billion years, nearly the age of the galaxy and more in line with a globular cluster than an open cluster. Others say 3 to 4 billion years for it. Due to its age, it lacks the bright blue stars seen in most open clusters. It seems to contain some A stars which would argue against the WEBDA age as those stars would have long since died though could they just be field stars rather than cluster members. I didn\'t find motion studies of the stars which should answer such questions. Most sources do agree it is about 3,000 light-years or a bit less distant. WEBDA says 2960 while SEDS says 2700 for example.

My image lacks a lot of stars due to being taken through heavy clouds. I was only able to salvage two luminance frames and those were heavily hit. But the main cluster shows up. I do miss the 200 or so white dwarf stars it contains which are the remains of the hot blue stars normally seen in such clusters. It must have been a grand site when they were still main sequence stars.

The cluster was first discovered by Johann Koehler sometime in 1779 or maybe earlier. Messier recorded it on April 6, 1780. 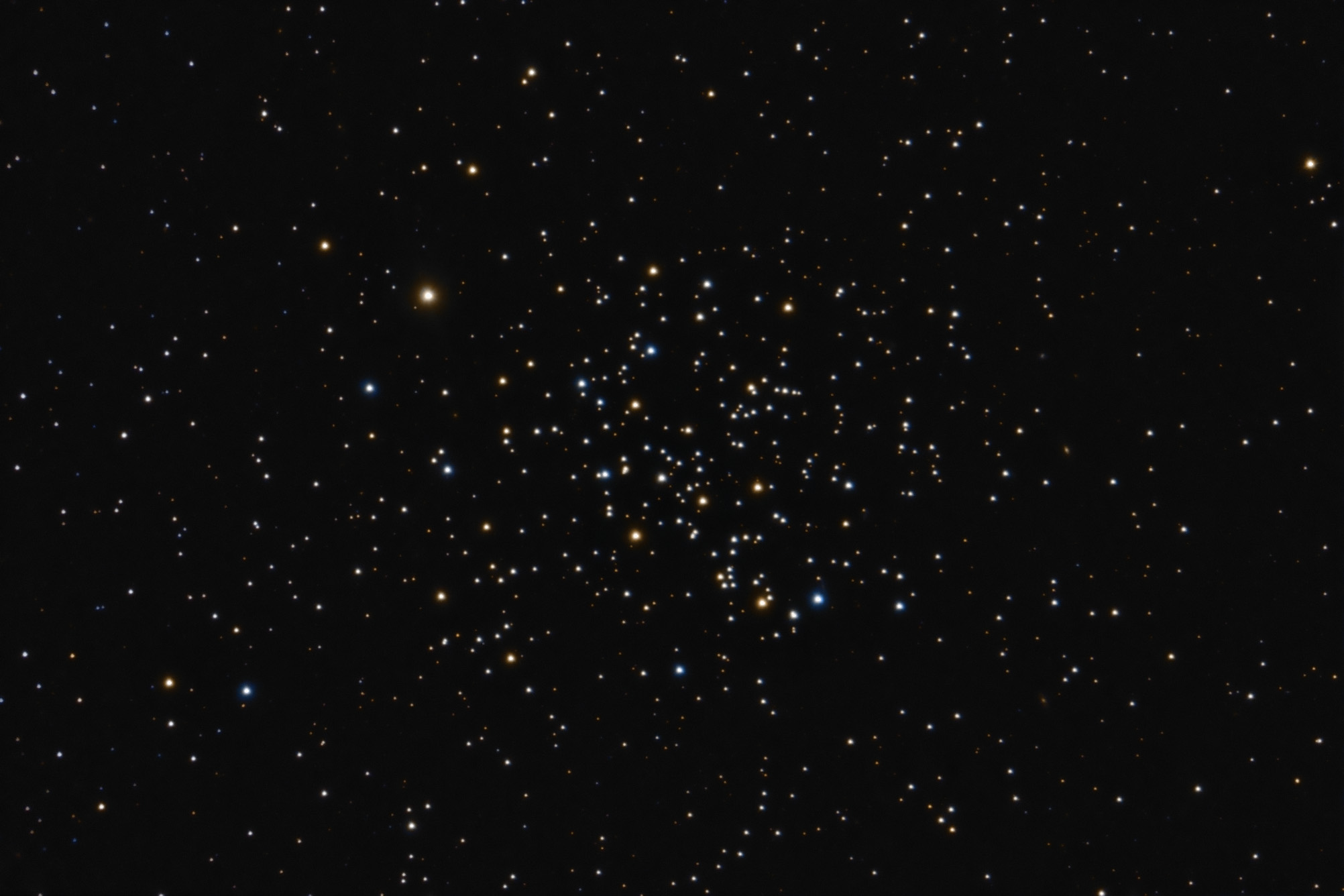