M73 is a probable asterism of 4 stars in western Aquarius. It was discovered by Charles Messier on October 4, 1780 who realized it was just 4 stars. So why did he include it in his list? Messier gave us the answer when he wrote of finding M73: \"Cluster of three or four small stars, which resembles a nebula at first glance, containing very little nebulosity; this cluster is located on the parallel [of declination] of the preceding [M 72]; its position has been determined from the same star [Nu Aquarii].\" So he found it while logging nearby M72 and thought it possible someone with an inferior scope might see it as nebulous. while there he added it to the list.

There has been a lot of debate whether these 4 stars are related or not. Hipparcos data is a bit too unreliable to solve the issue. Latest measurements seem to indicate this is an asterism but the issue is still undecided. You can read about several studies coming to different conclusions at:
http://messier.seds.org/m/m073.html

WEBDA does appear to consider it a star cluster giving it the ripe old age of 2.5 billion years and a distance of 2000 light-years.

I vote for asterism even though one analysis says the odds are 1 in 4 that it is an asterism.

Only about 10 galaxies in the field are listed in NED, all being IR strong galaxies from the 2MASS survey. The brightest is 2MASX J20595407-1227455 in the upper left corner at magnitude 16.06. None of the others even have a magnitude listed.

This was a quick image with half my usual exposure data. It was a quicky while killing time until the next object on my list came into position. I\'d imaged the double star Arp 40 discovering a nice pair of galaxies in the field that are rarely imaged. I was hoping something might turn up in this tiny group\'s field. Nothing much did but I\'ve finally, after nearly 60 years of astrophotography finally got an image of it, short as it is. 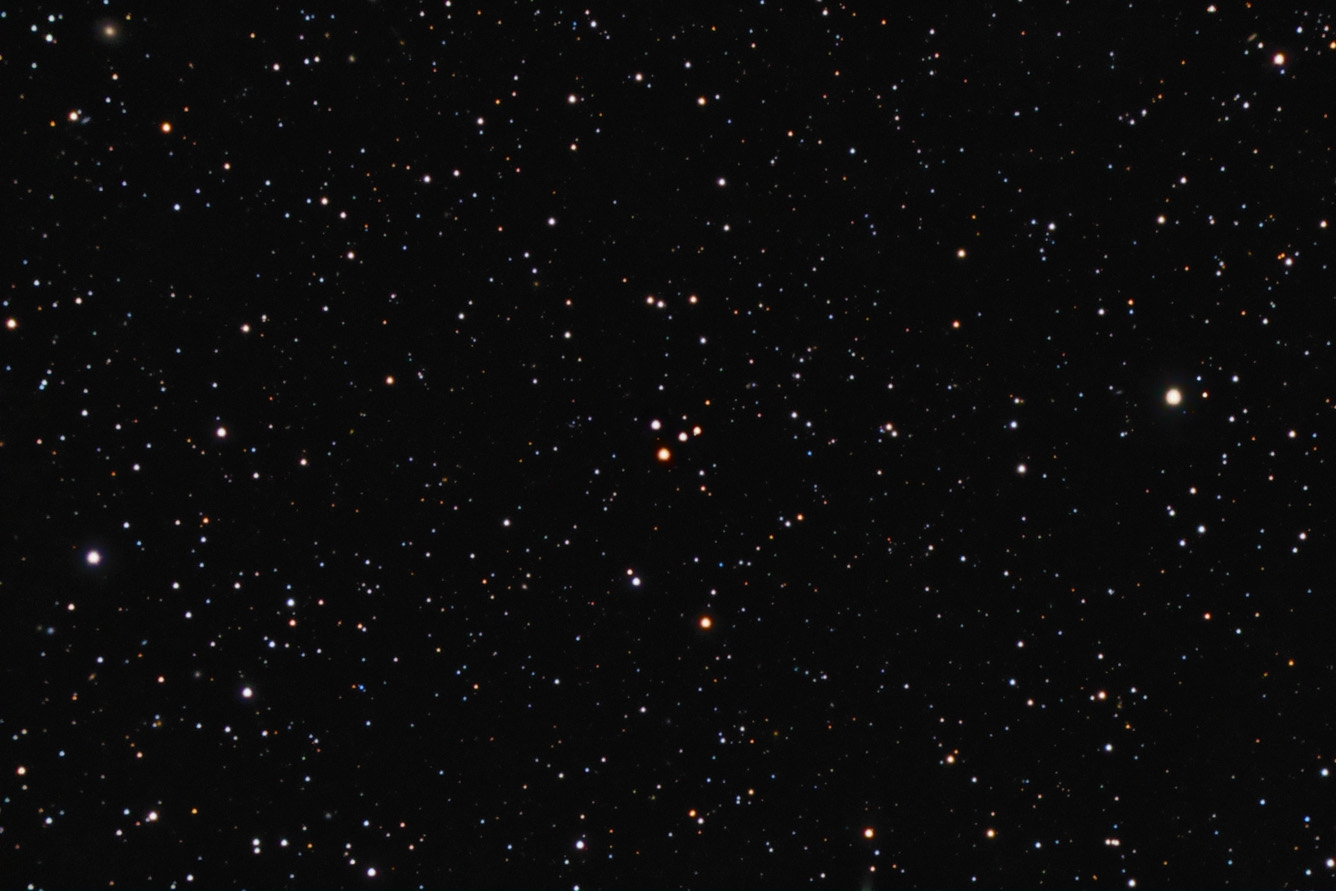