M88 is one of the brighter members of the Virgo Cluster of galaxies; known to amateurs as \"The Realm of the Galaxies\". The cluster is located about 60 million light-years away which makes it the nearest major galaxy cluster containing thousands of galaxies. A few dozen were bright enough for Messier to see in his very small telescope. M88 is one of 8 galaxies he found in one night. He had no idea what they were or anything but they looked like fuzzy spots of light not much different than a comet looked in his scope. In fact, he listed these so he and other comet hunters wouldn\'t be fooled into thinking they\'d found a comet. Other comet hunters would tell him of their discoveries of such objects as well. From these observations, he came up with a list now known as M objects. Rather than be famous for comet discoveries as he intended he became famous for his list instead.

M88 is a many armed spiral. Some spirals have only one arm, many have two or three but a few have many short spiral arm segments. M88 falls into this last category. You can read a bit more about it at:
http://ftp.seds.org/messier/m/m088.html

The obvious galaxy below M88 is VCC 1400. It likely is another member of the Virgo cluster and thus a dwarf galaxy. Though it isn\'t related to M88 as their redshifts are too different.

This is another early image taken when I couldn\'t deal with moon gradients all that well. As a result, it doesn\'t go nearly as faint as it would if processed today. 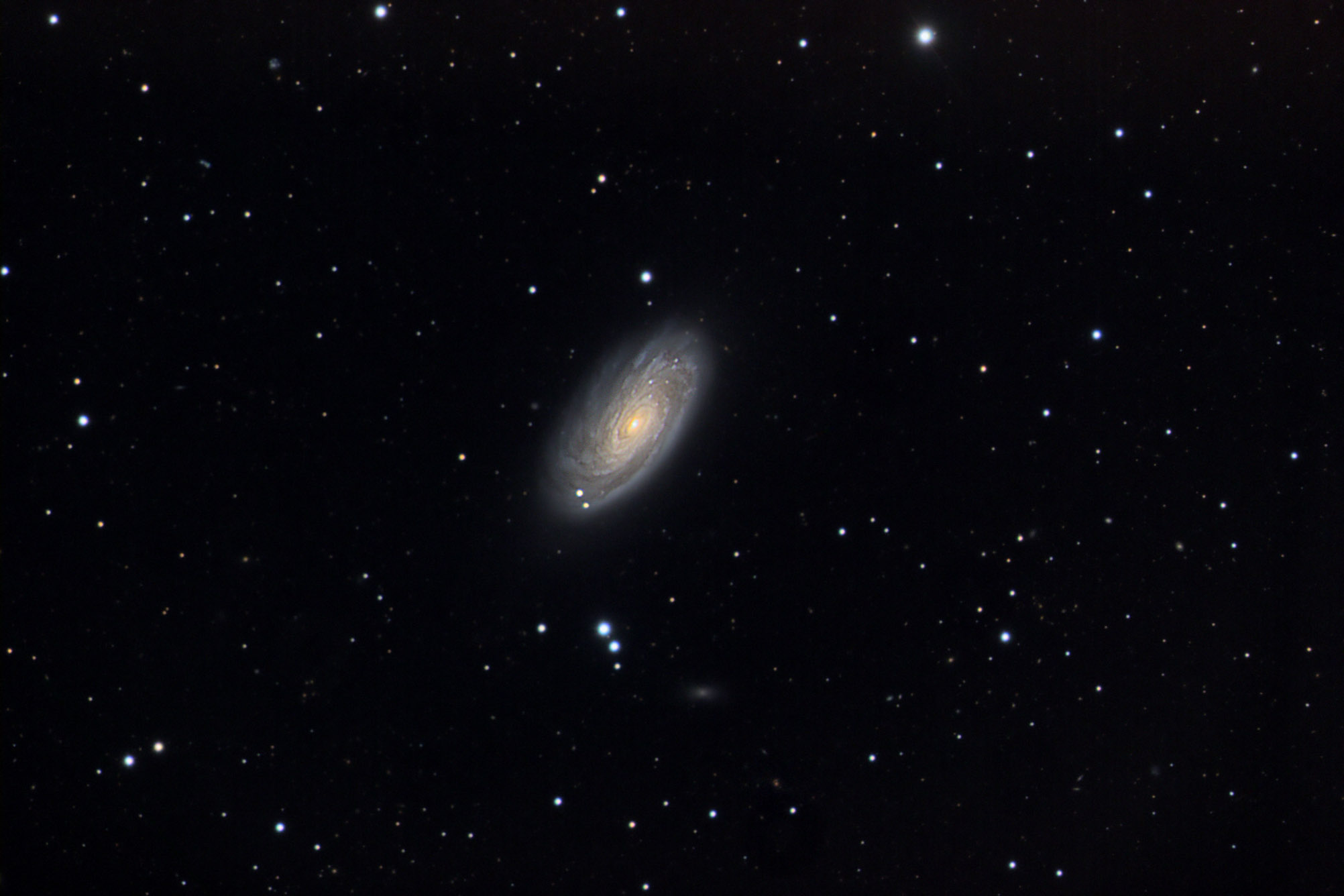