Arp 76 is better known as M 90 and IC 3583. Arp put it in his category for spiral galaxies with small, high surface brightness companions. The redshift of M 90 is actually a blue shift indicating it is moving toward us. Still, there\'s good reason to put the galaxy about the middle of the Virgo Cluster and thus about 60 million light-years distant. IC 3583, the \"companion\" on the other hand has a redshift that puts it about 67 million light-years distant. It does appear somewhat distorted. While it was considered a possible companion of M 90 at the time of Arp\'s atlas most today doubt that due to the very different redshifts meaning any interaction would have happened at such high speed neither would have noticed the passage. M90 is classified by NED as SAB(rs)ab;LINER;Sy. The NGC project says simply Sb. Seligman agrees with NED but adds a question mark, SAB(rs)ab?. It was discovered by Charles Messier on March 18, 1781 along with many others. IC 3583 was found by Isaac Roberts on April 29, 1892. Seligman classifies it as SBm? pec. One interesting note at NED discussing if it is a companion of M90 or not reads: \"Non-interacting pair with dwarf IC 3583 at 6.0 arcmin north. Possibly interacting.\" Now that\'s covering your backside!

This image dates back to 2007 when my imaging knowledge was weak and I didn\'t realize I was losing faint details to read noise. Processing was so poor I completely reprocessed it from the original data. In doing so I saw one asteroid (38582) 1999 XE37 at magnitude 17.8 southwest of M90. At the time I wasn\'t doing annotated images and didn\'t take the time for on for this image. 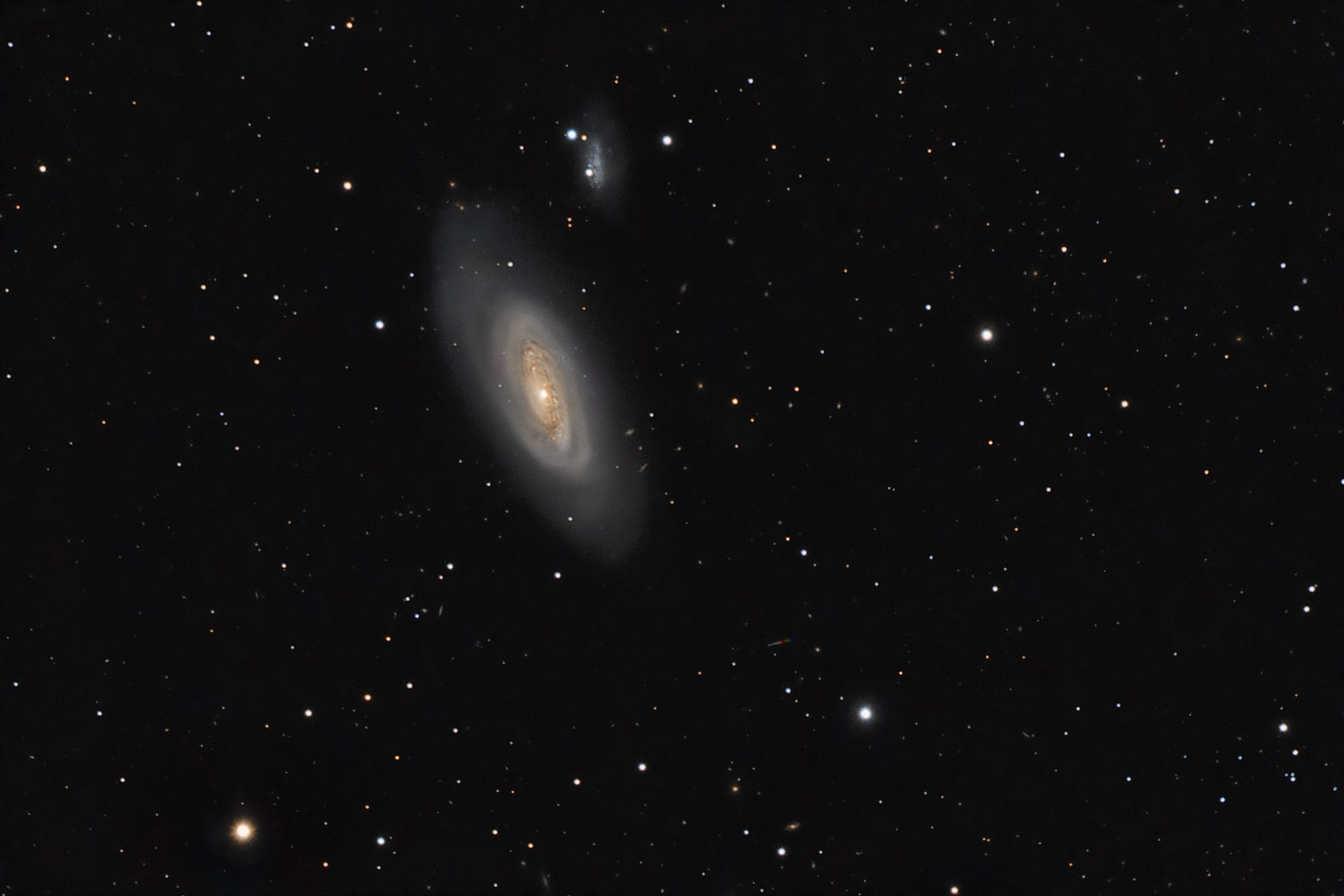