M 96 is a galaxy in Leo near and related to M 95. While M objects are numbered in the order that they were added to the list so can bounce all over the sky M 96 is in the same part of the sky as M 95 and fits in the field of view of a very low power telescope. Both M96 and M95 were discovered the same day by Pierre Méchain, March 20, 1781. Four days later Messier observed and recorded them. The link on M95 discusses this. For more on M96 see: http://messier.seds.org/m/m096.html

Both M 96 and M 95 are at the same distance and show evidence of tidal interaction with another galaxy. Possibly each other and maybe M 105 which is part of the same group. M 96 is also about 38 million light-years distant like the others in the group. Though red shift puts it much further away and NED\'s non-redshift measurements show it a bit closer at 35 million light-years it appears most sources like the 38 million light-year distance. Note the very disturbed core in M 96. Like M 95, I processed this for the core so the outer arms are rather weak. Though in this case they really are weak. As with M 95, many images of this guy overexpose the core missing all the action. But they do pick up a large edge on spiral at the upper left edge of the galaxy in my shot.

Since the above was written in 2007 I\'ve reprocessed the image discovering I lost a lot due to not understanding system noise and severe underexposure. For reasons I can\'t fathom I threw out the original data so can\'t go back to the very beginning to get the most out of my limited data. I prepared an annotated image showing all galaxies for which NED shows redshift distance data. Notice the outer arms of M 96 are so thin a galaxy over 4 billion light-years distant can easily be seen right through them. This indicates virtually no dust and gas exists in the outer rings, just stars. Without dust and gas, no new stars are forming there. Many more galaxies are seen through the outer arms. I assume behind but without distance data, this is just highly likely rather than proven. My color data is very thin so color is highly suspect.

The majority of galaxies in the image all are 730 to 760 million light-years distant. These would seem to be members of some cluster. All NED shows for my field is MSPM 02864 at 750 million light-years. But it gives no size, galaxy count or anything else on it. Somewhat southeast of my field is MSPM 02162 at 740 million light-years. Again no other information is available. Searching one degree around my image center showed no other galaxy clusters at this distance. MSPM stands for the MultiScale Probability Mapping survey. It\'s an automated survey to find galaxies that may be related based on user provided input. So apparently it saw all these galaxies same as I did and lumped them into these groups but since whoever defined the size, count, distance parameters knew what they were that wasn\'t preserved at least in the data NED used. I didn\'t take time to dig further. If someone does please let me know what you find and I\'ll include it here.

Several asteroids were within my image frame but due to my poor technique, only two are seen even in the raw data. There\'s a wide gap between the luminance trails, far wider than can be explained by my taking the color data halfway through the luminance. If I kept notes they were discarded with the original data so I can only surmise that clouds stopped the imaging for a couple hours then skies cleared and I continued. This was back before I had a cloud sensor that does this automatically now. So I knew what happened back then. Not 10 years later, unfortunately. 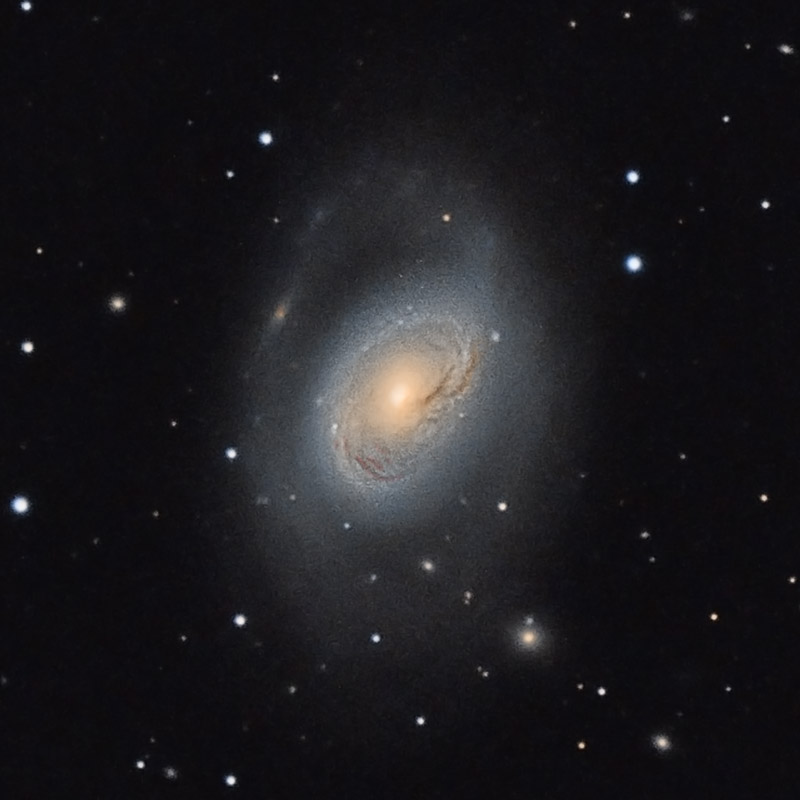 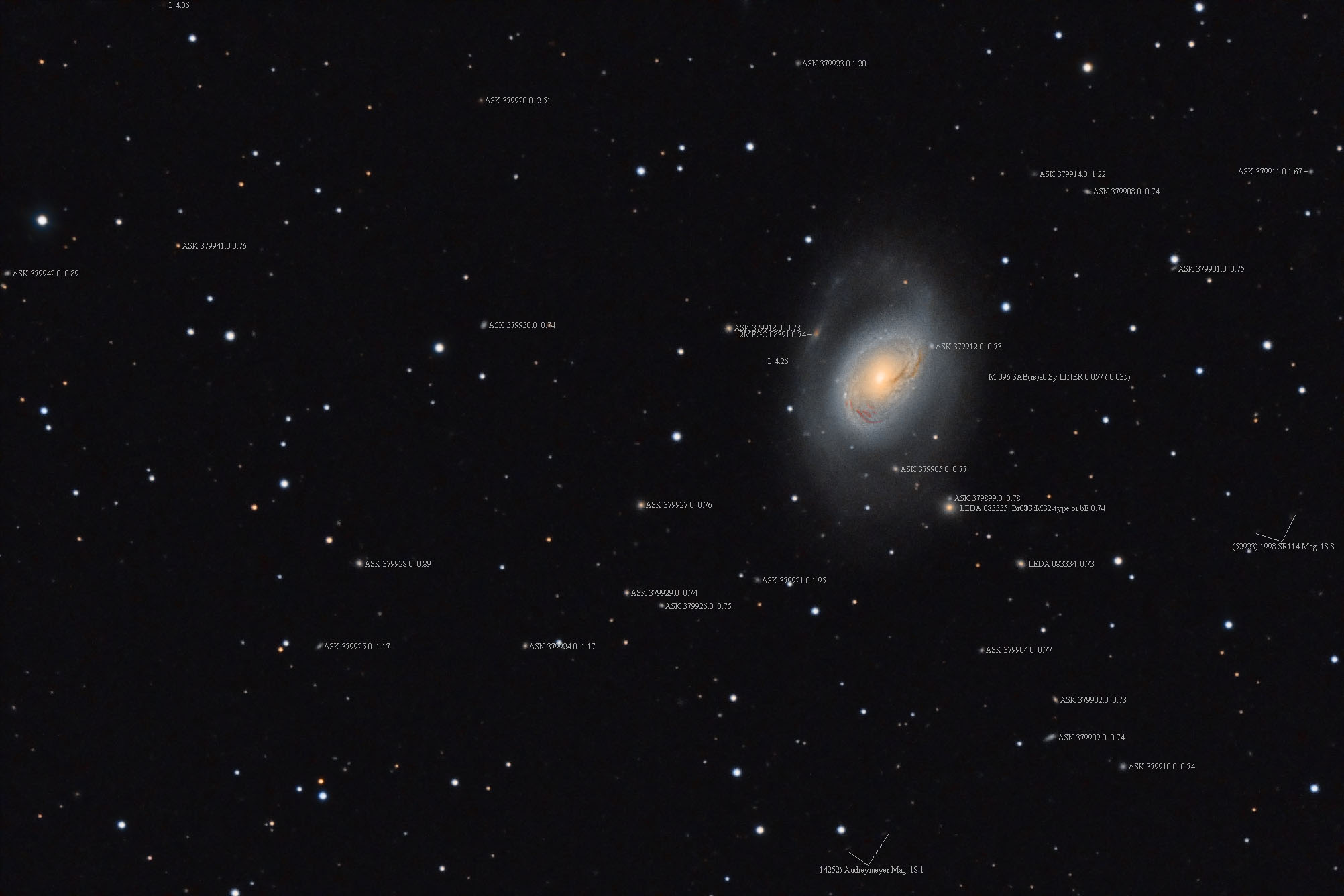 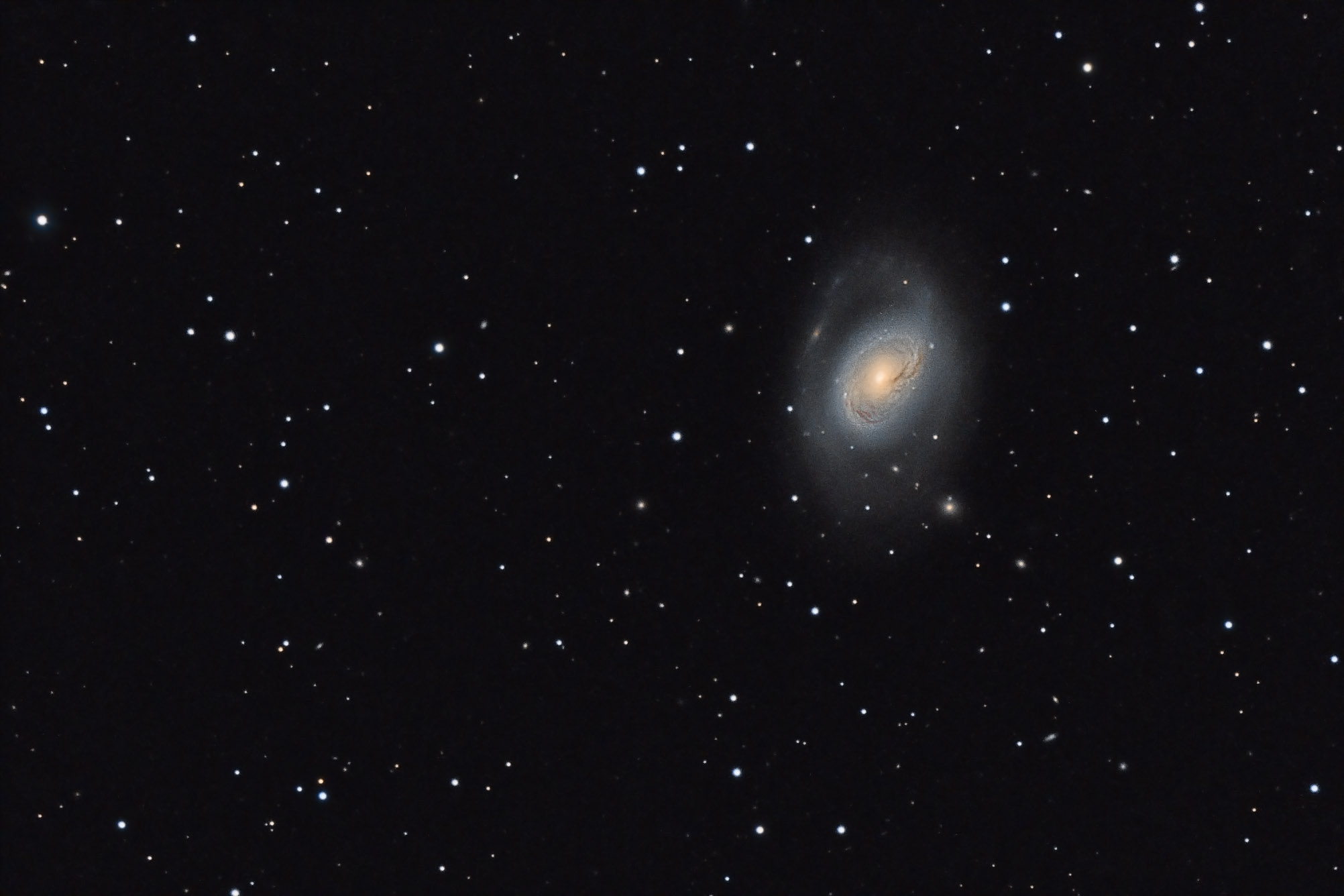