M98 is a somewhat edge on galaxy in the Virgo Cluster. Its redshift is actually a blue shift so can\'t be used to determine its distance. Suffice to say it is about 50 to 60 million light-years from us as that is where much of the Virgo Cluster is. M98 was discovered on March 15, 1781 by Pierre Mťchain who reported it to Charles Messier. Messier then observed and recorded it on April 13, 1781. It is a rather large galaxy, much larger than ours at about 150,000 light-years in diameter by some accounts. I measure a size of 155,000 light-years assuming a distance of 55 million light-years.

NGC 4186 at the bottom of my image was found by Wilhelm Tempel in 1877. I\'ve prepared a partial annotated image pointing out some of the things that interested me. Note the Abell Galaxy cluster near the bottom of the image is listed as being some 28 minutes of arc across so about half of it is out of my frame. One object on the lower right is shown to be an FSRQ. That stands for Flat Spectrum Radio Quasar.

Like many of my images of Messier objects, this one was taken when I first moved to digital imaging and had little idea of what I was doing. I processed it in a way that pretty much wiped out the color of the stars. I need to reprocess it but for now, this will have to do. 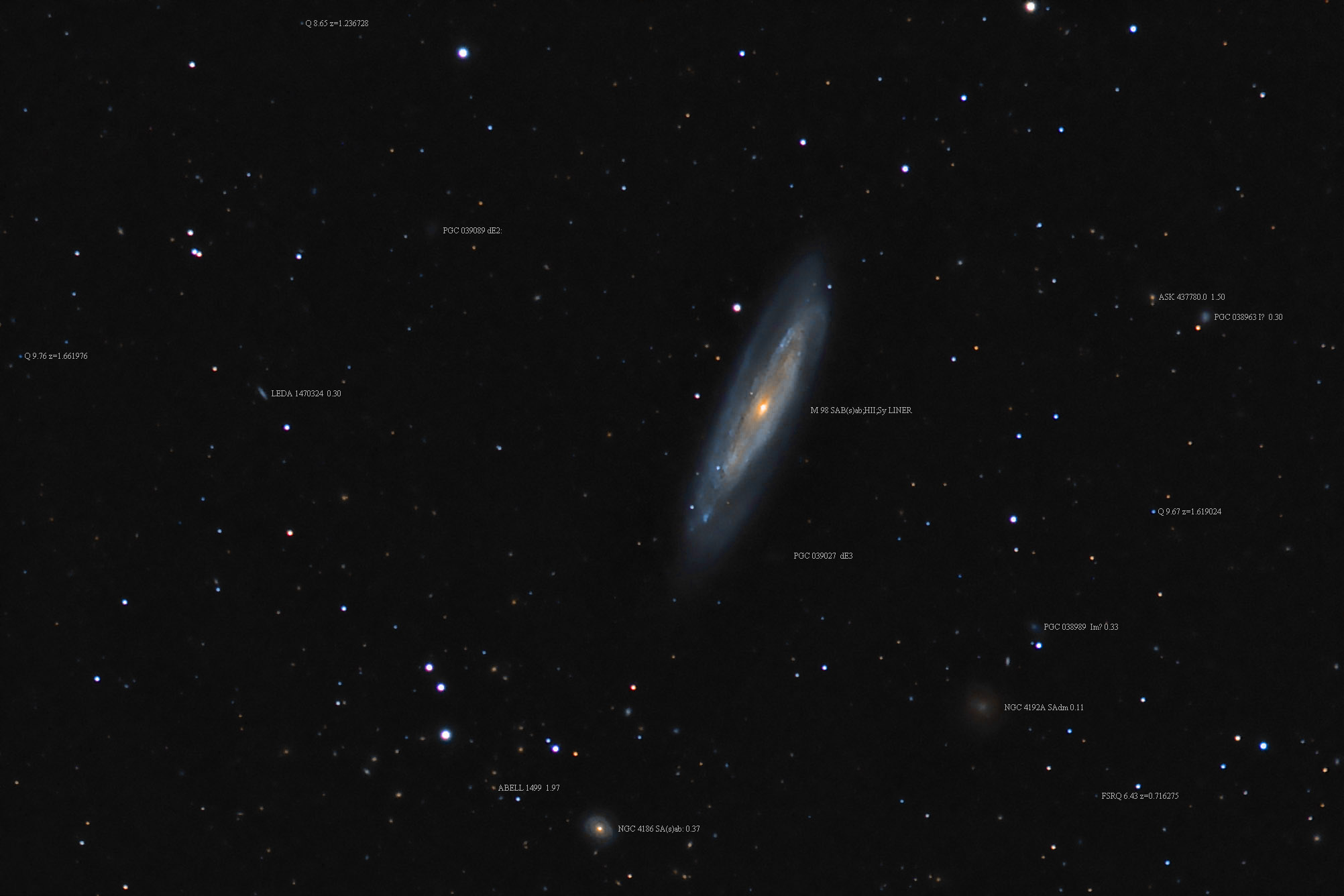