M 100 is one of the brighter members of the Virgo Cluster of galaxies. Its rapid motion in the cluster makes its redshift unusable for distance. Better estimates using other methods put it about 55 to 60 million light-years distant. It was discovered by Pierre Méchain on March 15, 1781, Messier saw and recorded it April 13, 1781. Since it is in a cluster of galaxies you\'d expect to see a lot of neighbors around it and you do. It appears my skies were somewhat cloudy when this was taken but still you can see lots of companions. See the annotated image for details on these.

M100 itself is a great looking face on spiral that appears to have tidally disrupted arms showing it has tangled with other cluster members in the past. You can read more about this galaxy at: http://messier.seds.org/m/m100.html.

NGC 4323 was discovered by Wilhelm Temple in 1882 the same night as he saw NGC 4322 which is just a star. He just mentions he found two very faint objects above M100. Following convention, the western one has been assigned the lower NGC number but some catalogs reverse these two. 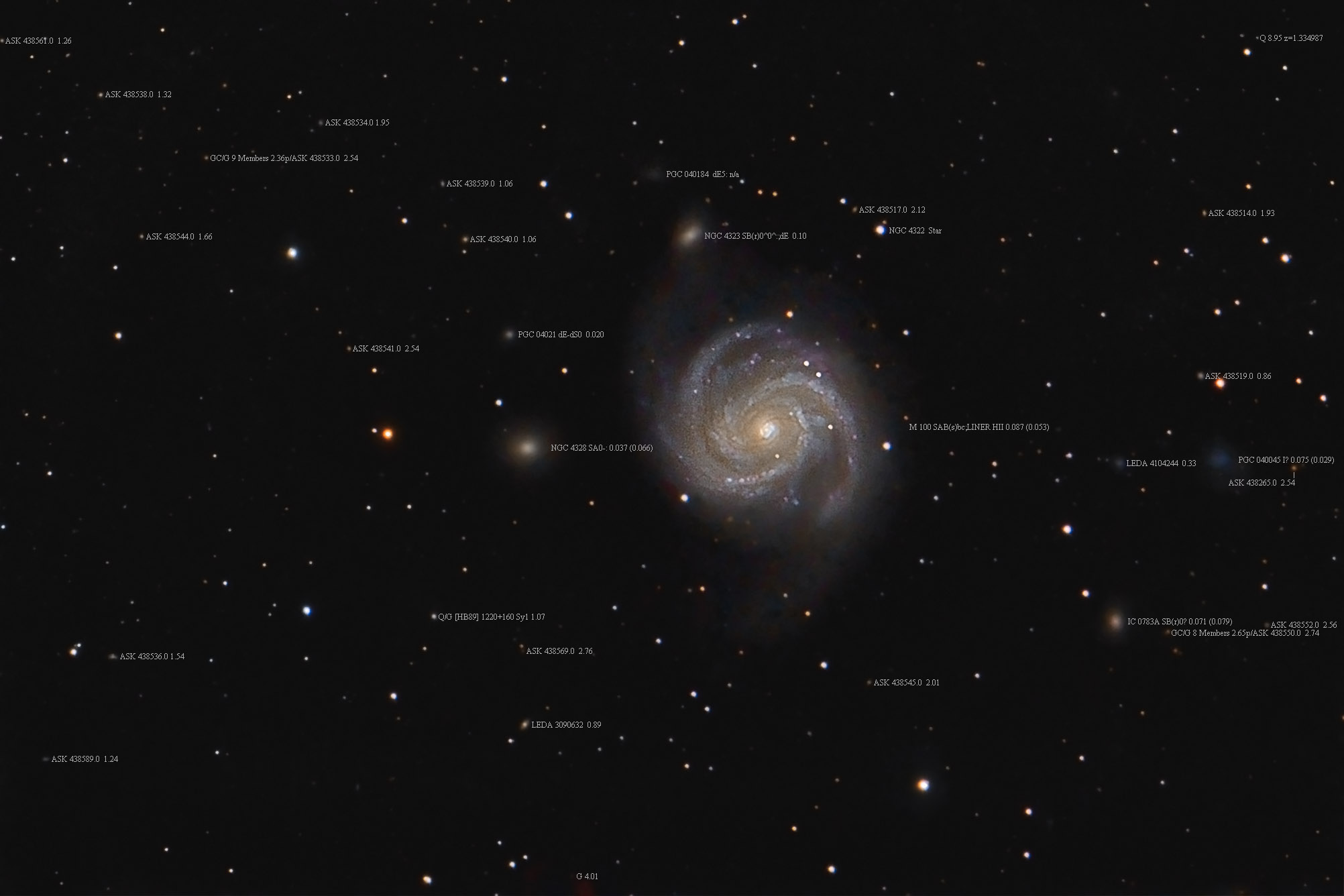 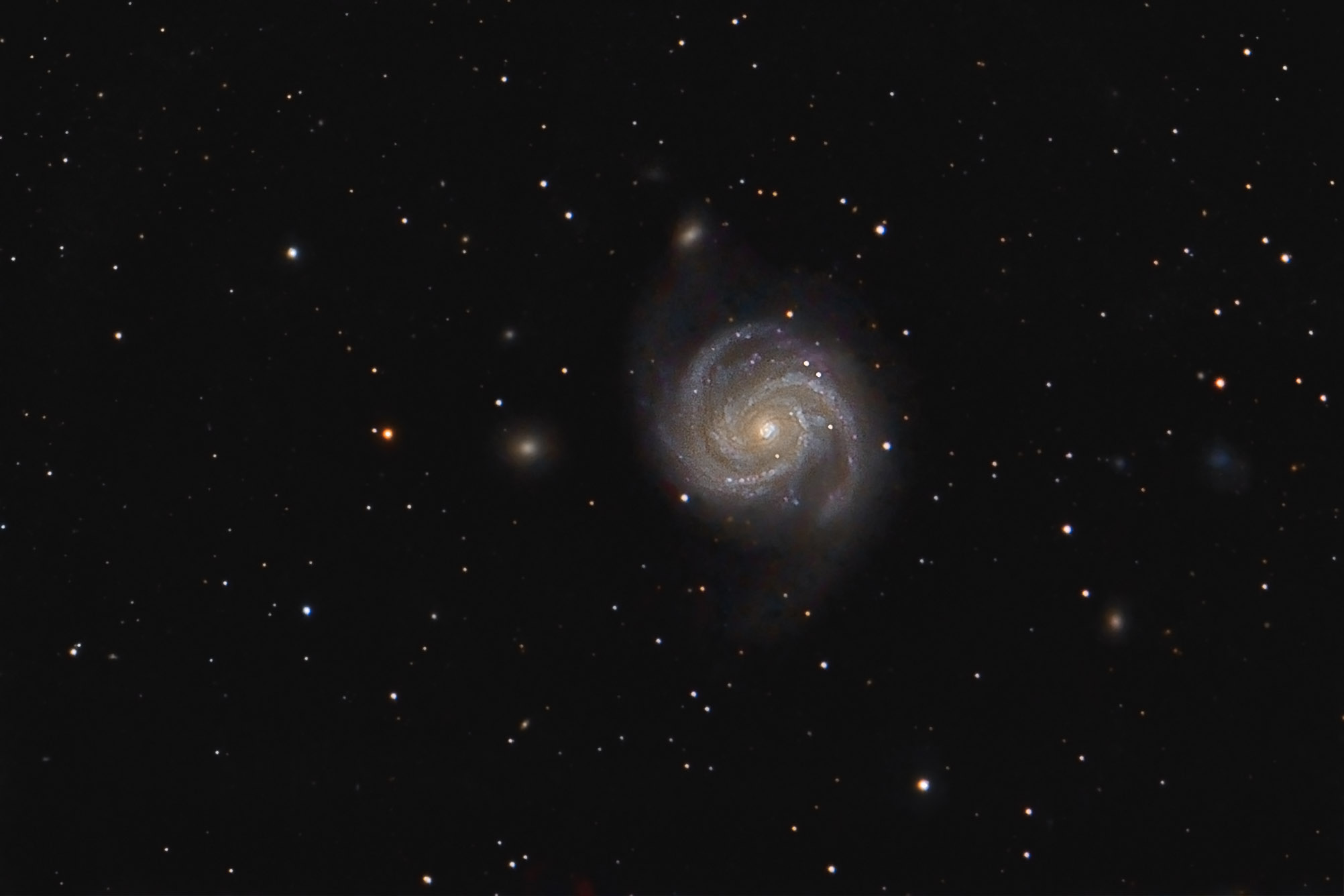